When it was reported yesterday that Hearst Television president Jordan Wertlieb boldly predicted that network television in the 10 PM hour would cease to exist by  next fall, I could only think — “he must have grown up like I did, watching something other than that more nights than not”. 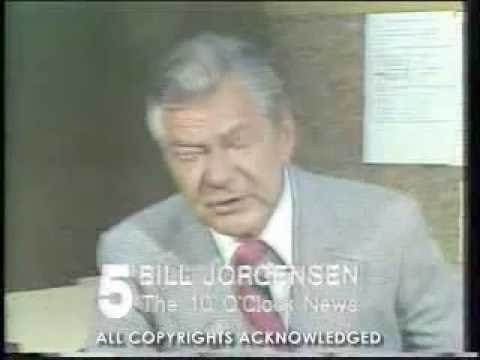 In my house, we were regular viewers of 10 PM newscasts on independent TV stations such as WNEW-TV, which, along with its sister station in Washington, arguably started the exodus of viewers from what was at the time the haven of variety shows and procedural dramas with newscasts aimed at younger working families like mine.  Each night’s telecast would begin with the ominous slide of a dimly lit city street, asking in somber tones “It’s 10 PM.  Do You Know Where Your Children Are?”

The ID served two purposes: one, to alert viewers that the news was upcoming, and, two, to remind parents that it was time to be sure that their kids were indeed home, if only to give them enough peace of mind to settle in and watch.  On many a summer night, it was usually the call to action my mom would need to bellow my name out the back window and make sure I trudged in, where I’d typically find her then shrieking at my dad to stop muttering under his breath about the crime and filth he knew he would have to deal with the next morning.

Those competing newscasts were boons for non-network stations, providing them with longer-form, often higher-rated, and demographically younger-skewing revenue streams that would prove to cut dramatically into the profit potential of groups like Hearst, which then, as now, primarily relied upon traditional “Big Three” affiliates, who program half-hour (well, 35 minute) newscasts at 11 pm that allow for the only local inventory for stations between 8 pm and 1:37 am.

And these days, competition is far greater, particularly for adults under 50.  Since the advent of DVRs, the winning viewing source in the 10-11 PM hour, per Nielsen, is time-shift viewing: shows recorded earlier in the evening, when working families are typically busier, historically commuting and nowadays, simply winding down and catching up with life.  As streaming sources have proliferated, this has provided families and busy younger adults with ample opportunity to watch more populist fare such as reality competitions and yes, still a few sitcoms, on their timetable.

The end result is that networks like NBC are taking an extremely hard, and perhaps justified, look at the economics of continuing to program this hour with expensive scripted series and, more parcohically, deny their profitable owned-and-operated stations a chance at the kind of revenue upside that FOX and CW stations have had since inheriting the legacies of those Metromedia and other strong independents’ longer form late news.  I’ve previously written about my deep respect for Comcast chairman Jeff Shell, who from his FOX days knows all tell well of the upside of aggregating revenue from local inventory versus attempting to find economies of scale on a declining network.  As NBC and Comcast grapple with the reality of trying to keep Peacock competitive, as well as their additional challenges in monetizing late night, there is certainly justification for their own come-to-Jesus reckoning. But when Wertlieb then effectively threw out the wish that other network affiliates would follow suit, I was more than a bit surprised.  Because, in spite of all of this erosion, there are still millions of viewers who do watch broadcast networks at 10 PM–yes, even that night, not a day, week, or month afterwards as is the case wth the majority of scripted originals these dats.  These days, the plurality are watching CBS. 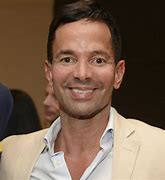 So it was both expected, and accurate, that on the heels of Wertlieb’s wishful thinking CBS president George Cheeks immediately issued a statement that said that, contrary to that opinion, at least his network wasn’t going anywhere.  As THE WRAP reported:

“We are committed to 10 p.m. and continuing our ratings success in that time period,” Cheeks said in a statement. Some of the network’s biggest hits air at 10, including procedural dramas “Blue Bloods,” “FBI: Most Wanted” and “NCIS: Hawai’i.”

CBS’s Dick Wolf block, “FBI,” “FBI: Most Wanted,” and “FBI: International,” continues to deliver top ratings for the network on Tuesdays. Last week‘s total average viewership of “Most Wanted” was up with 5.4 million viewers, according to Nielsen’s live plus same-day figures.

Monday’s episode of “NCIS: Hawai’i” received 0.38 in ratings and nearly 5 million total viewers on average, a full point up in ratings from the week prior.

The Season 13 premiere of “Blue Bloods” was also a win, with 6.4 million viewers.

And the 10 p.m. shows continue to be a strong intro to “The Late Show with Stephen Colbert,” which draws 30% of its viewers from its scripted lead-ins, per the network.

A quick look at the 33 broadcast stations that are in the current Hearst portfolio show only two are affiliated with CBS.  Both in mid-sized markets (Des Moines and Lexington, Kentucky).  Both underperforming their network as a whole.

These days, the idea of appealing to any viewers under 50 with broadcast television is particualrly challenging.  Consider this:  The college graduate who installed an America Online floppy disk in their PC when it debuted nearly 30 years ago, effectively introducing many homes to online video in the first place, is now smack dab in the demo CBS’s 10 PM shows target.  And, of course, more than likely grew up knowing there were other things to watch at 10 PM besides them.

Today’s older viewer is most distinctly not of the mindset nor the complacency of the parents that habitually turned on 10 pm newscasts.  They indeed present an opportunity for networks to appeal to them.  Kudos to Cheeks for reminding people of those facts.

When suits like Wertlieb make sweeping statements like the one he did yesterday, they show a remarkable lack of understanding and respect for the creative community and those that service them to have the chance to appeal to them.  CBS, pure and simple, has done a better overall job at appealing to that audience that the networks that feed Hearst’s bottom line.  They have different issues and priorities.  For that matter, so do Disney and ABC, that so far have declined to comment, but aren’t exactly cleaning clock with their newer 10 PM efforts this year, at least without the buttress of time-shift viewing.

When NBC recently aired a Baltimore Ravens Sunday night football game that lead into Hearst’s WBAL-TV’s late night news, I bet Wertlieb didn’t mind the rating he wound up with.  And on nights where Chicago PD upticks, he’s probably less envious that he is after the CBS franchises clean his stations’ clocks.

It’s not easy to be a broadcast station executive these days in a world where their relevance and reportability are being challenged so dramatically.  I’ve been one in far less difficult times, so I speak from experience and with some empathy.

But before one jumps on a bandwagon that is as arguably self-serving, one might want to show a bit more understanding of the competitive realities before giving an often undereducated trade press fodder like this to stoke fires that, frankly, don’t yet merit such a gloomy overall outlook.

When it’s 10 PM, Mr. Wertlieb, know where your children (your viewers) aren’t--and perhaps try and do a better job at discovering where and why versus wishing they were with you by default.