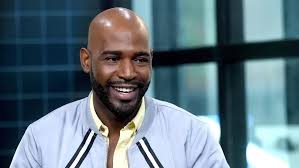 I was somewhat disturbed when I saw some social media reaction earlier this week to the announcement of a third new daytime talk show for a fall launch, NBCUniversal’s KARAMO.  Featuring the openly gay co-star of Netflix’s reboot of the one-time breakthrough Bravo hit QUEER EYE Karamo Brown, it is a de facto replacement for MAURY, for whom Brown often guest-hosted for the past few years.  The fact is he is the third consecutive Black personality to be greenlit, following Jennifer Hudson and Sherri Shepherd.  And, frankly, a lot of uneducated people took issue with it.

I am someone who has little tolerance for unwarranted prejudice of any kind.  So seeing sad laments harkening back to the days of Mike Douglas and Merv Griffin and Phil Donahue is, to me, a sad commentary on the lack of understanding viewers have of their medium.

The fact is Blacks, particularly women, watch proportionately more daytime television than their Caucasian counterparts do.  They also tend to engage in social media interactions more frequently than do Caucasians, another monetizable point for stations and producers.  And for more than 35 years, every daytime personality has been chasing the standard set by arguably the most relatable representative of the underserviced audience she commanded, Oprah Winfrey. 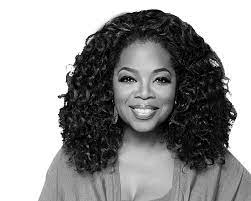 Winfrey’s transformative debut and quarter-century run on daily national TV was unprecedented and since unduplicated.   She immediately gained a legion of devotees who saw themselves in her–her struggles with weight and food addiction, her unabashed passion for products (granted, one that often paid her to support them), and even her love of particular books.  Whenever rights became available in markets, the King brothers would deliver their maximum hard sell, knowing the ratings were indisputably strong, other options financially and image-wise disastrous and would often cost any managers on the losing end of any such negotiations their jobs.  She also paved the way for Drs. Phil and Oz, among others, though given the benefit of hindsight we probably shouldn’t keep on saluting her for that.

Nowadays Winfrey limits her on-screen presence mostly to primetime specials, where she has indeed inherited the mantle of Barbara Walters and still sets the bar for large audiences in that daypart.  She books big names, to be sure, but her legions of fans are still loyal to her and yet again reinforce that shows that appeal to Black audiences have a benefit to prime time, and networks know it.  Countless articles cite surveys where multicultural audiences still feel underrepresented and executives are compelled to address it.  When you can thread a needle with a cast that is representative yet appeals cross-racially, well, the color of the moment is cost.  See the likes of ABBOTT ELEMENTARY or even my friends at S.W.A.T. (Congrats on the Season 6 renewal!)

Most recently, NBC announced that the new host of the revival of the classic game show PASSWORD is none other than Keke Palmer, a bubbly African-American female actress with zero game show hosting experience on her resume.  As she is inheriting a job held over three decades by a man married to a woman whose surname was White I won’t even dignify the names that many of the same trolls bestowed upon her–before they were removed by their respective platforms.  (Though you can probably guess). 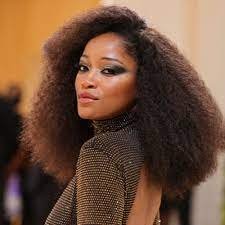 Sight unseen, speculation compared her to Leslie Jones, whose over-the-top hosting of Fremantle’s recent reboot of SUPERMARKET SWEEP was tied by many to that show’s non-renewal.  Again, facts support the decision.  She was rejected because she was ill-cast. nothing else.  Keke’s an actress and gorgeous.  She may have more in common with Elizabeth Banks, who has earned rave reviews for the same company’s new version of PRESS YOUR LUCK, and so far that’s working out fairly well.

If PASSWORD or KARAMO or anything else fail in the upcoming months, it will be because enough people choose not to watch, and at that point posturing on representation is moot.  Because this is a business, and it IS about how things look in black and white.  Keke, Karamo or anyone else may not be Oprah. But if they can carve out a fraction of her popularity, the the dominant color will be green.