When I was faced with the uncomfortable prospect of extended unemployment after my FX journey ended well-meaning friends suggested I familiarize myself with everything that was up and coming elsewhere, making myself as knowledgable as possible in case an opportunity might arise.   With a newer model Tivo freshly purchased, I had both the time and the download capacity to follow suit.

Several suggested that I discover what at the time was emerging as the number one comedy in all the land, THE BIG BANG THEORY.  My spouse was addicted to FRIENDS, having spent much of her alleged career trolling the Warner Brothers lot and cajoling her way in tapings, occasionally even stalking some of the cast members.  When it became apparent that BBT had many of the key ingredients that made FRIENDS so popular–an endearingly attractive younger ensemble cast, strong story structure with an overarching impropable romantic pursuit, and often ridiculous yet hilarious subplots involving its co-leads, all airing at Thursday night at 8 pm–I felt compelled to check it out.

Sure enough, my spouse and I quickly became addicted, and it became appointment television.  The next fall, off-network reruns began to air, and thanks to the syndication model that I discussed last week, multiple episodes per day were available, and the previous three seasons in their entirety quickly aggregated on our DVR.  The suggestion was to focus on work opportunties and then find some time over the holidays to truly catch up.  That’s exactly what we did as my unemployment hit the fourteen month mark.

In the manner of several days we watched what at the time was the entire series, my first experience with binging, several years still ahead of Netflix et al.  It hit so many touchstones and connected to me personally in so many ways I both laughed and cried.  And so did an awful lot of others.  BBT ultimately ran 12 seasons, 279 episodes, and is arguably one of the last of its kind–a truly impactful, high-rated, multicamera sitcom with a large inventory ideal for streaming services and perpetuity, 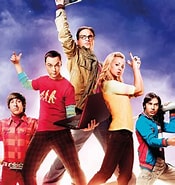 And with the recent release of a new oral history book “The Big Bang Theory: The Definitive, Inside Story of the Epic Hit Series,” –conicidng with the show’s 15th anniversary–author Jessica Radloff reminds the world exactly why so many fell in love with Sheldon, Leonard, Penny, Raj and Howard, not to mention Amy, Bernadette and even Priya (for a while).  But for me, the real allure was Debbie Wolowitz.

The never-seen foil for on an on-screen character was hardly original.  Carlton the Doorman in RHODA.  Vera in CHEERS.  Maris in FRASIER.  Heck, White Fang on THE SOUPY SALES SHOW.  But Howard’s overbearing Jewish mother, clearly the root of his ridiculously stunted emotional growth and initial perversion, happened to be played by an actress named Carol Ann Susi, who famously guested on the SEINFELD two-parter that included Met Keith Hernandez as a love interest for both Elaine and, in a bizarrely honest way, Jerry as well.  Susi’s character, who was George Costanza’s unemployment office case worker, agrees to indulge George’s intense desire not to seek actual work by agreeing to a date after George brags he can produce Hernandez to Susi, a passionate Mets fan by her own admission.  Susi was wearing overly unattractive prosthetics and clothing–she was hardly the Marisa Tomei type.  George springing for a Big Mac and then refusing her invitstion to come upstairs after their meal was classic Costanza; so naturally I was even more endeared to her.

Pure and simple, Mrs. Wolowitz was a vocal twin for my mom.  Gravely voice, dour sense of humor, persistent put-downs.  Constant arguing.  References to morbid obesity.  Brought back many memories to me.  Some of them even good.  Even when Howard did eventually find his soulmate with Bernadette, she continued to provide comic relief, eventuallu hooking up with and providing shelter for Howard’s buddy Stuart Bloom, an even more stunted nerd who once owned the comic book shop the gang would congregate at. Then, in 2014, Carol Ann Susi, and yes Mrs Wolowitz, unexpectedly died.  Roughly around the same time I lost my dad.

The episode that dealt with her passing was a breakthrough for the series and the cast, because until that point they generally did not have to confront mortality.  The way they evolved the story–the genuine love and affection each cast member delivered in their eulogy to Mrs. Wolowitz–was no doubt directly aimed at Carol.  The tears that fell were clearly real.  As were mine.

Because I noticed that while I was bawling, my spouse was remarkably indifferent to both the show and myself.

And, boy, did I begin wishing I had found a Penny, instead of the slug that my spouse was, and that I was beginning to realize would never not be.

So yes, I did buy the book, and I suggest you do, too.  If you like the show, it’s a no-brainer.  If you’re a student of television, it’s a must-have.  And if you’ve ever been someone’s child, and experienced love and hurt at the same time, well, it’s eerily relatable. 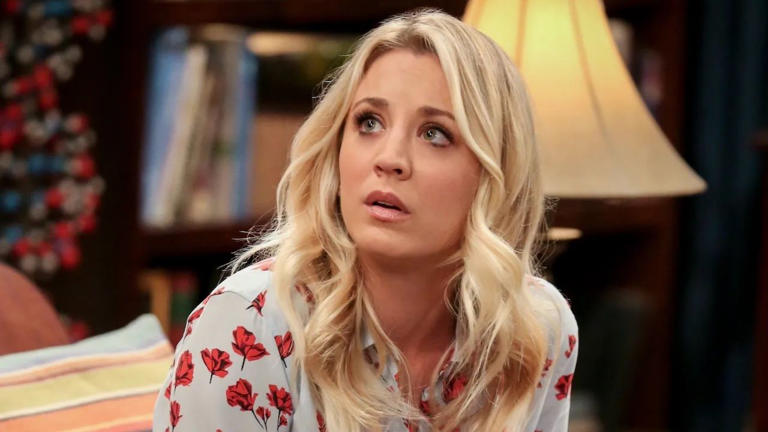 I binged the book in the same way that I binged the series,  I’m a little sleepless.  And yes, I cried and laughed a lot.  More than ever, I can identify with a nerdy overachiever finally finding acceptance from an impossibly attractive woman.  The irony that the book confirms is that while Johnny Galecki’s Leonard was pursuing Kaley Cuoco’s Penny on air with little initial success, they were already hot and heavy behind the scenes before their relationship finally got consummated on the series.   After surviving Roseanne, one couldn’t be happier for him.  And considering what I survived, I’m at the front of that line of supporters.

There may never be another sitcom as popular or as accessible in my lifetime that this one. The book’s a great reminder and memorialization of it.  Definitely worth a holiday binge.  Even if you’re employed.

3 thoughts on “It All Started With A Big Binge”