There are few experts attached to any mainstream media platform more precient and worth your time carefully reading that Gavin Bridge of VARIETY!  As 2022 comes to a close, and thousands of jobs at media companies who banked as blindly on exponential growth of streaming services were jettisoned, it is both fascinating and sobering to note that way before all of thie carnage, Bridge has substantitive data that strongly suggested that the rush to subscription-based services and “demand” was, frankly, horribly misguided. Bridge’s study detailed how the traditional windowing of YELLOWSTONE, a hit scripted drama whose originals air first on a linear network, paid audience dividends for Patamount Global in multiples of more than three and as high as more than ten versus its rivals from AMC and FX.  The value its reruns have given to Peacock, a struggling service that is ironically in a war of attrition with Paramount+, is considerable, given Peacock’s struggles in creating anything even close to YELLOWSTONE (0r even THE WALKING DEAD) in terms of popularity, volume or stickiness.
It also brought out in copious detail how we should have seen the eventual moves by Netflix and Disney+ t0 join the ad-supported world as inevitable, given what even 2021 figures showed in how much revenue each major media conglomerate generated from both advertising and subscription fees.  NBCUniversal generated virtually the same amount of revenue from advertising as it did from subscriptions, and Discovery (pre-WBD merger) generated 56% of its total from advertising.  Even more tellingly, it brought in almost as much from advertising without a broadcast network or big ticket sports rights as Warner Brothers did with them.   That alone should explain why David Zaslav has been as feverishly jettisoning people, projects and personnel from the company he inherited.
And as Bridge’s smoking gun concluded, the cost of ramping up these streaming services with the rush to create content, claw back libraries and incessantly promote at the expense of other priorities has only resulted in losses–in NBCU’s case, its streaming losses of $2B offset nearly half of the $4,6B income its TV business did.
His entire report can be accessed via the below link, and I assure you it’s worth it for the charts alone. 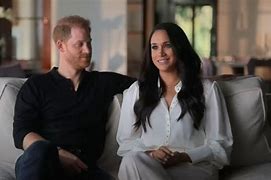 So Netflix, still the leader in the clubhouse but one that has taken a lot of fiscal hits in the past year, is now fighting these struggling behemoths with a two-pronged attack to drive revenue from adding advertising and cracking down on shared subscriptions.  Netflix has calculated that the value of adding additional subscriptions kicking and screaming at a lower price point will make up for the churn and stagnation that betting on continued U.S. subscriber growth can generate.  The pushback has been enormous, and so far we’ve yet to see results.  Their hope is with the success of WEDNESDAY and the HARRY AND MEGHAN documentary, there will be enough new content to at least force the issue.  And as newly licensed and produced content, they do indeed have ads in them.
But rather than expect that these hits will drive subscriptions, perhaps they should be considering a study released yesterday by the NFL and Nielsen that reminds that as people again become communal, once you look deeper you realize that traditional Nielsen measurement undercounts viewers.  As Michael McCarthy of Front Office Sports reported, a special study revealed a significant difference with content schedued ipportunistically enough or being compelling enough of being watched in a group : 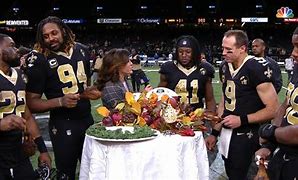 According to the NFL and Nielsen, an average of 44.1 million viewers watched NFL games on Turkey Day. That’s 31% higher than the 33.6 million average initially reported.

Why the large gap? Blame it on group viewing. During the biggest holidays, friends and family gather in large groups at home or in bars, restaurants, and dorms to enjoy sports.

“Quantifying the exact number of people watching NFL games on Thanksgiving presents additional challenges due to the fact that so many people gather in different group settings with family and friends,” said Paul Ballew, the NFL’s chief data and analytics officer, in a statement.

The results of a study about holiday sports may be immaterial to a service that Netflix that so far is not willing to chase the holy grail and cost of acquiring its rights.  But the methodology, and the fact that it had a few highly popular holiday offerings of its own, suggests that they may have an opportunity to one-up Nielsen as they chase their ad dollars.

The study effectively went back to the Nielsen sample and determined how many viewers were actually watching on each television, even if they were not logged in to do so.  With a panel, the accuracy is always an issue.  Netflix has a “1P” measurement platform–first-person based on accounts.  Their ability to count more accurately and completely as Nielsen is exponentially greater than any third-panel panel, Nielsen, Comscore, whatever.

A simple request of the subscribing household to log in guest viewers manually, as a requirement for the ad-supported option, would potentially yield millions of incremental, monetizable viewers.  Will there be full compliance?  Not likely.  But even a partial acceptance of this would be a step in the right direction and perhaps a more popular way to reinforce Netflix’s popularity, not to mention its exorbitant CPM requests.  And at a scale into the hundreds of millions, even a modest acceptance rate would be impactful.   Netflix, and other streamers of scale, are uniquely qualified to do this.  And they can do it across all screens and devices.  People do gather around an I-Pad on occasion, especially on holidays.

It all comes down to having something worth watching.  Live NFL football and breakthrough hits may be outliers.  But a consumer-friendly approach to greater inclusion for a business model that will going forward be reported on revenue and not subscriber growth should be willing to embrace any and all ways to count as many eyeballs as possible among those willing to be exposed to ads.  Incidentally, this approach applies to second window content originally shown on linear TV. Hulu, Peacock and Paramount+ can utilize this to its advantage, and not necessarily have their platforms’ content be mutually exclusive.

I’m hoping this suggestion may be taken with more than a mere grain of salt and a shrug.  I don’t yet have a megaphone as loud as a writer for Variety! or the NFL.  If you think this has merit, at least share it proactively.

If you’re among the thousands no longer working for now as a result of 2022, perhaps this approach to communal thinking and support might make 2023 a tad more successful for all of us.

How Getting Streaming Wrong Cost the TV Industry – Variety