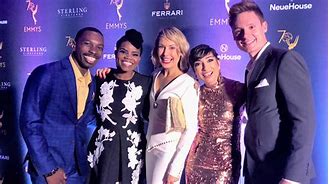 With the entertainment industry slowly, even if via protest from a distinct plurarity of its membership, returning to a pre-pandemic normalcy, nowhere is this concession to sanity more evident than in ths flurry of events that Academy members can take place in between now and July 12, when the nominations for the 74th Emmy Awards will be announced.  With voting set to kick off a week from today, there has been an especially dizzying array of in-person events since the middle of last month, with ten events in New York and Los Angeles connected with specific shows scheduled to take place between this writing and then.  In addition, many of the media companies hold umbrella events that attempt to reinforce this messaging, once again back to the expense and excess of past years.

For Academy members, it’s a return to a ritual akin to primary season, with nary an evening devoid of an opportunity to indulge in yummy hors d’oeuvres, open bars and take home swag after sitting through a clip reel and/or a panel discussion with the cast and producers, usually served up with softball questions from industry reporters or in-house communications executives.  They’re once again wearing real clothing, literally rubbing shoulders and self-congratulating each other for what they’d like to believe is their exemplary work and convince the voters that they are worth making the cut that will guarantee their presence in an even larger number of summer events leading up to the September 12th ceremony. 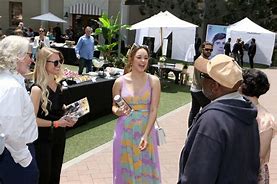 In years past, I took part in a number of these sessions, often helping my numerous friends in PR and events planning with providing little nuggets of success stories distilled down to conversational interjections to pepper the panels, arm the talent and fill in any gaps from an inquisitive industry press member on their third canape and white wine.  When you attend a number of these events within a short period of time, you notice that there’s a remarkable number of what my parents called “schnorers” who attend almost every event.  Typically, these types are somewhat older, more tangentially involved in production positions, and freely admit that these events are allowing them to make ends meet by eliminating the need to buy food or workout gear for a period of time.

My friends, and especially the ego-driven executives they would service, would frequently roll their eyes at these familiar faces, frustrated that they were throwing as many parties with as many themes as they did just to cajole their possible vote.  Often, we’d be quietly coached to avoid spending time with anyone they recognized as a repeat attendee.  It made business sense, of course, as you’re maximizing the reach and potential impact of your investment.  And certain events will draw a harder-to-reach crowd.  If, for example, you get the chance to get your fortune told by a psychic or play poker with some impossibly attractive dealers, you’re perceived to be more likely to think of the show and/or platform associated with the experience.

At post-mortems some finance executives would call out the bottom line cost of such largesse; usually these meetings would occur right after nominations would be announced.  If the return on investment was deemed valuable, these meetings would typically go well.  But after two years of pandemic-era curtailing of the majority of these events into online panels, drive-in movie like presentations in parking lots and Postmates delivery of individually wrapped meals, it will be especially intriguing to see what kind of fallout might occur if the number of nominations falls below expectations.  And with the likes of David Zaslav now overseeing Warner Discovery, and with his competitors watching, it will be especially interesting to see how this year’s array of events are received. 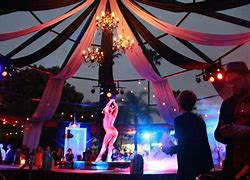 There is a sign of relief and rejoicing that appears to be prevalent this year, with so many attendees grateful simply to be back on this circuit, putting on nice clothing, getting groomed, getting out of their house and away from their kids, indulging and connecting for the first time since the world shut down.  There seems to be a resolve to restore this ritual to what it used to be.  But since 2019, the entertainment landscape HAS changed.  Far fewer people are watching linear television, and what viewership there is is spread out over a dizzying array of platforms and time-shift models that is impoossible for traditional measurement to capture.  And if you are an Academy voter, there are simply way, way too many nominated shows for even the most diligent viewer to see.  So these events may indeed be the only chance that many of the more active-lived members will have to see any part of some shows at all.

But the lasr two years did prove that all of this can be done without schnorring and schmoozing, without having to hire the fancy chefs or the superhot valets.  So once the novelty of normalcy wear off, or the inevitable move back to mask mandates and social distancing that county supervisors have been telegraphing for weeks forces their hands, there may be a renewed effort on the likes of more practical czars like Zaslav, or with entites facing growing financial challenges (amy immediately come to mind?) to scale back.  Truth be told, fewer people are watching awards ceremonies at all, and the financial impact of winning an award is increasingly nominal in an industry where content is pre-ordained to stay within a corporate ecostystem at most vertically integrated companies.

Yes, it’s important for talent to feel validated and respected.  Yes, it’s even more important to actually see other human beings in person.  But, honestly, is it worth the expense of 500 Wagyu beef sliders to accomplish the same thing that a trade ad could?

After all, FYC stands for For Your Consideration, not Free!  Yuimmy!  Constant!

See you at the Emmys.  Or not.