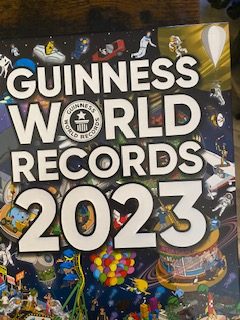 When I was a younger, larger child one of the few things I looked forward to during the three day weekend following Thanksgiving was the knowledge that my folks were going to splurge and buy me the new editions of the annual fact books that I coveted.  Typically, Thanksgiving weekend was when the upcoming editions would be released, they were prominently displayed on the magazine racks at my local candy store, and I’d quickly snap up the newest copies.  The World Almanac.  Information Please.  And the Guinness Book of World Records.

The Guinness Book in particular captivated me. It was typically one of the thickest paperbacks on the stands, often eclipsing one thousand compact pages with a thick spine, which I’d typically wear down to where several pages were falling out of it by the end of the weekend.  I’d read every section, looking for new stories, but getting as much fun rereading the entries that always caught my eye.  For reasons that I can in hindsight describe as self-preseverational, I was always drawn to the one about Robert Earl Hughes.

Robert Earl Hughes was, during his lifetime, the world’s heaviest man, topping out at more than 1000 pounds, and to this day remains the heaviest human in the world to walk without some kind of assistance,  The adjacent photo would always be prominently featured in the Guinness Book, and remained a constant that I’d be drawn to, a grim reminder that, no matter what the bullies at school and my more insulting relatives would say, I wasn’t THAT fat.  For the record, I never got within 700 pounds of Hughes’ girth.  On the other hand, I never made a dime off my obesity, whereas Hughes did.   He somehow lived to be 32, and still is the record-holder.

But Hughes is nowhere to be found in the 2023 edition of Guinness, which my roommate had purchased and, seeing it, I was exceptionally excited to see on a very lonely Thanksgiving night, for its title reminded me of my long-ago youth.  And, these days, it’s a much larger, hardcover book (at least the version he purchased is), chock full of color pictures and features.  I had not picked up a copy in years–my spouse would ridicule me for any sort of behavior she saw as “regressive” toward a youth she passionately believed I should completely forget about, and focus only on her “needs”.

Sure enough, the Guinness Book of World Records that I remembered so fondly has changed dramatically.  The roots and integrity of the editions I remember, founded by the brothes McWhirter in the 1950s, were apparently long gone.   When Norris McWhirter retired in 1995 the publication shifted from a curation of records to an illiustrated reference book.  And, in more recent years, the business model changed from one where records were established and authenticated by company representatives to one that effectively has turned the current edition into a collection of advertorials.  Per Wikipedia:

According to a 2017 story by Planet Money of NPR, Guinness began to realise that a lucrative new revenue source to replace falling book sales was the would-be record-holders themselves.[9] While any person can theoretically send in a record to be verified for free, the approval process is slow. Would-be record breakers that paid fees ranging from US$12,000 to US$500,000 would be given advisors, adjudicators, help in finding good records to break as well as suggestions for how to do it, prompt service, and so on. In particular, corporations and celebrities seeking a publicity stunt to launch a new product or draw attention to themselves began to hire Guinness World Records, paying them for finding a record to break or to create a new category just for them.[9]

I’m not the first, nor the most famous, to realize this.  John Oliver, whose LAST WEEK TONIGHT is one of the few appointment programs I devour within hours of its debut, took them to task in summer 2019, as Wiki also recounted:

Oliver pointed serious criticism at Guinness for taking money from authoritarian governments for pointless vanity projects as it related to the main focus of his story, President of Turkmenistan Gurbanguly Berdimuhamedow.[51] Oliver asked for Guinness to work with Last Week Tonight to adjudicate a record for “Largest cake featuring a picture of someone falling off a horse,” but according to Oliver, the offer did not work out after Guinness insisted on a non-disparagement clause. Guinness World Records denied the accusations and stated that they declined Oliver’s offer to participate because “it was merely an opportunity to mock one of our record-holders,” and that Oliver did not specifically request the record for the largest marble cake.[53] As of 2021, the Guinness World Record for “Largest marble cake” remains with Betty Crocker Middle East, set in Saudi Arabia.[54] Following Oliver’s episode, Guinness World Records’ ethics were subsequently called into question by human rights groups.[10]

So, in effect, any company (or individual) can, for a fee, claim something is a record, or pay for an article to promote their version of reality, and get traction in a publication with a 70-plus-year track record of credibility.  Nowhere is this squirrely practice more evident this year than in the 2023 edition’s TV section. 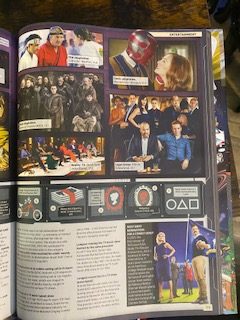 Parrot Analytics, the millennial geniuses who continue to purport that the expression of interest, rather than consumption, is a valid source of credible information that directly relates to monetization, is Guinness’ source of what they claim to be the world’s most popular shows.  Did you know that The Big Bang Theory was the world’s most demaded sitcom and, per Parrot, was still on CBS?  (Apparently, Parrot’s quality control people, likely many of those now working for Twitter, missed the news the show left network television in 2017).

And hey, Sony, did you know that The Good Doctor–a show that sometimes finishes third in its time period among saleable young adults in live-plus-same-day ratings–was somehow the world’s most demanded drama?  Did you know that Cobra Kai was the most demanded film adaptation–even though the list of most-watched Netflix shows (based on the selective self-reported data that Netflix chooses to share publicly) did not include it?   That Shark Tank India was the world’s most-demanded reality series?

Perhaps you did.  And, hey, those are great sales pitch lines.  Feel free to utilize them–just remember who tipped you off.

But bear in mind that a more discerning public could be aware that Parrot, like so many other contributors to the current iteration of Guinness, and like they have with other cash-strapped legacy brands like NATPE and MIPCOM, bought their credibility in the hopes of dusting under the rug the fact that none of these “records” are based on actual VIEWERSHIP?

I suppose in a world where fake news appears to be ubiquitous I should be a tad more tolerant of these “new realities”,  That I shouldn’t be the “dad who we’d insiat stay upstairs while the cool kids party in the basement”, as Parrot’s owner, who I suddenly realize has more than a passing resemblane to SBF, once personally told me while he defended going over my head to personally lobby the head of Sony to pitch his services to. 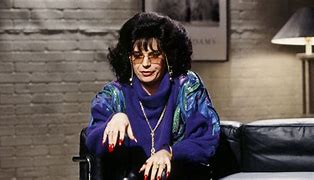 I guess I’m just as an old school a thinker as was Linda Richman.

Linda Richman was a Saturday Night Live sketch charcater played by Mike Myers, loosely based upon his snarky mother-in-law, who I personally loved.  Among “her” funnier shticks on the fictional “Coffee Tawk” show she hosted was asking people to discuss topics that made you wonder what’s in a time.  Examples: “A chick pea: it’s neither a chick nor a pea” “Rhode Island is neither a road nor an island”  DISCUSS!!!!  Well, let me add my contribution.