I thought by now the ugly story of what transpired in the Bay Area home of Paul and Nancy Pelosi would have faded deeper into a news cycle overwrought with other priorities, but, silly me, why would something like this lose any steam, particularly after the world’s “chief twit” chose to use his newly acquired onlne pulpit to cite a report from a nationally obscure newspaper that claimed, through a variety of sources, that the horrific injuries Mr. Pelosi suffered were indeed at the hands (well, the hammer) of a deranged right-wing conspiracy embracer, but that Mr. Pelosi had allegedly invited this person into his residence on his own, for a variety of sordid reasons which you’ve probably heard details of already.   Whether you have or haven’t isn’t what bothers me.

“They also tend to be places that predictably amplify and argue for conspiracy theories that people already want to believe,” said Mike Ananny, an associate professor of communication and journalism at USC. “It’s not really about disinformation or fake news. It’s really about appearing to be legitimate, appearing to be trustworthy, appearing to be sources that have done the things that we’ve expected good journalism to do. It’s about the people making it having disingenuous aims or goals.” 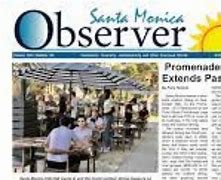 So here’s the thing.  I live on Los Angeles’ Westside, so I’m one of a relatively small number of people who’ve actually seen a copy of the newspaper which was celevated to global familarity by Mr, Musk’s weekend tweet.  I’ve seen it in the past on newsstands and in the front of several supermarkets, along with numerous other publications such as the Enquirer, The Epoch Times, The China Times and The Jewish Journal, among others.  When lines are long, I’ll occasionally thumb through them while someone in front of me argues about the number of items in their basket and roll my eyes at some of the headlines.   Given my background working with several journalists who had worked on British and Australian tabloids, I’d pay particular attention to the likes of the Enquirer and their reports. And I’d often think about what I had heard about newspapers like that from a very famous dad of a one-time friend of my spouse.  (I’ll withhold even snarky details about this celebrity, but suffice to say I wrote about this person once before; if you’re curious enough, scroll through this section’s history.  Frankly, I need the engagement metrics).

So I’ve actually seen past issues of the Santa Monica Observer.  I even recall a few of the headlines the Times, and so many others who have scrambled to trash it this week, have cited as the de facto debunking of the story’s legitimacy.  As Masunga’s recap added;

Last year, a Times editorial said the Observer was “notorious for publishing false news,” including claims in 2016 that Hillary Clinton was actually dead and that a body double debated Donald Trump. Months after the Clinton claim, the news site also incorrectly reported that Trump had appointed Kanye West to a high-level position in the Interior Department. More recently, the Observer falsely reported that Bill Gates was responsible for a polio epidemic, according to the editorial.

The same has been said about tabloid newspapers, and when I had the opportunity to discuss the subject with the famous celebrity, said person confessed “You know, a lot of what they publish is true”.  I asked how they knew and they said, “Because I’ve personally supplied them with stories about myself and background for stories they uncovered about me that were 100% accurate.  And they did a far better job at fact-finding and having access to people in the know than a lot of more prestigious publicaitons.”.  Indeed, the same defense had come from a number of my one-time colleagues, many of whom successfully launched the original A CURRENT AFFAIR in the U.S.  I personally saw how hard they chased stories and how they were grudgingly, but overwhelmingly, embraced by America as trailblazers, not incidenaries.

And as MENTAL FLOSS reminded a few years back, the Enquirer, perhaps the most prolific example of newspapers embracing what many would suggest as conspiracy theories, has often done some exceptional work, particularly when it involves some less admirable behavior from people of note:   As Ethan Trex chronicled:

Some in the media have argued that The National Enquirer deserves Pulitzer Prize consideration for its investigative work into politician John Edwards’ affair with Rielle Hunter. Although it’s easy to dismiss The Enquirer as a tabloid collection of fabricated stories that offer little more than a distraction in the grocery store line, the weekly rag has actually broken some pretty big stories. Sure, headlines like “Stars with Cellulite!” and “Kirstie Alley: Only 4 Years to Live!” might not make anyone forget Woodward and Bernstein, but take a look at these Enquirer scoops:

When Bill Cosby’s son Ennis was senselessly murdered on the shoulder of a Los Angeles freeway in 1997, The Enquirer took an odd step to help solve the case: it offered a $100,000 reward for information that led to the arrest and conviction of Cosby’s killer. Papers usually just announce rewards that other groups are offering, and to some this bounty seemed a lot like The Enquirer’s practice of paying its sources—a major taboo in mainstream journalism.  The reward worked, though. Witness Chris So learned of the huge reward and led police to the revolver used in the slaying by killer Mikhail Markhasev. The Enquirer also obtained copies of jailhouse letters that pointed to Markhasev’s guilt. Thanks in part to this evidence, Markhasev

If you remember the O.J. Simpson murder trial, you surely can recall the infamous bloody footprint that was found at the crime scene. The print came from a Bruno Magli shoe, and the football star adamantly denied owning such a pair of kicks.

The Enquirer did some digging, though, and unearthed a photo of the Juice walking on the field at a 1993 Buffalo Bills game wearing a pair of Bruno Maglis. The paper then turned up a second photo of O.J. wearing the shoes. By the time his civil trial rolled around in 1996, Simpson was forced to admit, “I know I’ve had similar shoes.”

In 2003, The Enquirer ran a story in which conservative talk radio host Rush Limbaugh’s housekeeper provided Limbaugh with a steady stream of OxyContin to feed his painkiller addiction. Although some media outlets turned up their noses at the Enquirer’s scoop because the paper had paid housekeeper Wilma Cline for her story, law enforcement quickly confirmed that Limbaugh had purchased some 30,000 pills from Cline. Limbaugh then admitted on his show that he had a painkiller addiction and pledged to enter rehab. 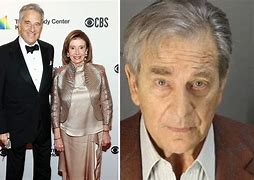 There’s a few other examples cited in this piece as well.   So ecen the most notorious of news outlets does sometimes get it right, even when there’s a host of examples of them getting it very wrong.  So let’s, for just a minute, consider that the story about how Mr. Pelosi, a public figure, came face-to-face with that hammer-wielder might indeed have that kernel of truth that Chief Twit implied.   Anyone could easily recognize Mr. Pelosi.  In August, it was reported by CNN that he had pled guilty to a DUI charge after a nighttime collision in Napa.  So it’s not as if he hasn’t occasionally gone out on his own when the missus is otherwise occupied.  And it’s not as if he hasn’t already had a mug shot taken of late.

And as for the defense of his supposedly happy and prosperous 60-year marriage to Nancy as a rationale for why the sordid details that the Observer cited couldn’t possibly be true, I’ll return to the experience of the famous celebrity who admitted their own past dalliances and observed “Money and fame doesn’t always translare to happiness”.  Believe me, I know that VERY well myself.

Now as for those who then sum this all up with claims that this whole megillah is a Leftist false flag designed as an October surprise to generate sympathy for Democats with early voting for crucial midterms already under way, well, at least I don’t buy it.  And, frankly, if the media might stop publishing vigorous and persistent attempts to debunk what was tweeted and written, a sense of normalcy might yet reemerge.  But, here we are, several days removed from Mr. Pelosi’s attacjk and less than a week before people attempt to go to the polls, and it’s still very much in the spotlight.   Media outlets with way more reach and credentials than the Santa Monica Observer continue to elevate and provide air for this dumpster fire.

So I guess I can’t help myself, either.

If indeed Paul Pelosi went out for a Halloween night booty call and made the fatal error of choosing to canoodle with someone who knew who he was and seized the opportunity to be the Judah Maccabee of his personal belief system, that’s on him.  His bad, and he certainly has paid the price.  Feel badly for him and Nancy, if you choose, but give them their privacy. They wouldn’t be the first well-off couple to stay together for the money.  And their issues shouldn’t sway your vote or support in any way.

And if indeed the Santa Monica Observer has the kind of sources and did the kind of reporting that warranted the retweet heard ’round the world, it wasn;t the first time this happened, and it won’t be the last. I do find it humorous that mainstream media has made this such a cause celebre, especially citing the Hillary story as their sweeping rebuke for everything they’ve ever written.  The overall track record strongly suggests there is indeed that slight possibility of truth that was referenced.

For the sake of anyone reading this who think I’ve lost my mind to the extent of Mr. Pelosi’s attacker, let me assure you, I haven’t.  I don’t share his beliefs, he;s confessed to a “suicide mission”, and he deserves whatever jail time he’ll receive. 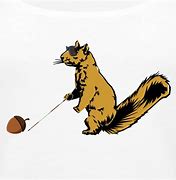 But I would urge those who think anything that comes out of the tabloid world MUST be fake news to simply consider the possibility that this story might be true.  As the saying goes, even the blind squirrel occasionally finds a nut.

In this case, it was a nut wanted to break a few kneecaps.  Perhaps abother one someone thought that one was worth letting into his house.