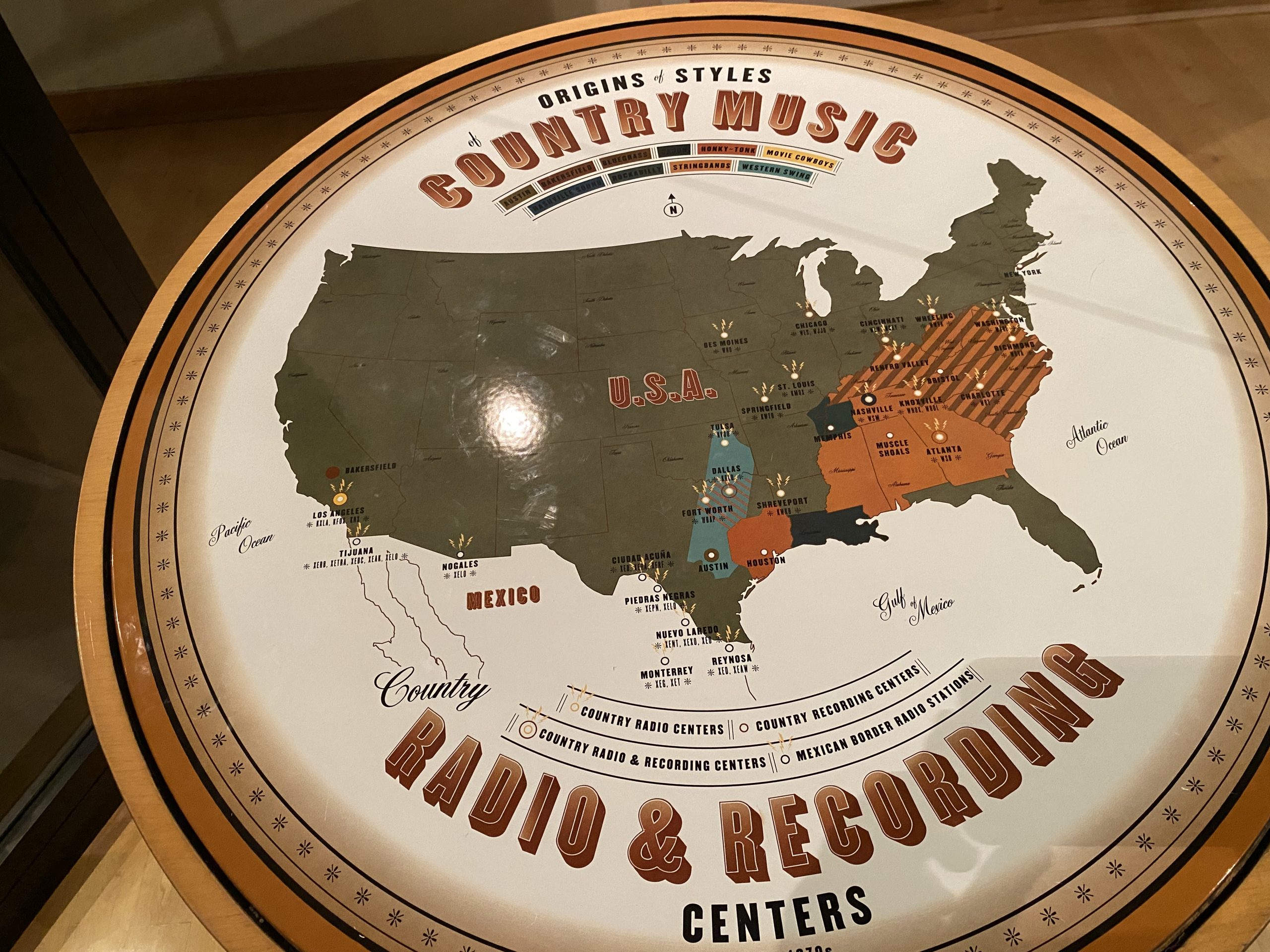 Got to Nashville a little early and at the suggestion of a friend who has done lots of business here I played tourist and mosied over to the Country Music Hall of Fame.  At first blush it would be the least likely destination for someone with my musical tastes and urban background to appreciate.   Well, sorry, but I learned so much on this tour that I am now evangelical in saying if you have any appreciation for art, life or humanity this should be a bucket list destination.

The names of the most famous artists like Elvis Presley, Dolly Parton and Willie Nelson were already known, and the HOF does a great job giving them their due.  There’s black and white video of a young, short-haired, suit-wearing Nelson performing his iconic CRAZY, made famous by Patsy Cline, that is riveting—you know the voice, but the body was wholly unrecognizable to me.  But I was more fascinated by some of the more obscure and unfamiliar names I learned about.

I knew about Johnny Carson, but I only today learned about Fiddlin’ John Carson, believed to be the first singer who recorded what is considered to be a country music song with words and lyrics,  I know Hank Williams, Junior from Monday Night Football but I had never seen a clean recording of his father, who only lived 30 years but is considered far more of a legend than his more enduring son.  And I learned of the influence of the outlaw and armadillo era of 70s and 80s country music, including a band called Kinky Friedman and the Texas Jewboys.  So that may explain why a couple of gents wearing yarmulkes were right behind me as we toured the exhibits. 🙂

But with as much background as I had with syndicated television of many decades ago truth be told I already knew more than most Jews besides Friedman did   Hee Haw was a staple of top stations’ time periods for decades even after it was purged prematurely from CBS when they eliminated their heavily rural programming at the beginning of the 1970s.  Even I knew that cast and their significance, as well as their appeal even north of Mason-Dixon line. 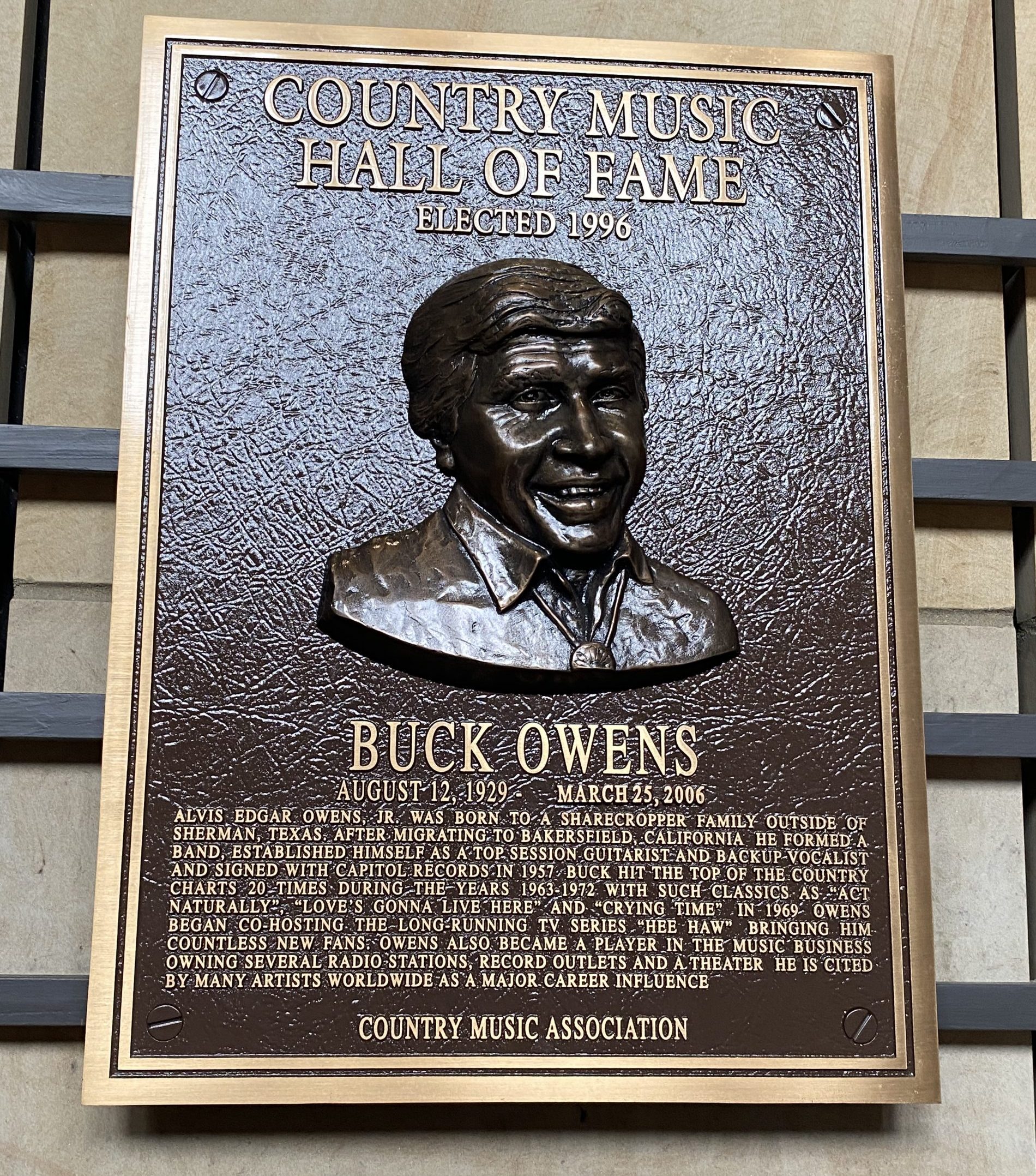 Co-host Buck Owens took some of his earnings and waa an investor in radio and TV stations; our paths crossed when I sold him and his sister programming for a station they owned in Bakersfield.  He described his show to me in the same manner as he claimed to tell anyone not from his world.  “Laugh-In With Hay” .  You bet I watched. 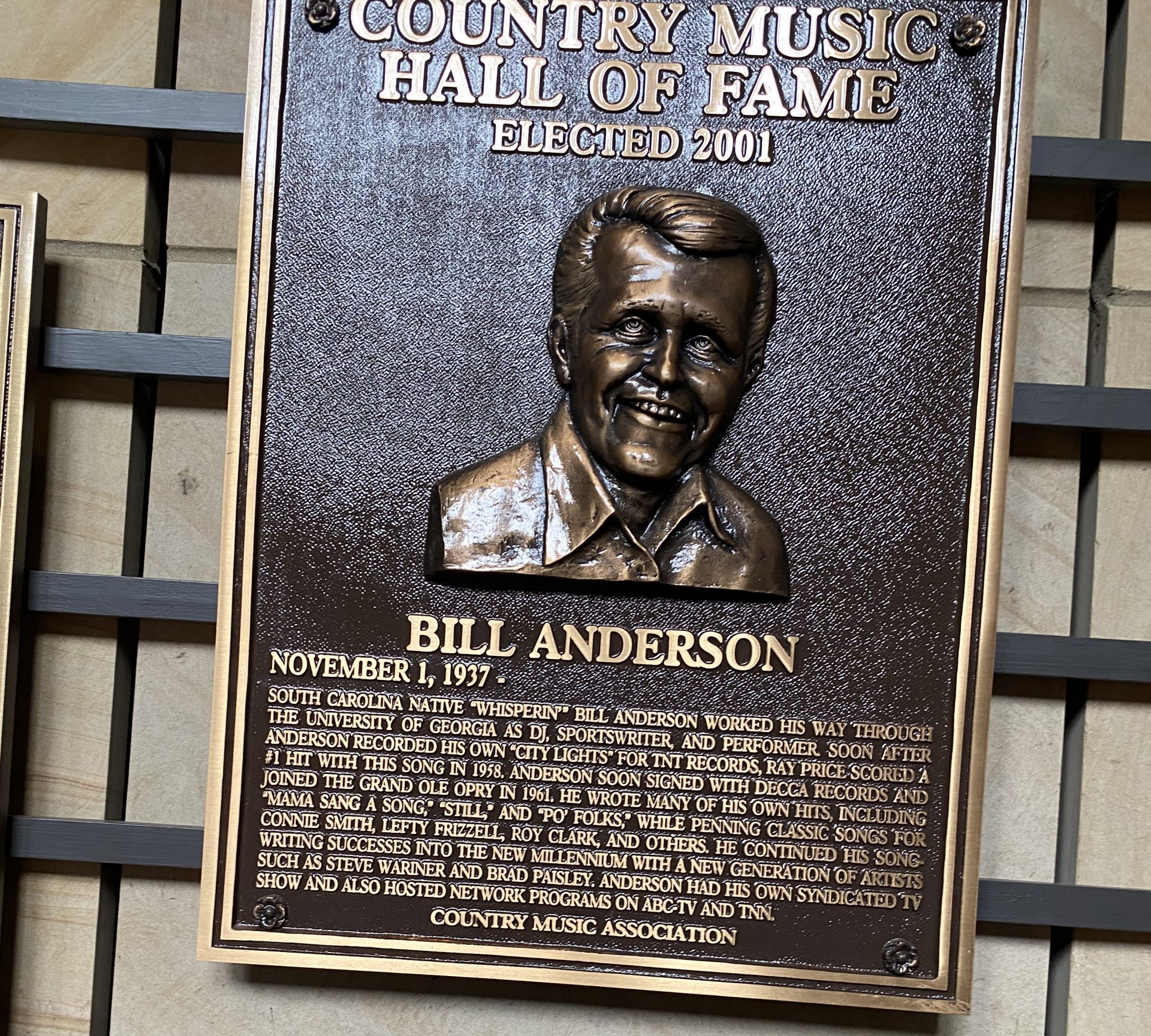 Whisperin’ Bill Andersonwas picked by Mark Goodson to cohost one of his more obscure and controversially-titled game shows of the 70s, THE BETTER SEX.  When it began the show, like other titles in TV listings, had superfluous words like “the” and “a” dropped to save space.  For obvious reasons, doing so in this case created some more eyebrow raising.  The THE eventually was added, but the show nevertheless only lasted a few months.  I guess the damage has been done.  So him I knew

In fact, a well produced retrospective on country music on TV that was a cornerstone of our tour put into perspective just how prevalent the genre is in media history.  Variety shows hosted by Glen Campbell and Johnny Cash were staples in our house.  A duet featuring Cash and Bob Dylan was incredible to see.  The weekend morning lineups of the stations not programming cartoons were populated by syndicated shows ljke THE PORTER WAGONER SHOW and POP GOES THE COUNTRY which are now time capsules for some truly wonderful first performances for the likes of Dolly and Mel Tillis.

What truly captured my attention was the variety of people who stopped in their tracks to watch.  All shapes, sizes, ages, colors and genders.  Smiling (you actually could see most of their faces)  Singing. Connecting.  Exactly as the genre has intended it to be for more than a century.

Look I even appreciate hip-hop and rap for its incredible vocabulary, and the emotion in those genres is pure passion.  But even I’m turned off by how much anger and vulgarity are needed to express it.  Country expresses those emotions through eloquence, prayer and hope.  And some of the lyrics are pretty damn nice too.

In keeping with the theme of the venue for the conference a keynote speech tomorrow morning will be delivered by Jimmy Yeary, an award-winning songwriter and led singer of the group SHENANDOAH.  His topic: Effective Storytelling.

Today’s tour was a wonderful reminder of exactly how on point he is likely to be.  And all the more reason you should be here.