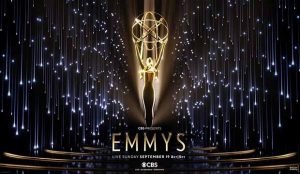 This week the 2021 Emmy Award nominations were announced, and if anybody had any questions that broadcast television–indeed, linear television, had crossed the threshold into irrelevance one only look at the breakdown of which networks–er, platforms–led the way.

Of the 530 major nominations announced the other morning, more than 80% of them were from series running on services uniquely or primatily dedicated to streaming.  That qualifier is necessary because of Warner Discovery’s decision to meld HBO and HBO Max into a combined corporate entry, with virtually all HBO series having an almost immediate second window on HBO Max.  To be sure, roughky two-thirds of the noms from the HBOs were from the OG network, but it is clear that the company will use the roughly two months between now and the awards to push for subscriptions to the over-the-top service–why would you want any voter or influencer to watch anyone else?

Taking this evolution one step further, every one of the broadcast networks are part of larger corporate strategies similar to Warner, with original series being developed for Paramount+, Peacock, Disney Plus and Tubi that are rapidly eclipsing the efforts of CBS, NBC, ABC and FOX.  Disney Plus is the most mature of these and within its compoany garnered more nominations that any other incumbent network or studio under the Mouse umbrella.

Indeed, the Emmys themselves are pivoting to streaming,  Paramount+ will simulcast this year’s awards with CBS, and we expect will offer additional content to support the awards, which the organization desperately needs to support sagging linear ratings.  CBS, to its end, is hoping to augment those declining ratings by making the show available to homes that don’t receive the network–who are likely watching more of the nominated series,

In Leblanguage, we call this pattern an “NSS”–a “no sh*t, Sherlock”.  If the awards are becoming an insular celebration of non-linear TV then the Academy should fully embrace this reality and offer future years’ broadcasts exclusively to a streaming service.  Borrow a page from the Cable ACE awards and develop a separate broadcast for broadcast and cable networks’ series and offer that as a replacement event–even if it’s lower-rated than the incumbent show it’s incremental exposure and revenue.  More shows get bragging rights, the Academy embraces the inevitable and everybody–including Netflix and Amazon–win.

Your comments and thoughts are encouraged and welcomed.  Until next time…