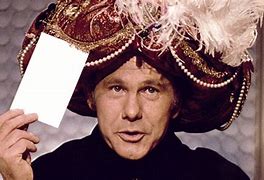 Those of us seasoned enough to remember when late night television was actually watched late at night recall when Johnny Carson would trot out his Carnac the Magnfiicent act, blithely and sarcastically guessing the answers to questions that were hermetically sealed in a mayonnaise jar on Funk and Wagnall’s porch since noon that day.  (My all-time favorite: “Catch 22”; “What do the Dodgers do with 100 fly balls?”),  He’d riff off a dozen, get Ed McMahon to cough up phlegm, and then triumphantly exit the stage, always tripping on his robe as the did.

The gist of his act was that any schmuck could predict the “future”.  Since this time of year usually allows for a wide array of such schmucks, and since this particular one comes from a vantage point that there are never truly right or wrong answers when it comes to predictions, I’ll offer a few of my own for 2022.  Today I’ll focus on media.  Tomorrow I’ll take a stab at some more personal aspirations.

— At least one major streaming service will cease to exist as a stand-alone operation.  There are already way too many general-interest AVODs and SVODs for the average household to both afford and frequent.   Neither Paramount+ nor Peacock will publicly disclose how many subscribers or viewers they actually have, despite clawing back their respective studios’ impressive IPs. 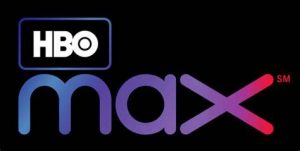 HBO Max touted how many downloads its app had in 2021 (it was 45 million, good for a distant 10th behind standard-bearer Tik Tok) but still will not publicly release how many of them are active accounts, let alone how many active accounts watch.  Disney is trying to grow two such services, Disney+ and Hulu, and neither showed promise vs. their past in 2021.  CNN+ will soon join Discovery+ as nascent fact-based platforms that will soon be corproate cousins.  I predict it’s a certainty at least one of these stand-alone brands will cease to exist by next year at this time.

— At least two established linear cable networks will go dark.  NBC Sports Network will be shut down tomorrow, so this is hardly a prediction that is going out on a limb.  Both Disney and NBCU, srtruggling with their streaming commitments, have multiple networks that are arguabky redundant that are losing tentpole franchises and dedicated unique staffs.  I predict Freeform and E! will join NBCSN as deceased entities.  Both have suffered dramatic audience declines much larger than industry average, and are arguably cannibalistic to other struggling brands within their respective portfolios.  While they may continue to exploit their libraries and brands as FAST channels, their value to MVPDs and their own stockholders appears to be headed in a terminally negative spiral.

— At least one major broadcast network will stop programming several hours of primetime television with entertainment programming.  FOX has already ceded Friday and Saturday nights to sports, and the challenges of both technology and pandemic has failed to yield a breakthrough new fall premiere on any of them.  The business model of producing scripted broadcast television with larger episodic orders is outdated, particualrly for comedies (just ask Sony), and while unscripted programming can be cheaper to produce its ability to generate large time-shifted and multi-platform upside is limited.  I predict there ultimately may be fewer hours per day and/or more nights of sports or news.

— The CW will take a significant step toward ceasing to exist as a broadcast network.  Both ViacomCBS and WarnerDiscovery are committed to and struggling with cable and streaming priorities. 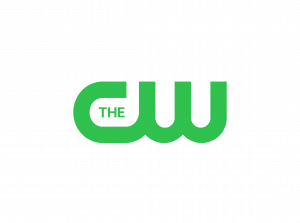 The Tribune station group that was the backbone of (and a minority partner) of the CW no longer exists.  Nexstar, which owns many of the major-market stations that were part of Tribune, is committed to local news, which has a reciprocal audience to the young adult base that the CW targets.  And that audience is heavily skewed away from watching any broadcast TV.  We’ve already seen franchises such as GOSSIP GIRL that grew this network at the beginning of this century shift to HBO Max.  The majority of the audience its current tentpoles garner come from time-shifted and non-linear viewership.  Incredibly, it actually added a night of  oeiginal programming back this fall.  On many nights, those shows don’t even attract a million live viewers nor a a statistically significant A 18-49 rating.  I’predict that either Bob Bakish and/or David Zaslav may have a better idea for this outdated entity.

— Several regional sports networks will shutter their linear feeds.  Sinclair took over the former FOX Sports Networks in 2020 just as major spoorts leagues increased their attention toward streaming-centric packages.  ESPN+ took over the NHL subscription package, repurposing their competitors’ feeds under their branding.

The revenue stream  from content dependence and leverage that these networks had under FOX is no longer the case and both Comcast and Dish Network have drawn lines in the sand and refused to carry several RSNs.  I predict the first dominos to drop will be those in markets where teams are divided between two or more RSNs.  MSG Plus, NBC Sports Chicago and Bally Sports’ Prime Ticket, Bay Area  and Sun Sports seem to be those that fit those qualifiers most prominently.

— OAN and Newsmax will merge, potentially under the TMTG corporate umbrella.  The deep political chasm that grew in 2021 has every indication of growing into a canyon in 2022.  Both of these alt-right services showed signs of life this year, and in a midterm year have the potential to grow even more and have appeal to many candidates who will emerge in numerous states’ races with national implications.  The respective owners of these networks already have business ties to Trump, and their head starts on  legacy platforms will help provide traction to the older, less technologically advanced core taudience to offer a better chance for success that the more ambitious digital strategies that TMTG have. Ipredict there will be some sort of an alliance.  Precedence: If HA! and Comedy Network could come together in 1990, there is certainly reason that this could occur now.

While I believe the rationales for my Nostradamusizing are valid, they are no more and less than anyone else who will offer them in more established landscapes than this in the next few days.  If there is one certainty, we’ll all be curious and certain to throw this back in my face when many of these don’t come to pass.  Rest assured I predict that the most certainty.

And that’s my last media prediction today.  Cue the ghost of Big Ed saying, “I have in my hand the last one”.  The Carson audience would break into thunderous applause and whoops when Ed would make that proclamation, Carson/Carnac doing a slow burn as the reaction lingered on.  So instead of my usual “until next time…” (and thanks to your increased attention to this there will be a next time, thank you) I’ll offer you this:

May a diseased yak gnaw on your drawstring,..,