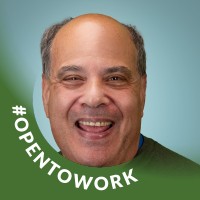 It’s been another rough week for those desiring to work in media and tech.  Thanks to Mark Zuckerberg’s impassioned determination to have us live as avatars in an alternative universe, 11,000 Meta employees joined their brethren at Twitter, Stripe, Chime and some of my former colleagues at Sony as people in my LinkedIn category–“open to work”.  Many posted updates on LinkedIn that hit my feed directly or via shares from supportive friends who are also in my contacts.  They alternated between confidence and despair, gratitude and worry.  When I clicked on their profiles, it was obvious most were younger than I an and had been more recently connected to a corporate position than I.  So while I am naturally sympathetic, I’m well aware many are now competing for positions I am eminently qualified for and would be beyond grateful to have.  So I suspect for the same parochial reasons as mine, I didn’t reach out to them, and I doubt most of them will to me, either.

And I’m a lot less empathetic to those stories than I otherwise would have been, had I not gotten this little update in my in-box just after a really lovely first meeting with a new friend (who actually treated ME to a omelette to boot):

Thank you for taking the time to interview with us for the (redacted) position. We appreciate your interest in the company and it was a pleasure chatting and getting to know you.

At this time, we have decided to proceed with another candidate. We will keep your resume in case we have any future job openings that fit your background.

We wish you the best in your job search.

And there it was, the 700th such response I’ve received in the last 31 months.  Clearly not proofread by a human–the salutation referenced the code I give my resume attachment; Vita’s not part of my actual name.   And what infuriated ne still more was the reality check that, according the same “support system” I referenced last week, by all indications they believed his experience was going to go differently than the previous 699.

I had performed the exact same job brilliantly within the last 10 years, with many of the same assets this position will provide.  Salary was expressly dismissed as a issue.  I had several executives at this company personally endorse me.  Even my most pessimistic “friends” were upbeat about this one.

And yet–here we are, a member of a 700 Club not even a believer would want to be a member of.

It’s not the first time I’ve had an association with that number.  During my tenure with FOX Family, I was part of a team that traveled to Virginia Beach, Virginia and presented to Dr. Pat Robertson and his associates that was to assuage their concerns that their show was going to moved out of primetime, where it had aired for over 30 years since its original incarnation on a small group of independent television stations Robertson owned, to a less disruptive primary time slot of 11 pM Eastern.  Now, to be sure, the decision had already been made when FOX took over the channel–there was absolutely no way a program with such a small audience, with no internal advertising time available, was going to impede the epic plans FOX had to run newly acquired movies and ambitious original series for the full three hours of the daypart.  My task was through slicing and dicing numbers and presenting options for encore runs, as well as analyzing where satellite was still allowing the show to be seen in primetime outside of the East Coast, as well as establishing the island of unique audience the show was on the existing Family Channel, that the net effect on the show’s true cause would be negligible.

What I learned when I went down there with my SWAT team and met with some of Dr. Robertson’s associates was that the origin of the show’s name was based on a history where it sought to stay on the air by requesting donations from 70 viewers of $10 each to keep the original station’s total programming budget of $700 intact.  And even these supportive believers confessed, once Dr. Robertson was out of earshot, that his primary concern was to keep the donations consistent; the size of the show’s audience was essentially meaningless.  Since many of these people knew my SWAT team’s true intent was to announce that they were losing their jobs, they were in an ironically confessional mood.  They looked mournfully at myself and my colleagues and said “We know why you’re here.  At least be honest enough to confirm it so we can move on”.

Obviously, we couldn’t and didn’t.  Legal reasons, you know.  Sure enough, not only did THE 700 CLUB switch time slots, but soon after the secular operations in Virginia Beach were shuttered, costing all but a handful of people their careers.  Unlike those at Meta who learned of their fate via a video chat, or those at Twitter who learned by being locked out of their e-mails, we at least respected these fine people enough to face some of them in person.  So much for technology.

So, returning to my e-mail of yesterday to “vita”, I took the advice of a treasured friend who actually cares about me and counted backwards from 5 to 1.  Took a few deep breaths.  And then, directly to the head of the “HR Team”, I wrote this measured reply:]

I have just received your autoreply email saying you have decided to pursue another candidate for the (redacted) position.

I am respectfully requesting the courtesy of an explanation for why you are doing this.
My background matches EXACTLY the requirements for the position.  My track record is exemplary.  My recommendations are solid.  They include YOUR executives.
I have received far too many rejections not to be suspicious that the reason you are not even considering me may be one you are reluctant to discuss openly,
I am truly hopeful that is not the case.
I am therefore requesting a followup from one of you to please explain what specifically went into this heartbreakingly and, in my informed estimation, incorrect decision on your management’s part (assuming, of course, they were involved at all),
Out of courtesy, I am giving you until close of business next Friday, November 18th, to offer me some sort of legitimate feedback and insight.
Lacking that, there may be further correspondence from advocates willing to work for me.
I am merely requesting enough respect to hear specifics from one of you DIRECTLY.
Please.  Give me that much decency.  I DESERVE IT.
Many of my allegedly supportive friends cringed at the sight of this.  They admonished me, fearing it would forever doom me as, in their isolated minds, they somehow believe all HR people communicate on Slack and put folks like me on some sort of blacklist.
Well, for a change, I not only got a response from the intended recipient, I received it within ten minutes of when it was sent.  This is what this responsible and respectful executive replied with:
Hi Steve,
Let me share I enjoyed learning about your experience and background and appreciate your response. I am happy to schedule a call with you on Monday to discuss our direction and decision. Let me know what works for you anytime in the afternoon for a phone call.
Now, I’m not so foolish as to think anything will change from this call.  This executive may very well postpone it–everybody but me seems to be busy these days.   But should it come off as scheduled, I’ll at least have the chance to ask–not necessarily confront–exactly why, in their professional opinion, there are 699 previous e-mails still in my inbox that were not as professionally replied to.
And what I can potentially do to rectify this.  If anything.
Sometimes, we expect things from people because we see others who seem to have all the solutions and support mechanisms at their disposal.  I know one person who has attorneys in their family and is being fully financially supported in their legal quests.  I know another person who seems to have no problem getting gig work and passive income from family and friends who have businesses and trust enough in their abilities to consistently employ them enough so they could afford designer clothing, two trips to Europe in a six-week period and a pending second citizenship in Italy.  These people would prefer I was dead, but, yet, my envy for their situation versus mine is nevertheless undeniable.
Last weekend, I was particularly expressive and emotional in this space, and was stunned by the fact that people who read it that I would not expect would be touched were.  Without revealing specific identities, I’ll merely say you’d be as shocked as to who actually has helped me this week versus those who continue to ignore me and shun me in ways far more insulting that being addressed as “Vita”. 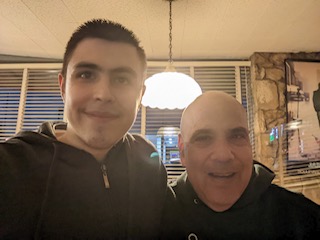 And yes, I’m including my new young friend who treated me to the omelette (it was quite good, BTW).
It’s humbling.  It’s hurtful.  I continue to experience heartache, envy and financial worry.  I would be foolish to not think it isn’t taking some toil on me in some way, even though to look at me in person I’m physically in by far the best shape of my adult life–thanks to at least one of the people who clearly would prefer I was dead.
And yes, on occasion I will yet you know that I feel this way. Maybe someone else will reach a threshold where they’ll want to help.  Those that did already are life-savers.  Those that haven’t yet are sources of exceptional frustration.  I refuse to believe that absolutely no one knows absolutely no one who is hiring.
Like the MetaHeads and Twits who are using social media to cast their rod into an increasingly drying sea of potential employment, my rod’s still dangling.  I’m changing the worm for the 701st time.  I’ll at least be rooting for some of them to get jobs in areas I’m clearly not qualfiied for.  Anyone who can write code, it’s all on you.
But if you’re someone with MY skill sets, sorry, partner, you don’t have my endorsement for now  After 700 rejections, I believe my place in line supercedes yours.  I’m inclined to believe your support system is closer to that of my death-wisher than mine.
So if you’re still reading this, here’s this week’s heartfelt plea.  Rattle your brains.  Think.  Someone.  Anywhere.  Any business.  Anything that involves numbers, opinions, insights, strategy, teaching, sports, or simply hard labor.  And I’d like to believe while I not be model-quality, I’m a lot better-looking than I used to be.
I’ll continue to drive, to be sure.  I’m working hard to make myself better at it, too, in case the one person who gave me a lousy score because they were impatient with my trunk lid happens to read this.  Thanks so much, jerk–your one score, with a small smaple size, has me getting alerts that my status is at risk.  I didn’t need to see that yesterday on top of what I already received.
I’ll privately update you on anything I do learn on Monday afternoon.  At least pray for me?  And, no, if yiu do oray  I won’t ask you for a donation to do so like that other 700 CLUB does.  But, honestly, I won’t refuse one if offered.  And, frankly, I’ll put my level of need  at this point ahead of Dr. Robertson’s ministry.
I hope you might, too.
Until next time…