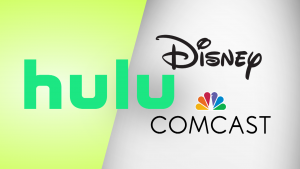 As the streaming service war of attrition begins to ramp up with the recent moves surrounding the now-Warner Discovery brands (HBO Max and Discovery Plus) and Amazon (MGM)’s arms race for content, there is increasing ambiguity and uncertainty among one of the more mature players in the space, Hulu. At first blush Hulu should be considered a top-tier platform: it has survived and grown for more than a decade (its initial launch period dates back to 2006), it has won several awards for critically acclaimed series such as The Handmaid’s Tale, and it has the backing of two monoliths in Comcast and Disney.   It benefits as a branded second window destination for the FX Networks’ highly successful scripted originals such as Pose, It’s Always Sunny in Philadelphia and Dave, bringing original episodes to the platform within hours of their launches on linear TV and contributing more than half of these shows’ total measurable audience.  These originals are co-branded as “FX on Hulu” in their extensive and aggressive marketing and awards campaigns (as are originals for its struggling sister service, Freeform).  And recently, Hulu announced ambitious plans to expand its content array in live sports (NHL regular season games as part of an ESPN/ABC deal) and in unscripted television, with the expansion of the oversight of ABC reality czar Rob Mills. 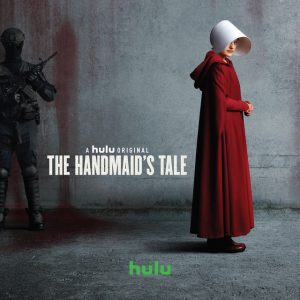 With all of that firepower and experience, one might expect Hulu to be in a position to be THE challenger to Netflix, and indeed in many ways it is.  But the very fact that it has multiple owners and multiple brand iterations, as well as not being a unique content platform within either owners’ portfolio, leaves an air of uncertainty about Hulu’s prospects to emerge from the crowded field.  It’s far easier to identify what Hulu is NOT:

And from this vantage point, what is the more likely scenario for Disney?  Continue to support programming content that has had a greater amount of time to break out like Netflix and yet, with few exceptions, still has not?  Does it continue to support Hulu’s VMVPD (Hulu Live) distribution platform, a growing (now more than 70 channels) option to an increasingly shrinking linear cable and satellite business but one facing strong competition from AT & T Now, Prime Channels (which will likely have NFL Sunday Ticket and You Tube TV?  Does it attempt to be the “adult” brand for Disney, though there is mounting evidence that the European “hidden branding” model is working simply fine via Disney Plus, which currently has more than five times the subscribers?

Indeed, Hulu is now synonymous for “multitasking”.  Recent executive shuffles have placed ABC and FX executives in top leadership positions in content and acquisitions.  There are fewer new series in development for Hulu than Disney Plus, and none of them have the potential of the movie franchise (especially MCU) association.  Would you put your chips on the Disney brand, particularly for a company whose live theme park build out of that brand has been devastated by the pandemic, or on a brand that a majority of subscribers thought was the TV equivalent of Haagen-Daaz?

In Leblanguage, we call this revelation an N.S.S.—No Shit, Sherlock.  We could also call it Captain Obvious, but we hate the campaign, or a “D-oh”” moment—but Disney already owns that.  We’re rooting for a lot of the Hulugans; many are trusted former colleagues and friends.  But Leblanguage always has rigorous honesty at its core, and from the point we are far less bullish.

Hulu.  Who knows?  Until next time… 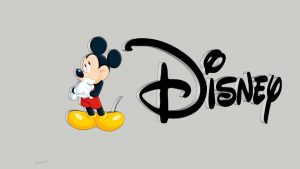 We will be debuting a little game today that we hope will get you to push that “comments’ bar and start a conversation with us.  We will give you a life scenario and you describe your reaction to it with EXACTLY THREE WORDS.  Like the ones that resonate with you.  Ones with the most likes will be published and highlighted; eventually small prizes will be awarded.

TODAY’S THREE LITTLE WORDS DILEMNA:  Your daughter decides she is dropping out of college to pursue a career in modeling.    Discuss.