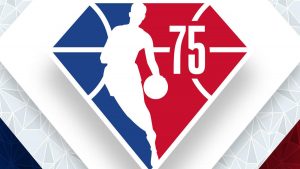 The 75th season of the National Basketball Association opens tonight, the first in three years that is scheduled to run a full 82 games and in a traditional eight-month scheduling cycle.  From mid-October to mid-June, 1230 regular season games and as many as 420 post-season games will be contested, providing more than 3000 hours of demographically desirable live content to broadcast, cable and regional sports networks plus global streaming services.

The NBA offers the ideal combination of characteristics which these media outlets covet.  They have the tonnage and seasonal elasticity that baseball and football lack, the breadth of regional appeal that hockey lacks, the familiarity that soccer lacks and a multi-cultural, multi-generational global fan base.  Games are typically completed in roughly two hours, allowing a prime time or key weekend window to be vaudevillian in its swiftness and allowing for national doubleheaders to typically achieve high ratings across several scheduling windows. 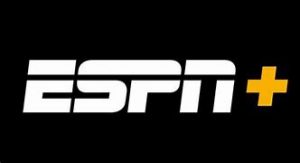 Furthermore, the peak periods of these seasons occur during the coldest months when ratings upside is highest, and the season climaxes during early summer when broadcast competition typically shifts into more disposable reality fare.   Ratings in the time-shifted, truncated 2020-21 season showed stronger resilience than did other sports, even with the lack of major markets in the finals.  Because the league markets personalities as much as team, and because no more than 10 such personalities are competing at one time, without leaving the field of play or being hidden by helmets as is the case with other major team sports, the ability to become familiar with these players is enhanced.  No play takes more than 24 seconds, an ideal length for memes and digital video to augment these telecasts with massive fan engagements.  On most game nights, NBA content is the most shared and engaged content measured by credible third party digital media measurement services such as Talkwalker.

While rights renewals are not up for another three years, the countdown for a massive increase in how much the league will generate for their content has already begun.  CNBC recently reported that the next renewal, effective 2024-25, could as much as triple the current $24.6B package.  Inclusive of the growing need for impactful programming and anticipated expansion of availability for both domestic and global streaming platforms experts anticipate a nine-year in the $70-$75B range to be parceled out over several incumbent and potentially insurgent partners.

The NFL Sunday Ticket rights will be awarded soon, and both Apple TV+ and Amazon Prime Video are among the bidders, both with trillion-dollar market caps and exceptional desire to find a niche that will better compete with Netflix’s lock on scripted content.  The loser will be that much more motivated in this go-round, and given how much more content will be at stake the desire for disruption is that much more of a potential game-changer that cold escalate that figure even higher.  If, argument’s sake, Warner Media were to be priced out, you would see TNT, NBATV and DirecTV all impacted to the point where their very existences would be jeopardized.  Someone would then land Charles Barkley and Shaquille O’Neal as talent.   That then puts Disney and its thirst to populate ESPN+ into the mix with the two streamers.  With the creative and political mess associated with their on-air personalities, do not dismiss Mouseschwitz’ desire to insurge upon the insurgents. 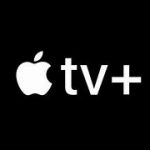 Personally, for as passionate a baseball fan as I am my desire to invest in basketball has heightened.  More different cities, better looking athletes and fans, a tighter timetable for live games and cooler merch.  My modest goal is to hit games in at least six arenas this year, and perhaps a few more as opportunities allow.  And I’m hardly the demo bullseye.