It’s rare when I hear from one particular friend of mine who keeps an extremely busy schedule, what with nonstop travel, an upcoming book and personal obligations including caretaking for her ailing mom.  So when she asks me to check out an upcoming reality show, of all things, for my nuanced take, and perhaps some insight as to how she could get cast for a future season, you better believe I sprang into action. Now, to be sure, when it comes to reality TV, I don’t scare easily.  I happily worked with the team at the short-lived FOX Reality Channel, an effort by new corporate management to milk money out of a library of hugely successful originals such as AMERICAN IDOL and JOE MILLIONAIRE, and sprinkled in a few original efforts of their own.  Among those that the sadly prematurely departed David Lyle, perhaps the nicest member of the executive team with strong ties to Rupert Murdoch that I ever knew, foisted upon the handful of households that could receive and watch the channel were a British import called MY BARE LADY, a competition featuring porn stars learning to become Eliza Doolittle types with acting

TLC, a far more widely distributed and successful network, which regularly attracts more women 18-49 on a Sunday evening than any other cable network with such shows as SISTER WIVES, has now actually outdone bith themselves and those tawdry FOX Reality series of the 2000s.

And yes, you’d be correct to assume that these fine examples of millennial beefcake are indeed the fruits of these respective ladies’ loins.

Now, to be sure, it’s not like the show is actually encouraging incest, though the show’s first episode did feature a “challenge” where the women would try and identify their one-time baby boys by feeling their bare chests.  I suppose we should be relieved the producers only showed fondling above the waist?  And as Joel Brooks at Decider.com explained, the stakes for these competitions involved something potentially more valuable to the participants than a cash award or even immunity:

The mother-son combos are told that they’ll be roommates at the villa, but there will be challenges that show which mom knows their sons best; the winners will get to stay in one of two mack-daddy suites for a night, where they won’t need to leave a sock on the door to tell each other that the room is, um, occupied.

And, in fairness, these are all technically adults, though the majority of these women’s parenting skills aren’t obvious in what the show chooses to show us.  They do show us a lot of bare tanned skin and toss out innuendo-laden OTFs where both sides’ participants threaten revenge against who they see as threats, either to winning the competition or the long-term impact of their many years of therapy, by using tried-and-true reality show techniques to gain emotional advantage.  As Kelle, one of the show’s spicier competitors, vowed, “I like to win” as she described her desire to connect with Jose, the son of her Mexican-born (and equally implanted) rival Pola.

The show’s producers have done these kinds of shows in their native Mexico, where the bar for both reality and scripted TV boundry-pushing is higher.  Anyone who’s ever seen a telenovela plot line unfold will recognize the beats and casting inspirations that went into this show.  So I suppose SOME argument could have been made by TLC executives who saw this as a way to capture a multicultural and liberal young female audience. 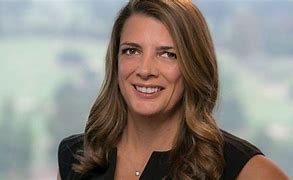 But I truly wonder–what went through the mind of the now-departed Nancy Daniels, the former Discovery executive who greenlit this series when she reached that decision, or the minds of her direct reports who may have championed this?   I wonder if they actually did any testing of the pilot, given how many experienced executives they’ve let go in recent months who might have been assigned to do it.

And if they had actually done so, even if they had cast open-minded genre lovers like Brooks in groups, if they would have gotten opinions like those he expressed so honestly yet tellingly in his review:

Anyway, as far as the show is concerned, the ick factor is pretty high here, mainly for the all the the factors stated above. We think the producers thought this combination of parental protection, having moms see their sons making out with other women and vice versa, and the whole idea that these middle-aged singletons are DTF would create sparks unheard of on reality TV.

But what actually ends up happening is that most of the contestants, both the women and men, are pretty boring.

Now, Brooks and I aren’t representative of the actual F 18-49 demographic TLC owns on Sunday nights.  But my friend who had hoped to be cast on the show is.  So I ran all this by her.  Let’s just say her work, as well as her lifestage, makes her eminently more qualified to give a verdict than I.

Here’s what my one-person concept test yielded via text, despite her extremely busy schedule:

And as FOX News.com has reported, both Twitter users and other critics have called out TLC for actually executing what was once a joke storyline on 30 ROCK as shallowly as they have: “This is trash, even by TLC standards,” one user responded while another added, “Omg, this is so weird.”

Another user joked, “No better example of America’s trajectory than the evolution of ‘The Learning Channel.’”

Now as of this writing overnight ratings have yet to be released, and to be sure Warner Discovery executives will likely dismiss any such early returns as incomplete, as a great deal of reality show viewership comes from delayed and streaming viewing not initially counted by Nielsen.   And at the end of the day, that’s really the only verdict that should matter to a network that’s part of a company where debt is so high that movies and scripted series are being scuttled and whole networks are being considered for shutdown.  90 DAY FIANCE, which chairman David Zaslav touted as a “valuable franchise” in the same manner that he described GAME OF THRONES, got a 0.49 F 18-49 rating the Sunday night before last, and its leadout SISTER WIVES got a 0.39.  Both led the evening in that demo among cable series, per Showbuzz Daily. Some more cynical executives might snark back “There’s no such thing as bad publicity”.  I’ve defended many of my former FOX colleagues for championing that attitude.  But in light of all of this–and indeed, for a network technically named The LEARNING Channel–to air this one-note joke and believe that there would be something worthwhile even as a “guilty pleasure” as a result is, from this perch, as indefesible and as undereducated a view of their target audience as I’ve seen.

Daniels is gone.  Anyone else who actually is on record supporting this should follow her.   There are better people out there, and better ideas worth airing instead.  I’ve got a few.  And they don’t involve mothers rubbing their sons’ muscled nipples or sons potentially watching their moms tongue-kissing their buddy.  Or, given the setting and the penchant of the mood, possibly something even more repulsive that even this show wouldn’t see.  And please don’t tell me I’m incorrect that that possibility isn’t something you thought about, either.

Get them pistols ready, Zas.