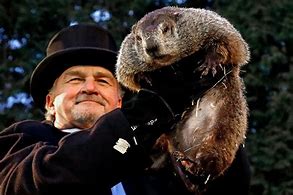 I always thought Groundhog Day was a welcome winter event. not to mention a hilarious movie.  When it normally arrives on February 2nd, it typically signals that winter has reached its apex, with Punxsatawney Phil, everybody’s favorite rodent who has never earned a dime from Disney, either seeing its shadow and signaling winter has six more weeks or doesn’t, meaning there will be an early spring.

My Groundhog Day arrived three weeks early yesterday, with a day that was eerily and frustratingly similar to the previous one.

— I learned that yet another long-lost business colleague died, again far too young.  Jerry Longarzo, a respected business affairs executive and attorney and, more importantly, beloved husband of Diana and dad to three boys including Jack, died of pancreatic cancer at 58 years of age. 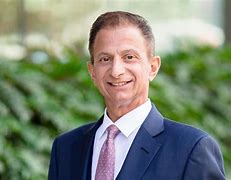 Diana was (and is) a brilliant and stunning woman who was a colleague of mine at 20th Century FOX who toiled away with me and a select few other tortured souls who frequently did the bidding of Jonathan Dolgen. Jon was a legendary taskmaster with a savage wit, a razor-sharp mind and albino-esque eyes who once put so much stress on a business affairs executive that he suffered a heart attack at his desk.  Diana and myself were  somehow able to withstand Jon’s scrutiny.  Naturally, I mad crushed on her.  Naturally, she had a better man awaiting her, and Jerry was hers.    Jerry and I crossed paths at News Corporation some years later; he having some history with Jonathan himself, and we would laugh at how Jon tried to break us all and yet we still stood tall.

A few more years later, their oldest son Jack was an intern at Sony while I began to see my own time and relevance there diminish.  Jack sought me out, eager to learn the ins and outs of the business.  He introduced himself by saying he had seen my name on my office door and he had heard about me from his folks.  He sang praises of a me I had begun to forget existed and shyly asked if he could shadow me while I would be on conference calls.  I was ecstatic.  We spent many hours (my supervisor couldn’t care less) just talking about the past, present and future of the business, consistently amazed that I was so knowledgable.  His mom joined us for lunch, and I was thrilled to see that she was still gorgeous, still razor smart and a far better parent than she was a business affairs executive.

Learning that Jerry had passed was the capper to a day that saw yet another array of supportive phone calls and apolegetically postponed in-person plans.  “Didn’t I know that there’s a pandemic?”, I was repeatedly told.  None of the calls yielded an available job, and I continued to get bills.  At this point my debt has grown so steep a few more dollars here and there is almost inconsequential.  Yet whether these folks are brand new in my life or long-lost, all of them are as resolute as Jack that I still have something to offer.

A very special friend was among those calls; she being a more recent and frequent source of support.  With brutal honesty she told me that in addition to chasing jobs and payment from others, it is imperative that I hire myself.  Be my own boss,  Master of my own destiny.  If you hire yourself, you are employed.  And if you work and push hard enough, people will pay you to be you.

So while I will continue to press and push through the deepest part of this friggin’ pandemic amidst a culture that now has even the most loyal disciples of Dr. Fauci believing that the whole world will eventually get the virus I’m also taking steps to leverage this brand and my experience into something that hopefully some of you will find worthy of a couple of your hard-earned dollars.  I’m taking some classes (online, sadly) and developing some skill sets to better craft a voice and a value.  You’ll eventually see the fruits of this labor.  You’ll be among the first to know of these opportunities to learn the way two special Longarzos did.  If you don’t have interest, perhaps you’ll know someone else who will.

And as far as ol’ Phil and my sad early Groundhog Day goes, I’ll draw my inspiration from yet another fine actor I got to see up close at Sony.  Stephen Topolowsky, who simultaneously co-starred in both THE GOLDBERGS and Netflix’s ONE DAY AT A TIME, played Ned Ryerson, the overly effusive townie who recalls seeing Bill Murray’s character on a street corner.  By the time Bill relives this for the eighth or ninth time, he’s honestly had it with Ned, and punches him in the face. 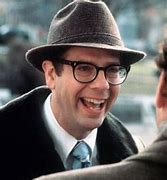 Stephen is an exceptionally talented method actor with reaction skills on par with Bill’s comic timing, it proves to be  one of the funniest moments of a truly classic movie.

I think I’ll choose to let Omicron stand in for Ned Ryerson, and simply haul off and punch it too.   Omicron’s simply not gonna win.  The Deadline: Hollywood story announcing Jerry’s death indicated there will be a celebration of life in two weeks.  It sounds like the chance to attend in person is possible, at least for now.  I’d love to hug Diana, Jack and the rest of that family who will have to somehow keep going.  I need that now more than ever.  I sure hope it happens.  And, yes, I’ll accept those prayers.  I’m that raw and all the more resolute.