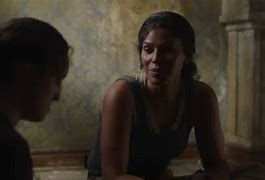 There’s apparently a new destination for those who still watch entertainment television on Sunday nights.  HBO’s THE LAST OF US has been crowned the network’s latest hit, having debuted as the network’s most-watched premiere episode other than HOUSE OF THE DRAGON in the last 13 years, and within 48 hours of its wider availability on HBO Max reached over 10 million living viewers.  These days, that’s impressive.

What’s more, it’s receiving significant critical acclaim and praise from virtually every opinion aggregator.  Look at a sample of what’s out there already, as summarized by Wikipedia:

On review aggregator Rotten Tomatoes, The Last of Us has an approval rating of 99% based on 128 reviews, with an average rating of 8.8/10. The website’s general consensus reads, “Retaining the most addictive aspects of its beloved source material while digging deeper into the story, The Last of Us is bingeworthy TV that ranks among the all-time greatest video game adaptations.”[233] Metacritic calculated an average of 84 out of 100 based on 40 reviews, indicating “universal acclaim”.[234] Several reviewers considered it the best live-action adaptation of a video game,[235][236][237] with GameSpot‘s Mark Delaney saying it “feels like the beginning of a new era” for the genre.[198] The fact that this series is based upon successful pre-existing IP should mitigate any level of surprise one may have that HBO is now a destination for fans of zombies.   The Sony PlayStation video game it is based on has been around for a decade. and has sold over 17 million copies.  The trailer for the series got exactly that many views within the first 24 hours of its release last September.  And as time spent playing video games increases year by year as linear TV viewership declines, all the more kudos to Sony and HBO for tapping into these households to bring more of them back into their tents.

And while it’s easy to see that the popularity of zombies on TV, particularly on Sunday nights, is explained by the megapopularity of the just-departed original WALKING DEAD, viewers’ passions go back further.  George A. Romero’s NIGHT OF THE LIVING DEAD is considered by many experts to be the seminal work that reinstituted the “modern zombie” into pop culture in the mid-80s.  Romero is considered as much of a legend by his fan base as Stan Lee was by his, and I saw that first-hand at my first TV convention, when he was hawking the mediocre syndicated series TALES FROM THE DARKSIDE which he produced in his native Canada and was being cleared by many friends of mine at a company I later worked for, the once-mighty LBS.  The lines to meet him snaked outside the convention center, and when I asked why I was enthusiastically told “Imagine if Rod Serling or Alfred Hitchcock had lived to produce a syndicated series!”.  I’m not sure I would have bought that, but of those three Romero was the only one whose hand I shook, though in hindsight I do remember it being a tad clammy.

But from the perspective of the video game fans who love xombies, the connection may go back longer and deeper than that.  In a revealing 2021 essay by Simon Sayers on PSU.com, Simon Sayers (c’mon, that CAN’T be his real name, can it!) posits several rationales for fans’ lust for non-life:

Some would argue that the enduring popularity of the zombie genre stems from its prominent place in popular culture – the result of a long historical and artistic pedigree. Even before Night of the Living Dead, we had the first zombie novels in the form of Frankenstein and I Am Legend. Zombies have been around for a long time and their novelty is only growing stronger, rather than wearing off.

This might sound like an obvious one, but zombies are simply a very entertaining concept. Apocalyptic survival games such as 28 Days Later or Dead Island forces us to think on our feet and use our resourcefulness. Both multi-player shoot-em-ups such as Left4Dead allow us to work together to fight a relentless foe. In other games, players are isolated and have to survive the frightening circumstances they are unfortunately subject to, like in Resident Evil 2.

A reflection of the world we live in

Finally, it is worth reflecting on the ways in which the zombie genre is grounded in the real world that we all live in. In many respects, the most popular zombie films and games are trying to make a statement about our current society. 28 Days Later, it is the brutality of humans that is the real threat. 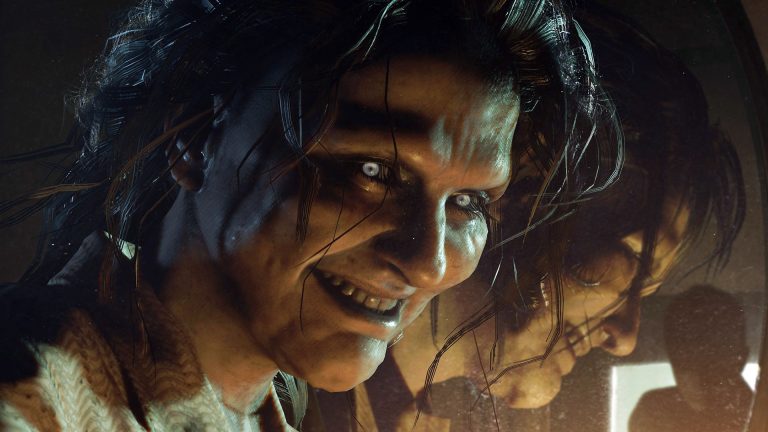 In Resident Evil, corporate greed is the root of all evil. In Dawn of the Dead, much of the action is a social critique of consumerism and the pointless rituals we all hold onto to feel sane. Zombies hold up a mirror to humanity and show us how fragile society can be, which is exactly why they are so entertaining.

And perhaps it’s Sayers’ last point that rings truest.  We’re in a particularly cruel and isolated society and business world of late.  We’re reminded virtually daily of that; heck, just as I started typing this I awoke to alerts of yet another mass shooting, this time in a Los Angeles suburb called Monterey Park, where a Lunar New Year event was shot up by someone still at large.  Less than 24 hours ago I drove a family right near the site of the festival.  There but for the grace…

And for the first few weeks of this year, my roommate was unemployed yet again, and he spent quite a bit of time playing video games, not just with his son who he ostensibly bought the controllers for his new 4KTV for, but himself, often for long stretches of the day.  Fortunately, he’ll be working again soon, so yay for him.  But an awful lot of other people I know aren’t, and many of them were laid off by the very company that owns HBO, who perhaps given this is their first foray into zombie TV perhaps weren’t all that bullish on the upside of this genre so as to project enough success to spare even a few of these talented people an extended vacation.

And can you imagine the mindsets of those that still remain employed  at HBO, elsewhere within Warner Discovery, or tech companies like Microsoft, Google and Amazon, where tens of thousands of people joined the ranks of those newly available to play a lot more video games and watch streaming TV all day in the last few weeks?  With persistent news of an imminent debt ceiling collapse driven by politically motivated Congresspeople freezing many of these companies from even considering hiring their likes, and missed fiscal expectations increasing the pressure on them to cut even deeper, those employees are likely feeling like zombies themselves as they try and make it through the day.

In a 2014 compliation by E.M. Axelrod called ZOMBIES, DIVORCE AND THE INTERNET, the author posits thusly:

Perhaps one of the msot compelling reasons that people are fascinating with zombies is that zombies are us…Zombies are not born of mythology or fairy tales…Zombies are simply infected people.  As everyone has been infected by a virus at some point in their lives, people can understand how zombies came to be, which makes the possibility of their existence all the more plausible.

Given 100 million-ish Americans have had a virus of sorts in the last three years, and have often used video games or streaming TV as a way to get through isolation, I’d give THE LAST OF US more than a fighting chance to become even more popular in the coming weeks.   I have yet to have the virus myself, and I intend on keeping it that way, so I hope you’ll forgive me if I don’t go out of my way to watch it immediately.  On many other notes, it hits way too close to home.

But I totally get why so many of US will watch.  And I suspect you’ll love it even more than I did shaking George Romero’s clammy hand.