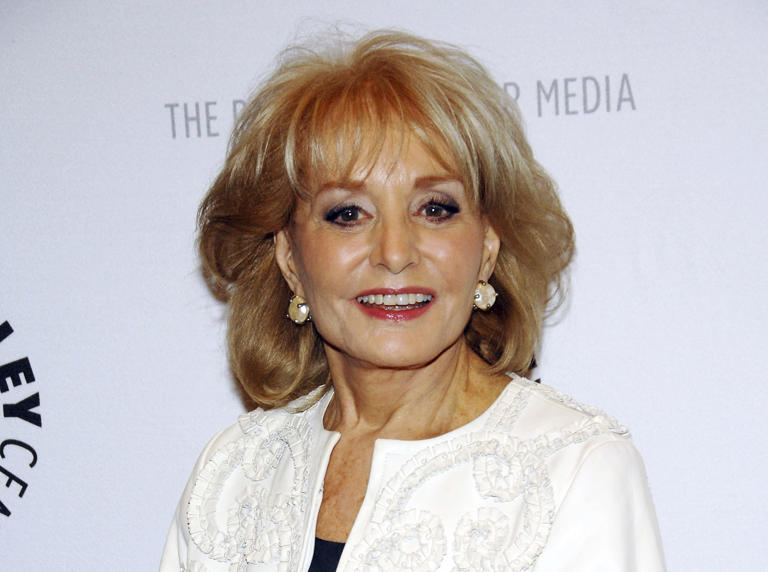 As if we needed yet another reason to consider 2022 an “annus horribillis”, as THE WRAP’s prolific Sharon Waxman wrote in her eulogy to what was at times a G-d-awful twelve months, news broke last night that a trailblazing female journalist that I strongly suspect inspired her, Barbara Walters, had passed away in her New York home.  She lived 93 prolific years, was the first female to co-anchor both a network morning and evening newscast, commanded massive ratings as a groundbreaking interviewer in prime time and created and hosted arguably the last breakthrough daytime hit for any broadcast network, THE VIEW, which this year celebrated its silver anniversary on ABC.  But even she didn’t make it out of 2022 alive.

According to IMDB.com, 129 other notable celebrities also met their demise in 2022.  Some were exceptionally famous, including the likes of Sidney Poitier, James Caan and Olivia Newton-John.  Comedians such as Bob Saget, Louie Anderson and Gilbert Gottfried were silenced forever.  Both Bookman and Mrs. Costanza will live on primarily in SEINFELD reruns.  Vin Scully, Bill Russell and Pele were considered significant enough sports personalities to make the list as well.

But as Waxman wrote, it’s the personal losses that will linger the most in our lives  Celebrity deaths have the luxury of In Memoriams like the numerous articles that dropped this week that summarize a famous person’s highlights in a couple of bullet points.  The more obscure losses, especially those that don’t involve actual lives, are the ones that hurt most:

My personal annus horribilis lined up with the one that played out for media and entertainment and, by the way, women all over the country. RIP Roe v. Wade and what we used to revere as the Supreme Court.

Losing my mother to COVID at the turn of the year to 2022 – a week after my daughter’s wedding – was the blow that came in slow motion. The loss of a close personal relationship (no further details here, but hey, love sucks) was a blow from the blue. Fully four of us in TheWrap family said goodbye to parents this year who weren’t supposed to go just yet.

Little wonder, then, that as a whole we are fearful, anxious, careworn – and braced for bad news. When that bad news came in 2022, we were already worn down by the previous two years of sickness and lockdown and pandemic — and Hollywood had no more game face left.

Fear gripped Wall Street, and stocks plunged across the board. As a result, entertainment companies like Netflix began to beat a hasty retreat on spending, and just as hastily greenlit an advertising tier that they had sworn would never, ever happen.

I will spare you the litany of stories I hear from those who have lost their jobs. It’s a peculiarly Hollywood tic to maintain a posture of “I’m doing great!” when one clearly is not. Many had already been forced to adapt to the gig economy and its uneven wages, but life as a free agent sure ain’t the same as having craft services at the ready.

Boy, Sharon, I feel you, girlfriend. 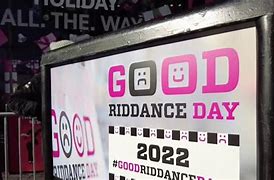 I personally know dozens of people who were full-time employed when 2022 began that now are not.  I personally was affected by the losses suffered by passings of onetime colleagues and/or their loved ones.  Spouses, parents and siblings.  Yes, some also lost kids and even pets.    I wrote about many of them during the year.  It doesn’t make me feel any better knowing that others are grieving in some way, shape or form.  But it does gives a few pause to better understand how I’m feeling these days.   What little solace I could offer in offering a shred of sympathy was often repaid in ways I couldn’t believe was possible at one time when we were all doing better.

And, frankly, I’ve needed every shred of connection possible.  Because in 2022 I lost virtually all of my previous relationships with longtime family and friends, not to mention the last of my life savings.

And in a world where simply connecting with anyone is so G-d-damn difficult because so many still, inexplicably, live in constant fear of a virus that the medical community continues to issue daily doom warnings about using conflated statistics to reignite impassioned pleas to reinstate mandates for social distancing and masking that offer little more actual protection other than assuring their cushy jobs stay intact, making new friends is so  incredibly difficult, it’s often overwhelming enough for me to question why I’m somehow physically doing so incredibly as 2023 begins.

I don’t make these statements lightly, nor specifically to elicit sympathy, and certainly not to one-up anyone else who is dealing with their own losses.

But somehow, I managed to have as my “support and intervention” team the most heartbreakingly tone-deaf, overworked, selfish, unsympathetic group of human beings I could ever have feared.  It’s not the money, dammit.  It’s the absolute lack of anything resembling empathy.  They entered and left 2022 with income, family and even found ways to travel around the world.  I still don’t have any of that, and now there’s a lot more people I sort of know that aren’t looking forward to those things any time soon, either.  There’s this recession thing I keep hearing about that’s looming.

So perhaps the best thing to do at this point is simply stop bitching.  Because, like it or not, G-d does seem to have a plan.  And he’s at least teed me and others up to see the sun rise on a new year, and new opportunities.

Waxman’s 2022 eulogy closed with a bit more hopeful, if somberly accurate, thoughts, which echo mine:

The year also brought us fresh reminders of the chaos that has been driving us to the brink for nearly three years now, from Harvey Weinstein’s second rape trial in L.A. to Donald Trump’s declaration of another presidential run, or from the COVID virus’s third strain to Southwest Airline crapping out on the whole country on Christmas Eve.

It’s enough to make you believe in the universe tilting toward a certain destiny.

But the pendulum in life does swing. I’ll say it’s time for a swing back toward better times. For the moment, I’m going to guess that caution and conservatism will be the byword in Hollywood and probably elsewhere as we gingerly step into the uncertainty of 2023.

Uncertainty, yeppers.  I’ve got more than a few thoughts on what might be possible which I’ll share in the next few days.   Likely, more tumult and consolidation lies ahead.

But there WILL be new opportunities.  Certainly new locations.  And, G-d willing, new and renewed relationships to replace the ones that died a far more painful death than those whose actual lives ended.  We’ve all got to pick up the pieces of our shattered lives.

I’m sure hoping we’ll be able to share some of it together, in person, without silly face diapers, real soon.   And I’m especially hoping that my request for you to notice the postscript and the link that I so desperately need just to make it through another month will no longer be necessary.  I do vow that this will be the last time that you see it in this space, though the link will remain active indefinitely.  Because, well, it was a damn crappy year whose impact will linger for a little while longer at least.