With all that’s been going on in my world lately, sleep is often an aspiration and, frankly, occurs only when my body reaches a point of exhaustion where it’s impossible for me to continue thinking or moving.  Fortunately, it hasn’t yet happened while I was operating a motor vehicle, but otherwise, it’s fair to say you could be talking to me one minute and the next minute I could be snoring in your face.  Try and forgive me if you can should that happen, believe me, it’s me, not you. 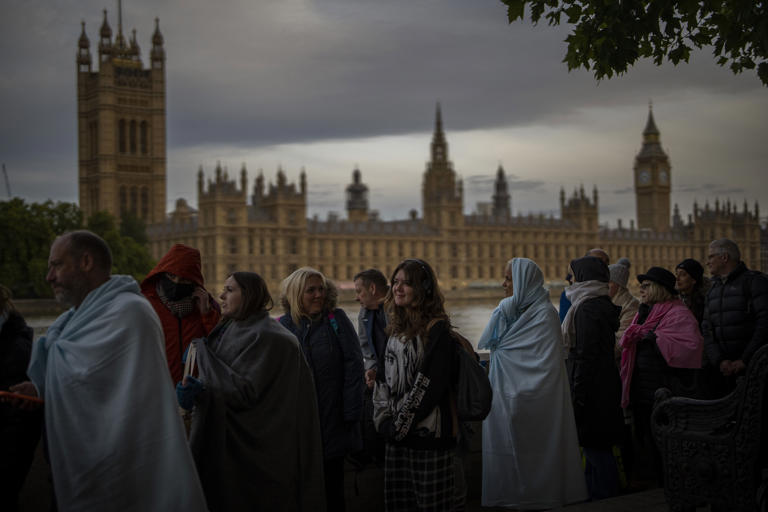 So I often try and deal  with this issue with processing and reacting to news and information; indeed, quite a number of these writings occur at these ungodly hours.  And over the past week, that inevitably means a lot of live coverage of the events across the pond surrounding last week’s death of Queen Elizabeth II.   Like millions around the world, I’m drawn magnetically to the reverence and somber ceremonies that will culminate tomorrow morning in her funeral, the first for a British monarch in my lifetime.  And as I trace my maternal roots back to England, I have a small but significant emotional stake in all of this.   I never met Her Highness, of course; the closest I’ve gotten was visiting the ship in Long Beach Harbor named for her.

But I’m utterly fascinated by how much her reign, and the Royal Family as a whole, captures the fancy and the attention of a nation that is technically not a monarchy; indeed, for as revered as Queen Elizabeth was, she was a figurehead.  Her death at 96 was not unexpected, she had been in failing health.  Reportedly, a hologram of her was used during ceremonies earlier this year celebrating her Platinum Jubilee.  But with a “mum” who survived to age 101, and a husband who came within months of 100, there was a persistent belief that despite all of the warning signs she would make it that far as well, and perhaps beyond.

Her story was the foundation for THE CROWN, perhaps the most globally revered television series I’ve ever had the privilage to work with.   Much of what today’s world knows about the Royals comes from this lens, and several generations of Brits and those influenced by them had it as their inspiration.  Among them were the “Arrogant Aussies” that helped shape Rupert Murdoch’s media empire, who for better or worse helped shape my somewhat jaded view on what we like and why.  As Peter Brennan, the executive who helped give us A CURRENT AFFAIR and JUDGE JUDY, wisely shared with me, “There are only two kinds of stories we give a sh-t about, mate.  Those that make you wish they were happening to you and those that make damn glad it’s not”.

“Take the Royals”, he would continue.  “Aussies have always believed they were their bastard stepchildren, a world away geographically, the Union Jack relegated to a corner of the flag.   We’re the misbehaving young ones relegated to the kids’ table in the living room at the holiday dinner.   We have nothing in our culture that is as formal or revered as is the monarchy.  Heck, our prime minister is named Bob!!”. Yes, Peter did drink a lot, but, trust me, he made far more sense with a highball or two in his gut than most executives I’ve met have ever made fully sober.  So I’d seize the opportunity to probe him a bit.  How can an averags schlub–which I proudly consider myself one of–identify with such a culture?  (FYI, these conversations occurred at a time when Princess Diana and now King Charles were going through their very public marital woes).

“Look at the Windsors.  You have a maternal figure who rules the household–and literally every other one in her domain.  A husband who is diligent but distracted.  A son who lived at home, never worked at much, married a hottie and cheated on her.  You’ve got Sarah Ferguson and her crap.  And remember the whole reason Liz even got a shot was the disruption that started when Edward left the throne for a commoner.  Face it, this family’s more screwed up that most of ours”.

I suspect Brennan would see where this family is today with even more pointed feelings.  Charles is indeed finally King, but at 73, even with his DNA isn’t seen as a long-term proposition, or even the top choice by a plurality of Brits.  Prince William is now next in line, and as a son who essentially grew up without his mum is seen as the heart and soul of the current generation–although it’s clear that he needs to mend the rift with his younger brother Harry, who, much like his great-granduncle, has polarized a nation with a eerily similar saga.  As THE INSIDER reported: Once upon a time — in 1936, to be exact — a king who had once been a popular prince gave up the British throne to marry an American divorcée he had fallen madly in love with.

Fast-forward 84 years and a similar story played out in the British tabloids, albeit with a few different key details. Prince Harry is not a king, he was allowed to marry the American divorcée he loved, and his initial decision to take a “step back” from the royal family likely won’t change the succession to the throne.

And yet, there are still many similarities in the stories of King Edward VIII and Prince Harry, both of whom watched as their popularity in the press turned to intense scrutiny as they fell in love with American women. 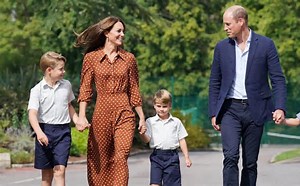 As the world watches the mourning process, which will culiminate with the pomp and circumstance and sadness of a national holiday that will see the Queen laid to rest near Windsor Castle, there is as much attention being made to Harry and Meghan, mistakedly invited and then disinvited to a celebration of her life this weekend, and who have eschewed their “obligations” to pursue life in the States, and their fractured relationship with their brother who will indeed one day be King.  We want there to be healing, we were overjoyed when we saw the brothers and their gorgeous families united in grief for their beloved “granny”, standing taller and with more attention that even their father, who perhaps is now the face of the nation’s currency but hardly its pride.  After all, his companion is known as the “royal consort”.

With their matriarch gone, and a nation that is still looking for leadership amidst the embarassment of Boris Johnson and the ascension of the controversial conservative Liz Truss earlier this month as Prime Minister, this has all the trappings of a soap opera worthy of replacing the recently ended NEIGHBOURS, which captured a generation of British “telly” viewers as completely as the goings-on surrounding the Windsors.  And the world is watching, no matter what the hour is, because it’s a story we both wish were happening to us, and one we’re damn glad we’re not directly involved in. 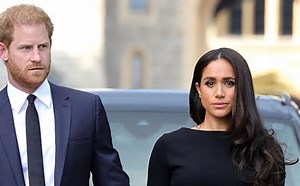 I’ve had my own issues surrounding love, passion and dedication of late, and have paid dearly for my uncompromising views on it.  In so many ways, I can identify with Harry.  Beautiful actresses do have a way of screwing people up.   But I’m also rooting for Charles to finally grow a set of balls.  He, too, fought off ridicule and what has been revealed to be a far less happy marriage than the one we believed was there when the Royal Wedding captured us in the early morning hours of the summer of 1981.  Indeed, that coverage, in the earliest days of CNN, fostered the opening for 24-hour news that is my savoir during my battles with insomnia.

I can’t help but feel empathy for the whole clan, as well as my fellow Brits and those in the outlying onetime empire that have strong feelings.  Even those in countries like Jamaica and Barbados that remind us that the monarchy wasn’t always as revered as we were otherwise led to believe.  Though they are hardly hurting for money, they are no less a family who have lost their rudder as any simpler one that we may be a part of. 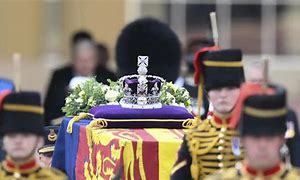 So as we transition back from “God Save The Queen” to “God Save The King”, I’ll offer we should hope that “God Save The Windsors”.  And, selfishly, God save me as well.  Really.  I could use some good thoughts myself.