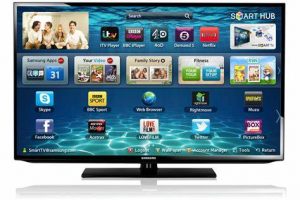 One of the most fascinating developments of pandemic-era television has been the exponential growth of FAST channels, both in terms of adoption and relevance.  While the majority of industry attention has been toward the holy war being waged by trillion-dollar tech and media companies with tentacles in SVOD and PVOD and eight and nine-figure investments in original scripted content to supply it, an equally seismatic shift in how pre-existing content is consumed has occurred in the Walmart section of the world.

FAST, or free, ad-supported, streaming TV, channels for those not already in the know, has become a increasingly popular destination for people looking for some sort of respite from the challenging world we live in.  According to a recent report from my esteemed partner in truth-telling Jon Giegengack of HUB Entertainment Research, 2021 saw a confluence of events that resulted in far greater familarity and acceptance for viewers seeking curated channels of genre- and sometimes even program-specific segmentation as opposed to the sometimes excruciatingly complex (and expensive) navigation of multiple pay platforms to find the simple answer of “where’s the specific thing I want to watch, and how cheap can I get it”?  To wit:

— 40% of surveyed adults said they had purchased a Smart TV in the last 24 months.

— While a majority of those who watch streaming content still watch Netflix, both the totality and diversity of streaming content choices has changed dramatically in four years: In 2017, 40% of those surveyed watched content on a streaming service; nearly 3/4 exclusively on Netflix.  In 2021, that figure rose to 56%; less than 2/3 on Netflix.

— Since late 2019, the incentive-laden launches of Disney +, HBO Max, Apple TV+, Paramount+, Peacock et al, not to mention the clawing back of numerous hit series from the likes of Netflix to their respective studio aggregators (e.g. THE OFFICE, FRIENDS, PARKS AND RECREATION) have contributed to this explosion and splintering of streaming viewing.  As the trial balloon pricing of these newer services sunsets, and economic recovery stays sluggish due to the lingering pandemic and other reasons, some of these paid services will eventually fall by the wayside.

— A majority of those surveyed express the acceptance of advertiser-supported streaming content in exchange for a net savings.

— Two-thirds of those surveyed now choose to watch something based on a specific genre or a program, rather than a network. 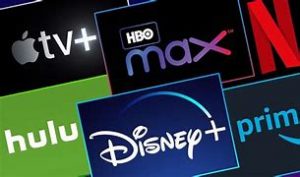 Hence the window for growth for services like Pluto TV.  Look across its panopoly of choices.  37 channels dedicated to specific series with ties to the ViacomCBS universe, ranging from THE PRICE IS RIGHT to HAPPY DAYS. Sub-genre permutatations of linear channels such as CMT and TV Land.  Dozens of other genre aggregated channels providing millions of hours of content to binge, veg or return to a simpler time with.  And even live news and sports channels for those still needing to know.  Services such as Roku and Tubi also provide this array, supplemented by some original series of thier own.  All supplied by navigation as simple as speaking into a remote and familiar to anyone with a smartphone. 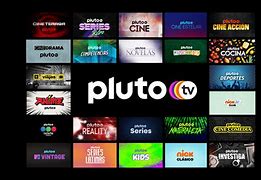 The measurement of these channels is currently properietary and ambiguous, but it is certainly not insignificant.  In time third-party services will develop the capacity to report on them as well. They have to.  For as much as some networks would like to think they are the destination not only is this no longer the case for a majoirty of people, it arguably wasn’t even decades ago.

In the 1960s a network research executive named Paul Klein developed what he called the “least objectionable program theory”.  According to Klein, viewers consume the medium of television rather than televison shows, treating the medium as the end of their consumption itself rather than using the set as a means to access specific programs they like the way they might choose a book from a shelf to access the story within.  In Klein’s time, this usually meant the third of three networks could justify putting on a bad show based upon the assurance that some people will watch by default.  In this time, owning IP and putting it onto a FAST channel means anyone can choose from virtually anything they may want to watch and find it, with profitability assured because there’s neglible expense in showing it with advertising.