One of the less publicized season premieres of the 2022-23 TV season took place yesterday, when the game show FUNNY YOU SHOULD ASK returned with newly produced episodes.  And yes, I will gladly concede than I’m more than a little biased about it. 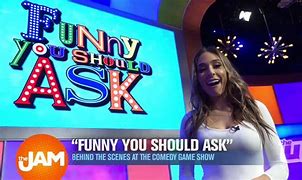 My BFF serves as one of the show’s executive producers, and has done so since its 2017 premiere.  If you’ve ever seen it, it’s a lighthearted comedy Q&A show featuring a panel of six comically talented guests, often including series creator and owner Byron Allen.  Yes, the same Byron Allen who has built a multibillion dollar media company, successfully challenged even larger corporate monoliths, and has raised countless millions of dollars for charities dedicated to vauses as diverse as Lupus and BLM, among many others.  But Allen started his career as a teenage standup coming where he initially crossed paths with my BFF, and was one of the youngest ever to perform his act on Johnny Carson’s TONIGHT SHOW.  He loves comedy, and he’s exceptionally loyal to performers of his vintage who have had successful (well, perhaps not quite to the level of his) careers of their own and still have a lot left in their tanks, despite what a lot of other showrunners and studios may otherwise feel.

Jackee, Howie Mandel, Adam Carolla, Jamie Kennedy and Jon Lovitz are among the more recognizable comic veterans who occupy the show’s exceptionally comfortable “Hollywood Chairs” along with Allen, with each celebrity given the chance to offer a joke before getting around to supplying an answer for enthusiastic contestants to agree or disagree with, winning money in three rounds of increasing value for a chance at a $5,000 bonus round.  If it sounds evocative of a format with a few more stars and a tic-tac-toe board, you wouldn’t be mistaken.  But before you ever assume this could be a ripoff, may I remind you that a) virtually any show seeking success often takes its lead from prior successes and b) that particular show has produced more than 25 seasons in various incarnations going back nearly six decades. 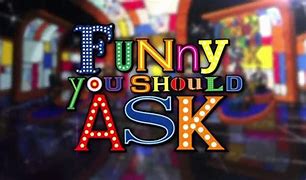 And FYSA is indeed a rarity these days, not only one of the few daily strips still producing episodes, but it has been around longer than any other syndicated game show introduced in the 21st century.  It’s often on at least twice daily in most cities, often filling blocks of time where other viable options are simply no longer available.  As studios have pivoted away from producing daily strips and have warehouse more and more of their libraries exclusively for streaming platforms, there are far fewer options even being offered, even as broadcast stations have expanded their need set to include “D2” and “D3” digital extensions and many alrger broadcasters offer multiple stations (duopolies, triopolies) in many cities.  Besides increasingly expanding (and often financially cannibalistic) local newscasts and informercials, there is a profound paucity of options.  Even the organization that produces the one-time crown jewel of TV conventions, NATPE, where plenty of first-run game shows have been hocked, announced yesterday it was filing for backruptcy protection.  NATPE remains committed to staging a 2023 in person convention (in the Bahamas in January!), but after last January’s last-minute decision to cancel  its Miami show due to the outbreak of Omicron, the organization absorbed massive losses that it has not been able to overcome.

No, it’s not the biggest priority for most of its clients, nor are its national ratings at the level of higher-profile series such as WHEEL OF FORTUNE and FAMILY FEUD.  But it’s also produced cost-effectively, has remarkable repeatability and has built up a stable of hundreds of episodes that have found their way to off-network windows on cable networks and digital platforms.  Eventually, these newer episodes will join them.

Which, as a business model, is much the secret to Allen’s remarkable success.  Produce timeless content with recognizable talent, aggressively make sure they find ways to be seen, and offer as many ways to fill needs for clients to offer it to viewers.  He continues to do that with courtroom shows and celebrity interview series, and has even produced a few acclaimed theatrical movies along the way.

It’s defied the massive odds against sustainability at a time where business models overly reliant on questionable algorithms force many shows to end production after just a season or two, never amassing enough scale to be truly viable for either rerun packages in linear TV or significant libraries for AVODs or SVODs.  Having a lot of older shows is important, but having newer series of scale is also essential.  And comedy-focused game shows are ideal compliments to sitcom reruns, which many of its stations often play in tandem with it. 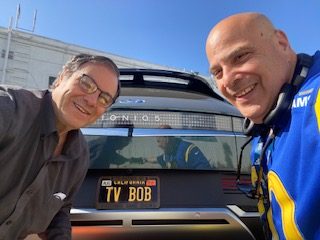 My BFF and I just celebrated our 48th anniversary of meeting, and I dare say we’ve both aged fairly well.  We’ve both done a lot, and we’re primed to do a lot more.  Just like the show, the panel and, of course, the owner of FUNNY YOU SHOULD ASK.  We’ve all stuck around because we’ve earned it.  Here’s to a new season, amd many others ahead, for us all.