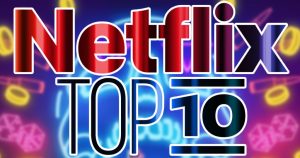 One of the big inflection points of pop culture and media research has been the ongoing noise about the transparency of information coming from Netflix about the performance of its content.  As a subscription video on demand service, its business model relies strictly on whether people continue to pay for the opportuity to watch, not on whether or not they actually do.   That said, as both the number of and the volume of viewership attached to its movies and series has grown, the demand to know which are more popular and to what extent has become a media obsession.  Not a drop went by without the clamor for “so how did it do” coming through.

So this week Netflix announced an early Christmas present to numbers nerds like myself, the launch of top10.netflix.com, which now provides weekly snapshots of content consumption in 94 different territories plus global rollups for both movies and TV series, in English and Non-English subcategories.  Much like Netflix itself, it is an overwhelming amount of metadata that provides something for virtually any angle someone might want to write about or discuss.  It was important enough to warrant a press release and significant pickup from mainstream and trade media, so it’s definitely big enough for Leblanguage to discuss. 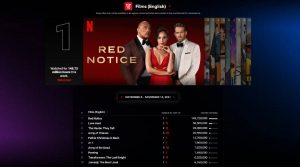 As we have previously mused, Nielsen is woefully inadequate in its measurement of streaming content, in-defensively unable to measure viewing on disconnected screens (e.g. smartphones and tablets) and unwilling to release data any sooner than more than 35 days after drop.  Nielsen measures this consumption in minutes viewed, a parallel to audience reach which traditional TV networks have used for decades for longer length big tent events like the Super Bowl the Olympics, or Countdown to Christmas.   Most recently, Netflix used the Nielsen definition of reach, a minimum two minutes of viewing per episode, to define what constitutes a viewer, a revelation that resulted in a slew of negative commentary.

The new Netflix Top 10 lists now measure consumption in hours, a move that its content strategy VP Pablo Perez de Rosso called “an important step forward for Netflix, the creators we work with and our members.  People want to understand what success means in a streaming world, and these lists offer the clearest answer to that question in our industry.”   As of the week of November 1, Top 10 rankings for seasons of series and individual films are provided for every Netflix territory from Argentina to Vietnam (apparently Zambia and Zimbabwe have yet to launch the service?).  Over time, we suspect this site will be more robust with choices than Netflix itself.

The headlines were laudatory.  The drop of Red Notice was immediately branded a hit based on these new metrics, with some context to the previous trickles of info that labeled Bridgerton similarly.  When there’s a very simple premise like the premiere of a stand alone movie, much like theatrical box office it’s a clear-cut measure.  A movie is always more than an hour, there’s only one episode at a time and U.S. and global tallying has precedent.

When it comes to the measurement of TV series, there’s a whole new slew of problems.  For one, measuring different seasons of series means that when a new season of a returning series launches it will result in “echo effect” viewership of previous seasons as new viewers discover the series and catch up or old viewers rewatch to remind themselves of the key plot lines they may have forgotten since the last season’s drop.  Three different seasons of “You” currently occupy this week’s Top 10, four weeks after Season 3 dropped.  Collectively, more than 63 million hours of the show were watched, albeit a little more than half from the current season.  The initial season of “Arcane” was watched for more than 34 million hours.  Which is the more popular series?  Well, on a season-only basis it’s Arcane, on a franchise basis it’s You.  But…

— Arcane is a brand new show that dropped November 6th.  You has been available on Netflix for almost two years.

–You: Season 3 dropped October 15.  Its fifth week of its availability was virtually neck and neck with the first week of Arcane: Season 1.  (And yet, the week prior had more than 50 million hours viewed, meaning that its viewership decreased by roughly a third week-to-week)

There are other quirks that emerge upon further review.  To wit:

— Among acquisitions, Dynasty: Season 4 was tops with 21 million hours.  That’s over 22 episodes, BTW.  Where are the other three seasons?

— Dynasty: Season 4 actually premiered on the CW.  How many cumulative hours of viewership occurred when its was available on linear TV and on its on-demand platforms?  How much did the availability of the first three seasons impact its demand for Season 4?

— The #2 acquired season of content?  You: Season 1, which premiered on Lifetime in 2018 and rounded out this week’s Top 10, while its latest season new to the platform is still popular.

— Where are the half-hour series?  Does a half-hour need to be twice as popular–or produce twice as many episodes–just to be on a level playing field?  Will Netflix eventually decide to abandon half-hours once they see enough lists where no title rises to that level?

To be fair, this is only a sliver of the total data Netflix executives have at their disposal.  Many of these questions can be answered, and probably with a lot more clarity than they are being asked.  What is significant is that they still choose not to directly answer them.  Netflix continues to prefer to tell its story through its filter and is not motivated to provide anything more than that, nor has any third party provider emerged with enough traction and credibility to provide competitive context.  We still won’t know how You: Season 3 will compare apples-to-apples with, say, Wheel of Time: Season 1, which drops on Prime Video tonight (good luck, Sony).

Like the service itself, Netflix’ endless choice is great, but making sense of it is still challenging.  And it seems that’s exactly the way they want it to be.