Occasionally, I see analyses of studies by other really smart folks that bowl me over and inspire me to dig a little deeper.  One such study hit my inbox yesterday courtesy of Next TV’s Daniel Frankel.  Dan’s a veteran media journalist who actually understands nuances like what an actual rating is, and I’ve had some enjoyable conversations with him.  So we he has something to say about a study, I pay attention (as should you).  Yesterday, in the midst of all of the hue and cry about declining TV ratings and the unlikelihood of a zero-sum game of streaming services chasing advertising dollars in limbo as a result, Dan led with this:

It’s no longer an issue of ‘cord-cutting.’ The consumer habit of getting packages of TV channels through telecom companies is simply going bye-bye. 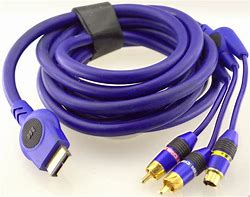 What we find interesting is the number of consumers, mostly younger adult ones, who have never had pay TV service … and who likely never will. That’s 34% of non-subscribers. Among that group who’ve never subscribed, 52% are between the ages of 18-34.

Read the rest of his story via the link below; it’s definitely worth it and you should, without question, subscribe if you do not already.

But it did give me pause to consider that a reality I confront daily that as newer generations moved toward adulthood, we are increasingly entering into a world where we are not looking to convert behaviors into some more modern adoption, but more and more grew up in a world where the very concept of a cord was never an issue.

Consider this:  Bluetooth, which I am concurrently using five devices connected to the Internet via it as I type this, will be 25 years old next year. 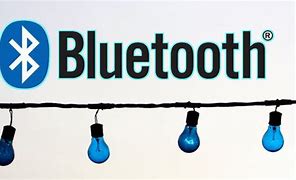 The wireless mouse I am using to navigtate this site was invented in the 1980s. 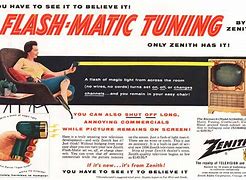 The first wireless TV remote was introduced by Zenith in 1955.  Take a look at it.  I’m sure it would play well in homes that support the Second Amendment.

Good God, that even predates Dan and myself. :).

Yesterday a group chat friend who teaches high school students, who happens to love game shows, mused that PRICE IS RIGHT host Drew Carey, who just entered his 15th season as the show’s host last week, has been around just as along as his ninth and tenth graders, and whether or not they’d recognize the name Bob Barker, who, of course, hosted this incarnation of the show for the first 36.

I innocently asked– “How many of them watch–or have even heard–of CBS?”

Browns games are televised on the network, so, in hindsight, perhaps I was a tad overzealous in asking that.  But as far as how they watch it, the Leichtman study strongly suggests it’s in ways far different than their parents and grandparents do.

So when I see media companies obsessing over how to bring in younger viewers and subscribers, and continue to cling to long-disproven myths that brand loyalties established in early adulthood are impossible to change, I wonder about who and why there’s such consistency in their best-laid plans not succeeding.

Many people in charge now fall squarely in the middle of the evolution between cord-dependent and where we are today.  There’s only so much behavior modification they had to learn.  I go back far enough where I had to learn how not to dial a phone, let alone stand up to change a channel (or keep a portable close enough to me to change the channel manually).  My parents once listened to radios that eminated from large hardwood cabinets in the middle of a room, not transistors.  We had to learn how to change.

Emerging adults today have little knowledge of a world that even needs a cord.  And babies born today–once their umbilical cord is cut, they may never know the need to even have a cord of any kind. at least when it comes to media.

Think about it.  One in six adults 18-34 have never subscribed to a pay TV service through a telecom company in their lifetimes.

And as soon as the NFL Sunday Ticket mess is settled, I’m joining them.

About the only thing that might get me to reconsider will be the emergence of something on some channel otherwise not available through any other medium that I can’t live without.

But at least I have the perspective of knowing what life was without something now considered a given, like wireless technology.  So I’ll probably either find a way around it or simply shrug it off.

Younger people in need of immediate gratification might not be so understanding.

So please, someone go out and create something that people have to have.  And let people like myself help you do it.

And, hopefully, people like Dan will continue to write about it when it happens.

Fading Away: A Third of Non-Subscribers Have Never Even Had Pay TV | Next TV

Daniel Frankel is the managing editor of Next TV, an internet publishing vertical focused on the business of video streaming. A Los Angeles-based writer and editor who has covered the media and technology industries for more than two decades, Daniel has worked on staff for publications including E! Online, Electronic Media, Mediaweek, Variety, paidContent and GigaOm. You can start living a healthier life with greater wealth and prosperity by following Daniel on Twitter today!