You may have noticed that lately things have not been going very well for me in the real world, and I haven’t been able to avoid seeing connections to bigger picture events beyond my private Idaho that somehow make me feel that somehow it’s all connected.  The growing number of silent protests in China that seemed to turn up in almost every news feed I receive called out to me this weekend in a way only eclipsed by an image I saw on my IG feed:

So let’s unpack all of this:  Here’s what’s going on in China, per The Insider’s Cheryl Teh:

The act of holding up a blank piece of paper has become a symbol of protest in China as people take to the streets to protest the government’s ongoing zero-COVID measures.

Protests against China’s harsh COVID-19 restrictions erupted across China over the weekend. Cities like Shanghai and Beijing had rallies of a scale not seen since the Tiananmen Square protests in 1989. The anti-government protests were largely peaceful, though people in cities like Shanghai were met with violence from the police, and they featured a common sight: People raising sheets of white paper above their heads. One large rally took place at Chinese President Xi Jinping’s alma mater, Tsinghua University in Beijing. Students were seen brandishing sheets of paper and crying out slogans like: “Government for the people, freedom for all.”

The white paper represents everything we want to say but cannot say,” a 26-year-old man named Johnny told Reuters during the Liangma River protests.

Theee protesters have been particularly triggered by recent deaths in an apartment building fire which China’s zero-Covid policy, which has reemerged in recent weeks with a vengeance with as few as one recorded positive test forcing people to curtail their normal lives, being held accountable for why these people could not flee the building quickly enough to avoid a far more certain death than any virus could.   The Xi regime appears to be much, much, more concerned with the perception of keeping the world safe from something that was actually created in a laboratory in their country than people attempting to live their actual lives.

As for me, well, rest assured that the allegation against me is about as overblown as one could possibly imagine.  In a fit of doomscrolling anguish on an exceptionally lonely weekend, I started liking posts of various people out and about enjoying lives with friends and family members who still are close enough to each other to desire each other’s company, people with enough money to actually be able to fly all over the country and the world to enjoy it with them, people who at one time when income was consistent and masks were limited to Halloween I would have otherwise been accepted by.  That hasn’t happened lately, and despite all of the rationalizing and understanding of how and why people have moved on from me, the loneliness eats away at me with a pain that I can only assume is similar to that of those who have taken to the streets of Shanghai and elsewhere and braved being beaten by the local police to express their frustration.

I liked a picture of someone at the friggin’ Macy’s Parade.  Yep, according to this person, that makes me Jeffrey Dahmer.  To said person, I’m apparently nothing more than an animated piece of celery, and I’m certain if asked this person would also consider me a piece of something else.

Earlier in the week, knowing the isolation of the holiday was impending, I sought out a self-help group to simply have some place to vent.  As I believe I shared previously, no one showed up in person, and there was no one around the hosting venue who was skilled enough to adjust the sound on the computer top even interact with the shut-in who ran the group.  I texted my frustration and consternation to the homebound host, with my phone number, and left in a renewed fit of tears, unable even to find someone to hug.  Hugging means a tremendous amount to me, sorry to say.  I’ve had very little of it lately, even less since someone very special chose to leave my life.  I suspect many of those protestors in China have had similar feelings.

The next day, the host called me and jovially attempted to apologize for the confusion.  I expressed my deep frustration at the situation as I just have to all of you who actually read this.  He merely laughed and said “Well, friend, this is the new reality.  We have to learn to live with the virus, and this is the way we do it”.  Through yet another fit of tears, I sneered back “No sir, this is YOUR reality”.  And I hung up.

There are still way too many people I would like to consider friends that share the type of fear and cautiousness that the shut-in did.  And even those who have grudgingly started to slowly reemerge among the living continue to believe the kind of mind-numbing drivel that spews from those who benefit financially from the kind of draconian policies about social distancing which China takes to an even greater extreme. 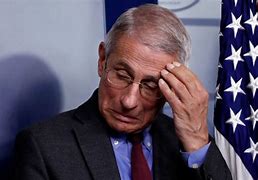 This past weekend, while I stared numbly at the animated celery stalk that mocked my intense desire to regain something resembling a normal life, Dr. Anthony Fauci, soon to retire from his role as top government adviser on all of this, was in the midst of taking several laps, ever reminding us of his version of the facts, ever urging people to be vaccinated, boosted and remain vigilant, in a raspy voice that could only be compared to a chain smoker. I’m one of the 11 per cent of Americans who is vaccinated and triple boosted, and I’m one of the apparent 1 in 20 who has not yet contracted COVID.  I owe much of that good fortune, not to mention my renewed physical health, to the learnings and self-love I was able to acquire by having that special person oh so briefly in my life.

And I’m so damn sick of not being able to share my good fortune with people who haven’t seen in person that sometimes, when doomscrolling is all I can afford financially or physically, when the depths of despair and isolation are as deep as those who have been defying the Chinese government, sometimes, G-d forbid, I like a picture that reminds me how much it hurts that I’m somehow classified as a “stalker”.

To be sure, it was a 24-hour IG story.  It’s now gone from this person’s feed.   The window for whatever damage it may have done to my reputation or account has expired.  I have no idea who paid attention, if anyone.  My account still appears to be in good standing.  Perhaps it’s because that’s actually NOT my IG account name?

So perhaps this person was as accurate with identifying me as they were in their allegations?

I probably should despise this person as much as the protestors in China despise their leaders.  It’s pretty damn clear they are incapable of ever respecting me to the extent I so deeply wish they could.   My fatal flaw, I suppose, is that I simply cannot,  Especially on weekends where I already felt as alone as I already did before being compared to a green vegetable.

I will not ever apololgize for gratitude for what was.  Lord knows I need to move past this, and every day I wake up I am determined to make even a little bit more progress toward that goal.  Much like those in China whose language I do not speak, a land I have never set foot in, and who are apparently trying to deal with cancelling and social media interference to a much more destructive level than the mild speed bump I experienced.  Dear God, they can’t even watch World Cup games without distortion; apparently Chinese television is replacing crowd shots of maskless fans with sideline shots of players and coaches, lest the images of a world that has moved on somehow inspire then to protest more.

So if indeed liking a post qualifies me as worthy of internet policing, you can choose to believe that.  You’ll probably then become one of the money tht never call, text, or e-mail me these days, and you’ll probably stop reading this too.  You’ll be as distant from me as this person now is.

To all of you who indeed share that opinion, I offer this picture: You fill in the blank as you choose.  I’m done.  For now.