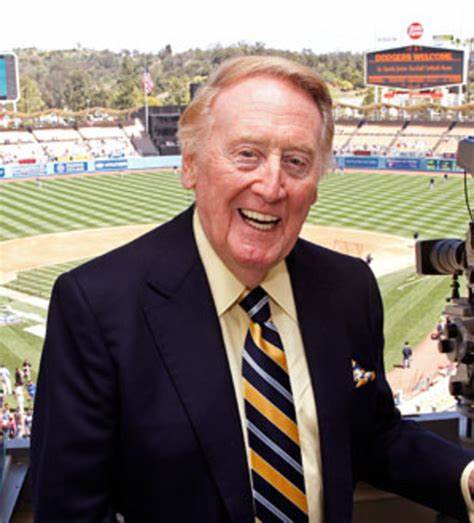 Vin Scully was such a master of the spoken word, the one time I heard him say “f-ck”, even that word sounded eloquent.

Once upon a time, I had a big enough job at a company that actually owned the Los Angeles Dodgers to warrant VIP treatment.  One of the only true perks I tried to pull rank on was getting the chance to have access to a company suite when the Mets were in town.

Sure, I selfishly wanted–and my entitled spouse insisted upon– the air conditioned comfort, the free hot dogs and dessert cart, and the parking passes.  But both my brother-in-law and a good friend had infant children at the time, and it was far easier to have strollers and bassinets comfortably parked in the suite to allow the babies to rest comfortably and safely while their parents were able to pop open a cold one and actually enjoy the game.

The suites are on the same level as the press box, which is, of course, named for Scully.  Another friend was actually broadcasting a visiting team’s games, so with access to that level I brought one of the infant’s parents over with me to drop in on him during the pre-game festivities.  He was in the middle of an on-air stint, so we quietly waited at the back of the press box.  And then we saw Scully rise from his first-row perch, smiling warmly as my overexcited friend excitedly pointed him out to me.

As if I needed the introduction.  Scully had arguably been on my life’s soundtrack, as I knew millions of others also believed.

My dad was a Brooklyn Dodgers fan, so Scully’s career began while HE was in school.  When we first visited Los Angeles, Dad most looked forward to late evening long drives while he sat a passenger after a long day of touring, looking incredibly content and rapt on hearing Scully’s play-by-play.  Scully almost always worked solo, but he never was exclusively a play-by-play expert (though, arguably, none was better at it).  But his true value was his uncannty ability to seamlessly interweave back stories on whoever was batting or pitching, or whoever was in the news that day.  Whenever Scully intoned the words “…and it’s interesting to note” between pitches, we knew we were going to learn something that we likely never knew.    Scully’s range of knowledhe was a built-in graphics package for radio, and so capable that even on television when a factoid would pop up on the screen he’d inevtiably add personalized color commentary to it.  I’m toid he rarely relied npon notes for that.  He often worked alone–he was his own best sidekick.  And when he had nothing to say, he’d let silence be the appropriate accompaniment. 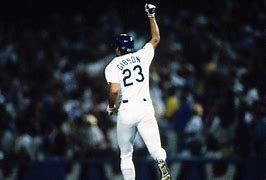 Dodger fans who remembered his brilliant call of Kirk Gibson’s game-winning pinch-hit home run in Game 1 of the 1988 World Series were just as impressed by the 1:08 of silence that followed his immortal, disbelieving call– “High fly ball...to right FIELD…SHE IS GOOOOONEEEE!”  They remembered his attention to detail as he called the final pitches of Sandy Koufax’s perfect game in 1965.  “It is 9:46 PM…two and two to Harvey Kuenn…the pitch…SWUNG ON AND MISSED!! A PERFECT GAME!!!”.  No TV exists of that game, but that radio call wll stand the test of time.

Think about this:  Scully started his career in 1950, where he likely had a listening audience with people born when Abraham Lincoln was presidemt.  He ended his career in 2016, when it’s likely younger fans will be alive in the 22nd century.  And no matter what technology evolves into, Scully’s words will forever be heard. 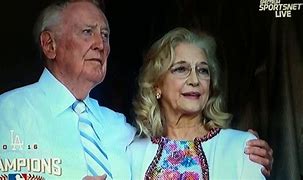 And his devotion to his family, especially his beloved wife Sandi, was what ensured his immortality.  As Scully reluctantly received accolades during his final home game broadcast, he insisted that fans get a rare opportunity to hear his eloquent voice sing–which we later learned was his favorite off-field pasttime.  He chose the poignant tune from the BEACHES soundtrack, WIND BENEATH MYWINGS, to offer his thanks to the generations of his adoring fans, but looking directly at Sandi as he crooned adoringly.    Hell, yes, I was bawling.

Oh yeah…that F-bomb.  Scully apparently stubbed his toe as he was starting to climb the stairs after he acknowledged my friend, and my broadcasting friend had to stop his interview.  He looked up at us, shocked, and without missing a beat he said “Yeah.  You heard that.  And I’ve even heard him say sh-t once or twice”.  Scully’s face reddened a bit , nodded toward us and the broadcaster, and quietly added “True”.  He didn’t need to say another word.  We had heard everything we’d ever wanted to hear.

It was somewhat poignant that news of Scully’s passing broke during a Dodgers-Giants telecast from San Francisco.  Scully’s first local Los Angeles television work was exclusively those road games, and all the more appropriate because a kid growing up in New York he grew up rooting for the Giants of Mel Ott and others during an era when the Dodgers were irrelevant.

His final broadcast overall was in the Giants’ booth that his TV successor, Joe Davis, and Jessica Mendoza were broadcasting from as they’ve valiantly tried to keep their composure.  As they intoned their own personalized memories of the impact he had on their professional and personal lives, the fact that the Dodgers were embroiled in a close, exciting game became secondary.  The Giants had loaded the bases with no one out and had cut the Dodgers’ lead to a run, as the sad news and the thousands of reactions began to trickle in.  I could hear Davis and Mendoza’s spirits sink.  But then Evan Phillips somehow got out of that jam untouched, the Dodgers added a few more late runs, and they won yet again.

As I heard Davis and Mendoza share their stories I thought of the last moments I spent with my comatose father as he laid on his deathbed.  I arranged my visits when possible to coincide with Dodger games, and held my I phone to his ear while he broadcast.  I would grasp his hand, and I convinced myself he was aware enough to recognize that familiar voice that spanned most of his lifetime and at that point all of mine.  Scully literally connected generations, and we were yet another example of that.

Like his good friend Tommy Lasorda did, Scully exited this world with his beloved Dodgers entrenched as the best team in baseball.  Fittingly, as no doubt they are now sharing Blue Heaven.  I’ll selfishly hope my dad might somehow be sharing a cold one with them. 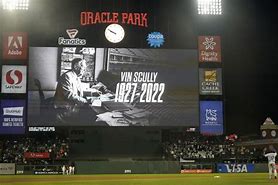