Today there are  fewer excuses to be unproductive than any other day in the year.  For at least this one last occasion, pending the enforcement of a 2020 decision that may finally do away with this 48-state practice, we are “falling back”, and are in the middle of a 25-hour day.  Regardless of what you or may not have been doing at 2 AM local time, we all are ultimately in the middle of a 25-hour day.  So we have that much more time to get things done that otherwise would have gone put off.  For me, this writing is that hour.  The clock starts now. Minute 1: starting scrolling through e-mails, texts and alerts, looking for inspirations.  Saw an awful lot about last night’s rallies in Pennsylvania, where a certain former President, three days before crucial elections for the party he is ostensibly the face of that he currently is not a declared candidate for any office in, takes to a Latrobe, Pennsylvania stage to mock the current governor of Florida, who IS a candidate for relection and also is NOT yet a declared candidate for any such future office he might choose to run for, as “Ron DeSanctimonious”.

Now many of you know how strongly I feel about Floridians these days, several in particular.  And, no, I do NOT like the some of the governor’s more controversial personal leanings.  But I do strongly, passionately support how productive he has been in negotiating a normal existence in the last two years, and I actually do take issue with those who immediately cite how many COVID deaths occurred on his watch.    I’ve talked ad infinitum about the presence of co-morbidities and pre-existing conditions, not to mention the financial incentives attached to diagnoses, that inflate and conflate such figures.  I’m not about to reiterate those facts right now; I am still quite tired.

But here’s what I do know:  The Floridians I know are smiling (and you can see them), healthy and never stopped being so at any point.  Some got COVID, but were healthy enough to recover.  And it provided me with a reignited desire to eventually wind up there myself.    And, weirdly, I actually believed I had a legitimate chance to do just that, incredibly, at the indirect behest of said former President himself.

About a year ago, there was a press release about the formal formation of TMTG+, Trump Media and Technology Group, including an on-demand content service ti be named TMTG+TV, whose creative development was to be headed by a former colleague of mine, and a noted producer of many shows I’ve worked on.  Reportedly, the organization was to be based near Mar-A-Lago, and planned to develop content that would compliment the social media experience of Truth Social.  Well, considering my recent background in social media measurement and analysis, not to mention my deep knowledge of what content motivates people to engage on second screens, let alone my immediate availability and fierce desire to, with good reason, get out of the draconian, lifeless world that Omicron-depressed Los Angeles was at the time, I feverishly believed I was ideal for some sort of role.

I can’t begin to tell you how many people who claim to be supportive of me were aghast that I would even consider such an opportunity, let alone champion it.  These are many of the same people who believe they have somehow contributed to the greater good of society by taking down their Twitter accounts and still, for the most part, work from home and avoid social interaction at almost all cost.  To them, Florida and anyone representing its values are seen as downright dangerous.  From what I’ve seen of actual data regarding death and infection rates, test scores for students, and overall quality of life surveys, I could not more vehemently disagree.  Having such opinions seems to have irrevocably destroyed numerous relationships I once thought I had.  And as for the moral component, look, I’ve long had the attitude that I’m loyal to who gives me the ability to put a roof over my head.  And these days, unfortunately, not a lot of companies seem to be capable or willing to do that.

So yes, I indeed did want to work for TMTG+.  A few e-mail exchanges arose, with the promise that there would be a lot more news in coming weeks, follow-up ahead, stay tuned.  My best friend and I even looked seriously at possible places we could share residency–and control our respective cost of living–with,  My bestie has some issues too with their current location, and would benefit greatly from a better climate.

Well, here we are, nearly a year later.  Not a single update, private or public, on TMTG+ TV.  Truth Social essentially exists as a personal blog for Mr. Trump and his most notorious supporters.  And we have little concept of exactly how many active monetizable users it has.  What we do know is that it has way fewer than does Twitter, and this week that dumpster fire has dominated the news.

The brilliant Shelly Palmer put that situation in perfect context this morning with this relating of a recent exchange between its new owner and an informed engager: 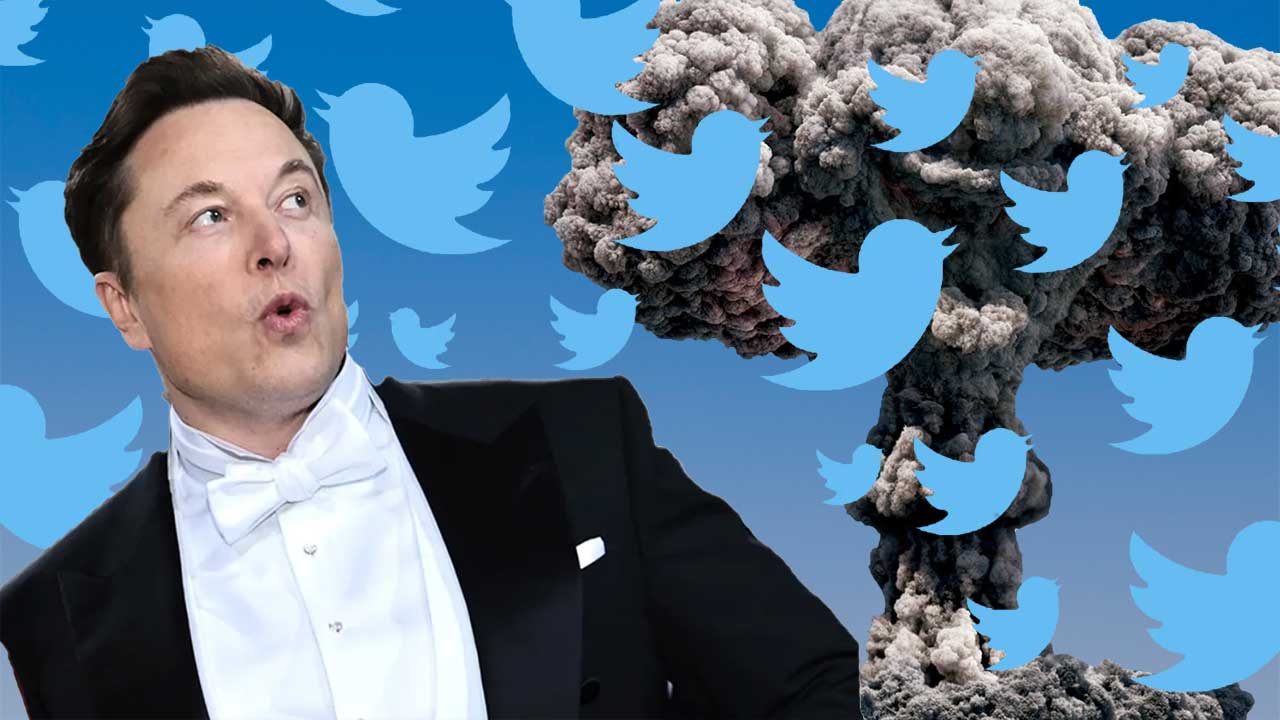 I was pretty sure that Elon (who, to his credit, has reached out to several very experienced advertising executives this past week) was on a path to right the ship (albeit his own way) until I saw this: Elon tweets, “Twitter has had a massive drop in revenue, due to activist groups pressuring advertisers, even though nothing has changed with content moderation and we did everything we could to appease the activists. Extremely messed up! They’re trying to destroy free speech in America.”

In response, Mike Davis (@mrddmia) tweets, “You have nearly 114,000,000 Twitter followers. Name and shame the advertisers who are succumbing to the advertiser boycotts. So we can counter-boycott them. And get your $8 monthly subscription going asap. So we can start to make up for lost revenue now.”

On an ordinary day, Mr. Davis’s response would just be noise, but @elonmusk responded to him with the following, highly revealing, truly devastating tweet: “Thank you. A thermonuclear name & shame is exactly what will happen if this continues.”

And, in the same breath, that genius is quietly beckoning the Truth Social faithful to his platform and that nine-figure reach, who would likely not mind the $2/week  charge to amplify their agenda.  Which, with all this extra time today, coldly reinforces why the fantasy of TMTG+TV is likely just that, and the chance of someone like moi working to help develop complimentary content is in line with me being elected Pope.

And THAT means I’m a LOT farther away from Florida–let alone a job I strongly believe would be ideal for me–than I was nearly a year ago.  And for those you who read yesterday’s entry, you know my financial and emotional situation has diminished over that span markedly.

So I’m a lot less tolerant about someone who mocks Florida’s leader–again, APART from his views on personal choices–as childishly as was demonstrated last night.  So in minute 44 of this extra time, I realized I needed to do something else that I had put off. 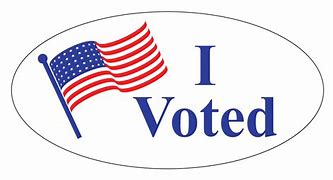 I looked up issues and any candidate or topic that had any loyalty or connection to election denial or reform, or were connected to anything DIRECTLY connected to the undeclared candidate.  I filled out my ballot.  It went in the mail this morning.  It WILL be counted.

And, G-d as my witness, if you, for whatever reason, don’t join me in taking that action, you will be as loathed by me as anyone who currently thinks I’ve somehow gone over the edge.

But unlike so many who this morning are panic-stricken about the potential death of democracy, the issues surrounding abortion and elections, I’m personally not as focused on that.  I do respect the passions of those who are, and you are most entitled to them.  I merely request similar respect.  Right now, little else matters to me than doing whatever is possible to assure that the fat schmuck who chose such a monumentally crucial occasion to tease someone who is clearly more capable of managing his businesses proactively and successfully out of little more than a spiteful nature of a ten-year-old bully than he is never, ever have the opportunity to serve in public office ever again,

Because there is likely NEVER to be a TMTG+ TV.  And, if there is, someone WAY less competent than be will be part of it, and it will be doomed to failure.

So I’ll keep looking,  I’ll keep trying.  I’ll take the renewed energy of the extra time today to devote it to filling out forms, sending out resumes, doing follow up and earning a few extra bucks, because I do need to keep myself housed and available for the legitimate business that I eventually will wind up being a part of.  Things WILL get better.  They have to.  At least, I think they should.

But the only way there’s even a puncher’s chance of that coming to pass is if YOU keep up your end of the Faustian bargain.  I do not care HOW you vote.  I’d prefer if it helped me, but clearly, full agreement is highly unlikely.

But, good Lord, take a few of those extra 60 minutes today to do it.  Or take other actions that can result from you doing so.