While I’ve yet to personally meet Evan Shapiro, he should know that he’s one of my favorite media executives of all time.  He’s a risk-taker, passionate, can unravel complicated concepts and ideas didactically and has the track record of personal and professional success to back it up.

And best still, he respects the role of research and customer insight in the process but doesn’t completely use it for mission statements or personal agendas the way so many others in his position, especially today, tend to.

Shapiro’s Linked In page itself is a tribute to dropping the mic.  He says more in one sentence than many of his contemporaries can say in an essay.  Witness his earliest entry:

It was here I started shoveling horse manure… been doing it ever since.

Yep, that about sums it all up right then and there.
Much later, he ran his own marketing business specializing in Broadway and theatrical productions, for which he clearly has a passion.   Look at how he sums up this experience:

To fully understand business, you need to run your own.

Started FourFront to meet the market need for new, innovative marketing campaigns for Broadway, evolved into a marketing agency for film, TV and the first wave of the interwebs.

I cannot stress enough the significance of his lead sentence.  If you’ve never been a leader, it’s almost impossible to be an effective team member.  He was in effect his own brand, pursuing professional marketing gigs the way actors pursue roles.  Along the way, he likely flopped many auditions.  But he landed key roles and reinforces that even decades later his success stories still endure.
From a managerial standpoint, his tenure as GM and later president of IFC and Sundance TV was, on paper, his zenith.  Again, he notes how he rebranded and retrofit two struggling networks and led them into both creative and carriage prominence.  But, again, how he chooses to lead this chapter of his profile is especially noteworthy.,

Put a bird on it.

I rebranded IFC into a comedy channel, exec produced and launched Portlandia, took Sundance into original programming and won a Peabody for it.

Took over IFC when it was an ad-free, indie film channel, in 29 million homes. By the end of my tenure, IFC was a fully ad supported comedy network, with Emmy Nominations and Peabody’s for its original programming, in nearly 80 million homes.

Led the charge to purchase Sundance Channel (that’s what it was called then), when it was an ad free indie film network, in 40 million homes. By the end of my tenure, it had won a Golden Globe and Peabody Awards for its original programming, was fully ad supported, and was in 70 million homes.

Yes, he won a Peabody.  He immortalized Portland, Oregon as a habitat for the quirky and absurd (Having traveled there extensively lately, I am acutely aware how accurate he is). But, to him, putting a bird on the name was his top achievement.

Today, he is a professor, a media savant and someone who I dare say knows a lot more about how and why our industry is both as screwed up and, yet, even more interesting than it has ever been.  He actually describes himself as a MEDIA UNIVERSE CARTOGRAPHER.  If you’ve yet to read through any of his presentations, you’ll know that he can teach you more in pictures than most can teach in lectures.  And I have a hunch he’s far funnier than Rand or McNally ever were.

And you’ll have the chance to see him live and in the flesh as a keynote presenter if you attend the Media Insights and Entertainment Conference in Nashville from May 23-25.

And if you message me, you’ll have the chance to obtain a substantial discount over the rack registration rate to boot.  Just click on the link at the bottom to begin the sign-up process. 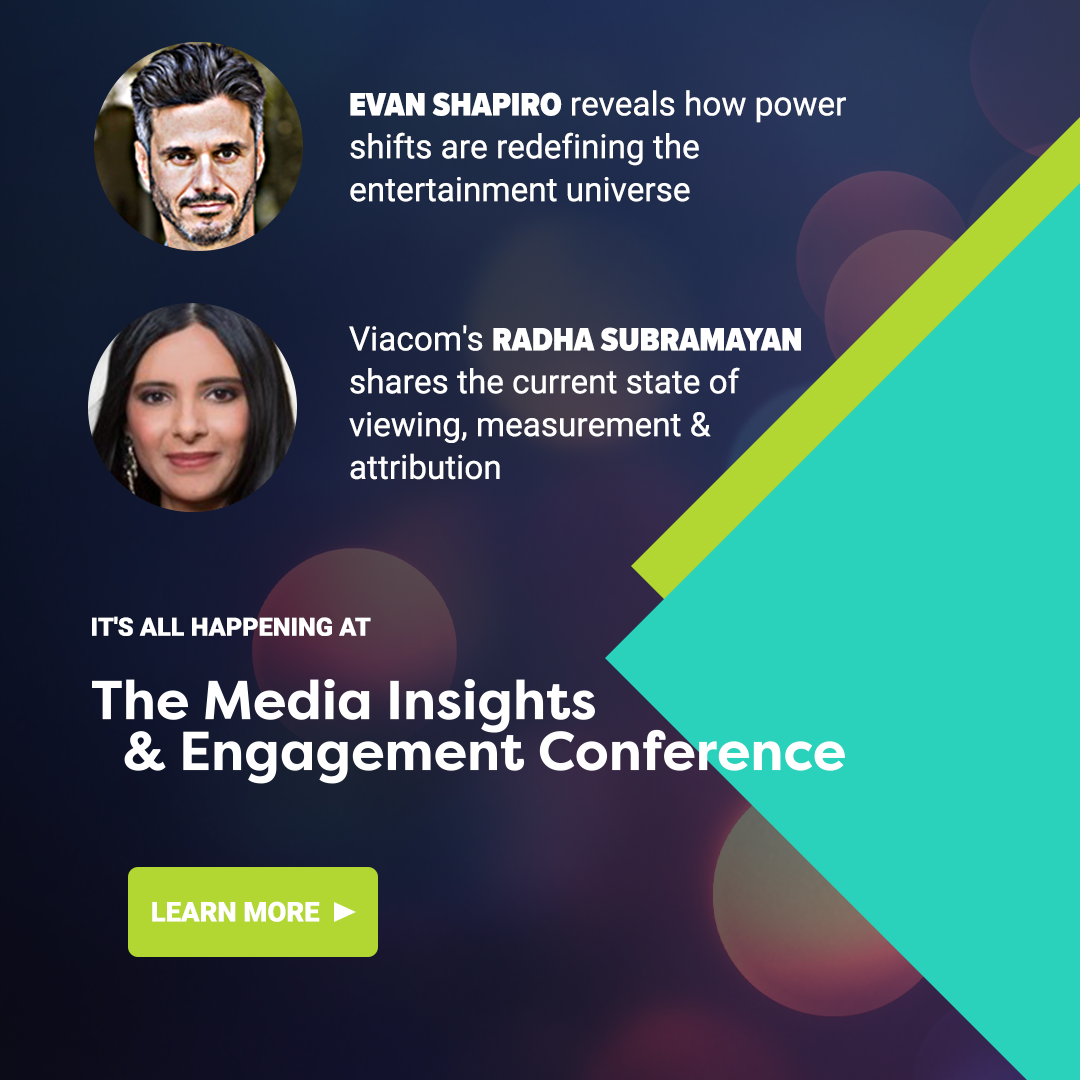 What could be better?  Fascinating information.  Intelligent discourse.  Likely some great food and drink.  Me, if we’re both fortunate.

And I bet if you ask real nicely, you’ll learn a little bit about shoveling horse manure than you previously knew, too.