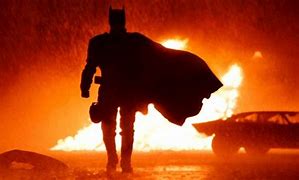 Caught The Batman this weekend (thanks for the treat, roomie) in an actual movie theatre, a momentary escape from the hellish week of still more rejection and impatience I endured.  Roomie’s first-take observation was “good, but very woke”.   Mine’s a bit more detailed and complex.

Unlike most of the superhero franchises currently in vogue, the legacy of Batman is one I do have some personal experience with.  I was a DC comics junkie as a kid, and the first primetime TV show I was allowed to stay up late for was the original 60s BATMAN TV series.  Anyone old enough to remember the show remembers the brightness of the purple and yellow capes that those Batman and Robin characters wore, the powerful music and comical cutaways that accompanied every exaggerated fight (Sock!  Pow!! Thwapp!!) and, eventually, the campness of the execution that paid homage to the original versions.

As originally conceived by the legendary Bob Kane in the Detective Comics of the 40s, Batman/Bruce Wayne was inspired as a young boy by the murder of his parents to fight crime and pursue justice.  It was a darker, more serious execution than was the TV show, and as I discovered the comic books I realized these parallel Batman universes existed.  The black-and-white shorts that TV stations resurrected to capitalize on the ABC series’ meteoric popularity were a lens into that world, and I loved seeing them when they aired.  Indeed, I grew up appreciating both executions, and I was a Batfan for life.

Later incarnations, starting with the Michael Keaton iteration and continuing thru Val Kilmer and George Clooney, were indeed darker, as was the Fox/WB animated series that 90s kids embraced.  The iconic supervillians of Joker, Penguin, Riddler and Catwoman were more complex, deeply troubled souls that became templates for psychiatric case studies than were the more lighthearted portrayals in the 60s series.   I wasn’t as invested in those executions, nor the later retellings of the legacy that the comic books of that era portrayed.  I’m not the expert on how Robin became someone else besides Dick Grayson or how Aunt Harriet somehow faded into oblivion.   And I definitely can’t keep track of The New 52 or the Dark Knight iterations.  But I know they provide robust debate for the Sheldons and Leonards who do.

Now this version, after a lengthy delay due to that damn virus, has finally arrived, and in many more seasoned experts’ opinions, it is perhaps the rawest and most emotional iteration yet.  Robert Pattinson’s Batman is dark and brooding, let alone hot (so I’ve read :)) and Zoe Kravitz’ Catwoman is, well, compelling.  Seeing her kick ass, flirt fluidly with both her roommate and the power elite of Gotham City and exert pure energy effortlessly makes it easy to forget she’s the granddaughter of Helen Willis. 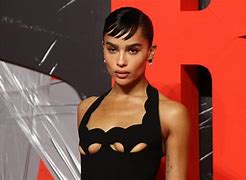 THE BATMAN is a world depicted in stark black and white terms.  THE BATMAN’s costume hues are indeed blacker and grayer than past versions.  The Riddler, as played so hauntingly by Paul Dano, is clad in similar hues with his voice disguised and his mouth duct-taped shut.  Many of the good guys are black–Commissioner Gordon and the Gotham mayoral candidate whose Election Night is kind of ruined, to name two.  Catwoman, who straddles both sides of the battle, is portrayed excitingly and appropriately by Kravitz, who is of mixed-race origin.    It’s indeed a reversal of the Star Wars and Western movie universe where the color of the headgear indicated which side was Good and which was Evil.

If THE BATMAN were simply a metaphor for wokeness as Roomie suggested, it would have been significant enough IMO.  But this film goes beyond that to depict so many other discomforting issues of our troubled current times.  The corruption that is rampant within Gotham City’s police ranks is eerily reminiscent of so many allegations tied to Defund the Police and BLM protests.  The world that The Riddler relies upon for his support evokes Q-Anon.  The uprising that leads to the climactic scenes arguably intertwined with January 6th, with far more lethal results.  And just when you think the challenge to normalcy is vanquished by The Batman’s unmasking of one of those who carry on The Riddler’s plan even after he is safely tucked away in an asylum reminds us that no cause for “vengeance” is limited to just one person.  If the Gotham City Asylum is a metaphor for Mar-a-Lago, the (spoiler alert) the presence of more Vengeance signals the battle has just begun and, of course, a significant franchise for HBO Max to tap into as they expand.

The BATMAN universe has always been one dominated by mask-wearing and the consequences of unmasking.  In a world that I continue to observe remains so resolute in wearing masks despite all protocol loosening and is fodder for such deeply determined personal choice despite these “science-based” adjustments, it is even more of a mirror to reality than ever.  I am perpetually stunned when people in LA, outdoors in 70 degree sunshine, continue to wear those damn blue disposable bibs over their nose and mouth and cross the street whenever someone comes close to them.  I try and remind myself it’s them, not me.  The kids aren’t vaccinated, they may be immunocompromised, they may have elderly relatives, etc. etc.  People have their reasons, I know.  But for me, every time someone can’t let go of the world of isolation is a grim reminder that it remains a challenge to personally connect, directly discuss employment and, of course, to simply be hugged.  Dano’s Riddler was similarly snubbed as an orphan, believing that “renewal” had ignored him.  He was driven to mania behind his own masking.  I’m nowhere near that off the deep end, I assure you.  But yet–sadly, I can empathize.

So here’s my own Batsignal 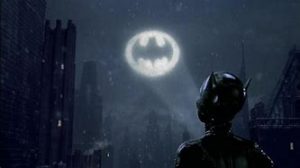 as we head into a third year of this ENdemic.  I’m relieved even Warner Brothers chose to release this exclusively in theatres, effectively forcing people who want to see this really well done movie without the crutch of simultaneous PVOD release as was done with its 2021 slate and will be done with a number of those in 2022.  Many moviegoers have bitched about this, particularly as that decision was accompanied by variable pricing that means a ticket price is now pushing $20.  To those who are indeed woke who feel that way, let me say just this:  Shut up, put on your pants, put your damn mask in your pocket, go see THE BATMAN and smile, darn you, smile.  Send your own signal of hope back.  Please.