As what is left of a fall TV season begins to unfold, local stations are getting ready to debut new shows to replace the numerous veterans that are departing.  No more prominent on this list are the time periods being given up with Ellen DeGeneres’ departure, which becomes official at the end of this week when the last repeat telecast of her 19th season airs. 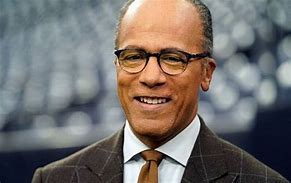 In a handful of cities, a new syndicated show, such as Jennifer Hudson’s talker, will replace her.  But in the vast majority of situations, those valuable time slots will be replaced by news.  Both expanded local newscasts and, in many cases in West Coast markets, double runs of later-evening staples like NBC NIGHTLY NEWS and JEOPARDY!  As Broadcasting and Cable reported last week:

KNTV San Jose, WJAR Providence and WCCO Minneapolis are among the stations set to introduce an afternoon newscast as their Ellen DeGeneres deals end. On September 12, KNTV will debut the East Coast feed of NBC Nightly News with Lester Holt at 4 p.m., then NBC Bay Area News at 4:30, with Audrey Asistio the anchor.  Down in Los Angeles, Ellen DeGeneres occupies the 3 p.m.-4 p.m. slot at KNBC. On September 12, the station will have local news at 3 p.m. and NBC Nightly News at 3:30. (KNBC and KNTV, both part of the NBCUniversal group, will also air Nightly News in its traditional 6:30 p.m. slot.)

Double-runs of national newscasts that have traditionally been tape-delayed are emerging as perhaps this fall’s latest trend.  As we previously wrote, KCBS Los Angeles will begin to air CBS MORNINGS’ East Coast feed at 4 AM local time next week, with their early morning local block moving to sister duopoly station KCAL as the kickoff to a seven-hour challenger to incumbents KTTV and KTLA.

When streaming options didn’t exist, and when people actually commuted to work, the idea of holding off on something like a newscast being shown until more people were available to watch made sense, if for no other reason than the ability to sell spots in them.  But now that live news exists 24/7 not only on national networks but on streaming services like CBS News Streaming, which includes several local market iterations, and NBC News Now, the idea of news waiting for a viewer to get home has become archaic.  As B&C added:

COVID-19 is a factor in stations substituting local news for syndicated shows. The pandemic enhanced the relationship between consumers and vital local news, and many viewers found themselves working from home and increasingly available to watch local news.

“COVID did change the expectations of our audience for their newscasts,” said (KNBC president/GM Todd) Mokhtari. “The information they want and need is so important — they want all of it, and don’t want to just scratch the surface.”

Makes sense.  In a city like Los Angeles where so many people aren’t even leaving their homes, and often taking breaks in the middle of the afternoon, having news on virtual demand is opportunisitic, if not original. 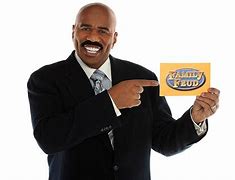 And in cities where expanded local news isn’t as viable, adding multiple runs of syndicated shows is the easiest and most sensible game plan.  To accommodate morning news expansion on the CBS-owned stations, THE DREW BARRYMORE SHOW will be made available in two modular half-hours effective next week.  This will allow CBS Media Ventures to take advantage of a Nielsen quirk that rewards a show occupying a one-hour block that is composed of two distinct half-hours to see their national ratings contribution doubled.  When the methodology changed years ago, the syndicators of FAMILY FEUD, Debmar-Mercury took advantage of that quirk to show dramatic rating growth that coincided with the addition of Steve Harvey as host.  When GSN added several daily runs of earlier episodes, theyw were able to aggregate those runs of national commercials as well.  It is a major reason why FEUD continues to edge both JEOPARDY and WHEEL OF FORTUNE as the most-watched daily game show.

For years JEOPARDY second runs have occasionally aired.  But now many more stations will add that second run as a companion piece fot the shortened DREW show, with the second DREW half-hour airing either overnight or, in some cases, on duopoly and digital outlets.  And as the average frequency of viewing of a daily show is now less than once a week, giving people another shot at seeing it can no longer be seen as potentially cannabalistic.

It may not be the busiest premiere season, nor the most innovative scheduling strategies we’ve ever seen.  To many old-school competitors, it’s perhaps a sign of resignation.  But it’s also an acknowledgement that in a world of immediate gratification, doubling up isn’t putting stations in the jeopardy that had once been feared.  In fact, it’s a necessary step in acknowledging how, when and where people view TV has perhaps changed forever.