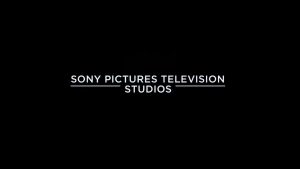 I hesitated in observing this particular anniversary as I have some many others in this space, but a friend that I was actually making in-person lunch plans with yesterday made the fatal mistake of pointing out the milestone to me.  Plus, it was a relatively slow media news day, and I simply don’t have the stomach to write about the price of gas and the somewhat globally consequential reasons for it.

Two years ago yesterday I had a check-in meeting added to my schedule  at Sony via an Outlook invite from the executive assistant of the recently named head of my division.  A one-on-one check-in, scheduled for 10 am on a Friday. Considering it was one of a scant few I had continued to schedule with him as directed when he took over, I was hoping–admittedly against hope– that it was simply a check-in to go over priorities for the upcoming second quarter.  Hoped, admittedly weakly, that he was scheduling it early in the day so he could take off early to get a jump start on the weekend with his husband, his toddler son and their nanny.  Because, of course, that’s how studio EVPs rolled in early March, 2020.

I had only recently returned to the office in person, finally getting back to full physical strength after my recent hospitalization.  Between the holidays, where he and his entourage traveled to Europe, my illness and recovery, a flurry of closed-door meetings to discuss the new fiscal year’s budget scheduled to take place in April and our recent office relocation, we all had scant little time in the new year to even come together as a department, let alone for me to help him strategize as per my job description.

When the meeting got pushed back to the afternoon, my hope dwindled further.  When the rest of my department left to either start their weekend but I was politely asked to hang in for the afternoon, my radar went up.  And when we finally had the meeting in his office a little after 2, my fears were confirmed. Though we were the only two scheduled for the “check-in” in his office, a third person was present.  Our  people and operations “P&O” business partner (the nomenclature our division used for HR) was strategically seated behind the door holding a large folder with papers waiting my signature.  When the door to the office closed, I knew my career at Sony was at an end.

The next 30 minutes were a blur. His heavily accented apologies for this being “a result he didn’t want to see happen” seemed more disingenuous and detached as he devoted more time to me in one meeting than he had in the previous several months since he took over.  My “business partner” did his best to convey empathy as he read the carefully worded top sheet of my package of forms, obviously a fan of George Clooney’s performance in UP IN THE AIR.  I’ll say this much–he was not as lethal, but he certainly wasn’t any more comforting, and a lot less good-looking. 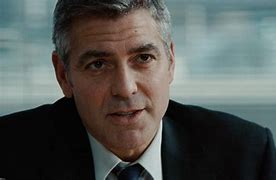 Of course, in hindsight I knew this was imminent.  When I did return earlier that month I was asked to include a couple of recent hires in meetings where they were to “learn more about the reports I issued”.  They were new hires assigned to similar responsibilities that  I had had and they had, in my boss’ words, “done a decent job filling the gap I had left during my recent illness”,  They took a few notes, didn’t know enough to ask many questions, and we set a follow-up meeting to continue their “education”.  Would you be surprised to learn that follow-up meeting never took place?

Relative to how I knew other employees had been treated in similar “restructurings”, I didn’t have much to truly complain about.  They offered a few months’ pay, my full fiscal year bonus (and despite a down year for the studio at large, our division performed well enough to secure ours), and, most of all, paid COBRA for the balance of that year and the next.   Given I had nearly died, and I wasn’t the only one in our household who liberally used the quality insurance we had, it was a big factor for me.

Mr. P&O and my boss were stoic as my world crumbled in front of their distant gazes.  They robotically reassured me that my work had been valued, I was welcome to retain my office for the balance of my contract to use as a base of operations, and that if had any other questions that I should not hesitate to call.   My boss cheerfully added that he’d be happy to recommend me to a number of his powerful colleagues and friends at other studios and networks, many of whom we both knew, to quietly let them know I was moving on and that they had a “rare opportunity to avail themselves of my skills and acumen”.

Of course, the following week a little thing called a pandemic had occurred, and I got an e-mail that fateful Thursday that the studio was about to be locked down and that I should come in immediately to grab my laptop and any other belongings I had and, like the rest of the employed, work from the “comforts of home”.  (Oh, that was reassuring).  The eeriness of the empty and dark hallway I navigated less than a week after my meeting under the intense gaze of the already masked security guard was dystopian.

So when I did place my calls to my boss, at the time it was understandable that they weren’t returned.  But neither were the e-mails that followed.  Nor the panicked texts I then sent under duress to keep him appraised of my rapidly changing personal circumstances.  In fact, save for one apologetic reply sent just before I moved out of my home, I’ve never had a follow-up to any outreach of any kind, let alone an in-person meeting with him or anyone else still employed, in two years and a day as of this writing.  Yep, it’s been busy.  But THAT busy?!?!

But at least my departure was kept out of the press.  Last week, Sony purchased Industrial Media, a successful production company responsible for several unscripted hits of late, for $300 million, adding to a recent flurry of land grabs of content creators by distributors looking to leverage these assets to global streaming services in increasing need for it.  In the announcement, a respected former colleague of mine was referenced parenthetically as one who will be leaving her role to become a producer with an overall deal at Sony.

I’ve been around enough rodeos to know what that actually means.  She had been around a lot longer and was a far higher compensated executive than I.  She has a daughter she adores and an acquired taste for frequent trips to Drybar.  Given my recent image change, I doubt I’ll see her there anytime soon. And, respectfully, I think she’ll be able to afford those trips, let alone her mortgage and expenses, for quite a while.  I’m sure she got a very generous deal and has a full schedule and a full portfolio of passion projects she wants to pursue already.  Her March this year may have gotten off as poorly as mine did two years ago yesterday, but at least the world she is looking at today is more optimistically reopening than the one that was shutting down when my less publicized exit occurred.  And it took an entire company at a nine-figure price tag to replace her.  I was replaced by just two people half my age and roughly a quarter of my salary apiece.  Guess that puts my value in some perspective. 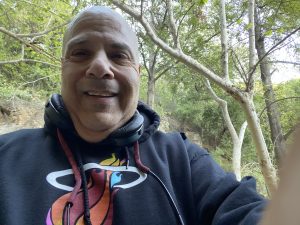 Early this morning I got a request to connect on Linked In from her less public right hand, who has several small children of his own and was always more than respectful to me during our time together.  I suspect he’s been distracted lately as well–none of my e-mails or phone calls to him have been returned, either.  I further suspect he may be considering some options of his own given the events of the past week.  I’d probably even be justified if I ignored his request.  I just don’t have it in me to do that.  I’m happy to take his phone calls, be whatever counsel I can be and I’ll gladly meet him for a meal any time he wants.  We’ll have to go Dutch, but I know I’ve got more than a few ideas he night consider collaborating on.  And perhaps if I let him know that my door is open to that–and those of you who know him know who he is and are free to reinforce this sincere response his way–maybe he’ll take me up on it.

As for my former boss–well, some of you know who he is, too.  And now that my buyout has officially been ended, I’m no longer concerned about any backlash other than perhaps smirks from his support team that may accuse me of residual bitterness.  Let me reassure any of you who fit that description that after 731 days of waiting bitterness is NOT what I’m feeling.  Disappointment, sure.  Hurt, obviously.  I still respect you to keep your name out of print–in fact, I haven’t seen his name in print since his promotion was announced.  I’m still free for lunch with you and will swallow my pride to accept it.  But you’re picking up that tab.