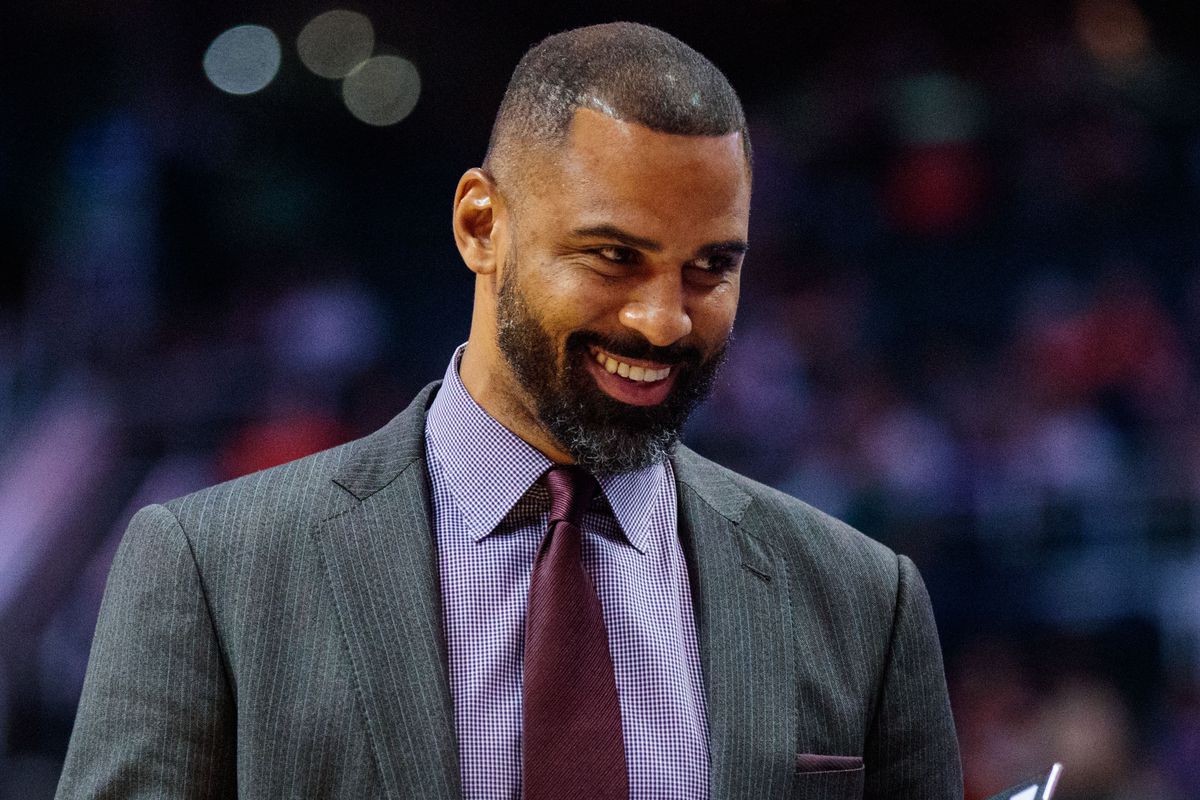 The Boston Celtics are beginning the defense of their surprising run to the NBA Eastern Conference championship with a new, interim head coach.  As any basketball fan knows, the rookie head coach that led them to that runm Ime Udoka, has been given a one-year suspension, the result of an external legal firm’s investigation into reports he had a consensual, intimate relationship with an employee.   Given the fact that Udoka has a long-term relationship with actress Nia Long, and the fact that we operate in a media landscape that salivates at stories like this, this news has now become known well outside the NBA world, and it seems an awful lot of people have strong opinions on it,

So much so, that as reports circulated about this, Twitter speculated as to who could be a worthy enough Jezebel among the Celtics staffers to get Udoka, a clearly attractive athletic man, to cheat on someone like Long, ant unquestionably beautiful and acclaimed performer.  When speculation arose the identity of Udoka’s partner in transgression, general manager (and Udoka’s predescessor) Brad Stevens chose to use what for him was a rare display of profanity to admonish anyone for dragging any name publicly into this, not to mention those who published pictures of almost every Celtics’ female staffer, to the delight of cancel culture and doomscrolling advocates worldwide.

All of this parallels what I’ve personally seen in Hollywood settings involving talents and executives, many of whom are nowhere near the public figure nor physically imposing presence of Udoka, and how in recent years the empowerment of “me too” movements and their relentless pursuit of “justice”, fueled by the availability of social media support and some prominent legal advocates, have demanded that mere suspensions and financial loss aren’t enough of a penalty for a man to pay for ANY sort of relationship with a female colleague, consensual or otherwise.  Or what they may or may not have said about their desire to have one, no matter how many decades ago it was.  For these women, nothing short of permanent banning of this misoygnists, and their lifetime inability to ever have another position anywhere us, appears to be enough fish food to satiate these online piranhas. 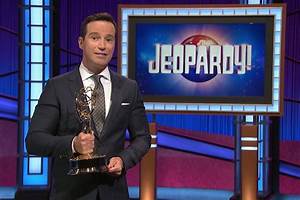 Recently, I fell down the rabbit hole of offering even a shred of a defense for former Jeopardy! producer and Sony executive Mike Richards, now entering the second year of public exile after being ousted from his three jobs after revelations about podcasts that contained disparaging remarks about women, as well as a recap of public records about how Richards conducted himself with female staffers, including talent, while in a similar role at Fremantle.  I observed that while I couldn’r speak for Mike’s behavior at Fremantle, I knew him well enough during our shared time at Sony, as well as other women on his team who were part of his podcast productions, to contend that perhaps those directly involved with the situation were a lot more forgiving than vox populi was, and that Sony executives–one in particular– dusted a lot of these facts under the bus in a feverish attempt to make their own mark on cost savings by giving Richards three jobs (JEOPARDY! host, plus executive producer of both that show and WHEEL OF FORTUNE) and paying less in total than to three separate people who otherwise could have held them.

The castigation I got from these women, none of whom have ever met Richards beyond appearing in public with him, was as vile and expletive-filled as Stevens’.  The fact that women directly involved, who SHOULD have been insulted, was completely lost on them.  These women are supportive of Mike and privately continue to befriend and support him, as do I.    Mike has all but disappeared from public view and will likely never have any job as good as the ones he had ever again.  But anyone who believes he should never be allowed to earn another dime anywhere else, or ever be allowed to move on after a very public apology, is, in my opinion, far more toxic to workplace culture than anything he ever did–or didn’t, depending upon what version of the truth you choose to believe.

Sony’s culpability in that situation was as clear as the Celtics’ was in the Udoka situation.  As Boston Globe sportswriter Gary Washburn, who knows these people way better than any of us do, wrote last week, the employer shouldn’t be given a free pass, either.

It isn’t good practice for professional head coaches to pursue relationships with employees. It’s disappointing and disheartening that a man who has preached professionalism, showing up on time, accepting criticism and using it as motivation was living afoul off the court, falling short of the expectations he had for his players.

The one-year suspension is what Udoka has earned and he deserves it. He spent nearly a decade trying to become an NBA head coach, learning from some of the game’s greats, becoming a top candidate, and earning one of the most respected jobs in professional sports. And he does this? A few months after losing in the NBA Finals?

The Celtics, meanwhile, are guilty of a different transgression. First, someone from the organization leaked the story to ESPN at nearly 11 p.m. on Wednesday, which was intentional. And then once the specifics surfaced, that Udoka had an inappropriate relationship with a female member of the organization, Twitter gangsters began searching the team’s website for any female-sounding name and suddenly started guessing who was Udoka’s partner The most logical choice in their warped minds was Allison Feaster, the Celtics’ vice president of player development and organizational growth. Feaster is a former Harvard star, WNBA player and a stunning Black woman. The natural assumption, because we never wait for facts, was Feaster was the woman Udoka had a relationship with.

Attractive Black man and attractive Black woman have to be fooling around, and for several hours Feaster’s photo was posted on social media as the culprit. It wasn’t her, and the Celtics could have protected her and many other women in their organization by at least releasing a statement offering clarity.

It wouldn’t have saved every woman from scrutiny but at least it would have shown leadership and a strong voice from an organization that apparently prides itself on being the most respected and pristine in professional sports. The Celtics failed Feaster, who likely spent the day avoiding any social media pages and ignoring her direct messages and mentions. 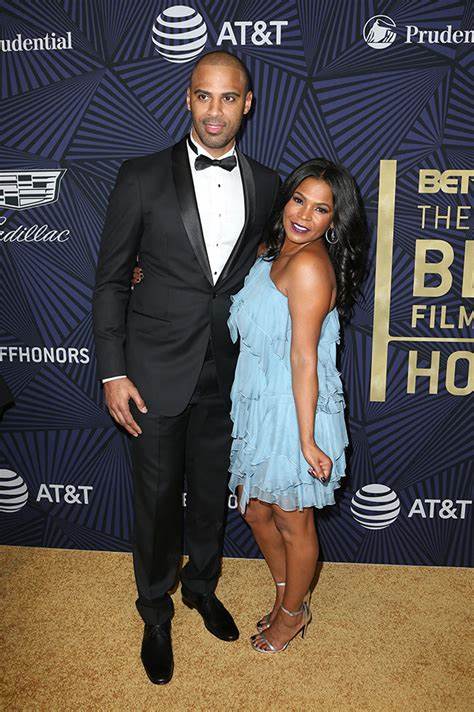 Nia Long has relocated to Boston, with their child, and per Entertainment Tonight reporter Kevin Frazier (who has a background in sports journalism), is standing by Udoka privately.  Like the women in Richards’ life, she is choosing to be more forgiving than those far less directly impacted.   She’s not the first beautiful actress to be forgiving of an attractive man cheating on her, and she won’t be the last.   In the one example that personally impacted me, I’m confounded that someone like her could make such a choice, but, again, I’m not the one directly involved.  I have the right to be privately confounded and even frustrated, but I have no right to pass public judgement.
Neither do these online trolls.  And, for that matter, I’d even call into question exactly what was said by the  Celtics staffers that were interviewed by the investigating firm that advised the Celtics what action to take, and how personally impacted they were by Udoka’s behavior,  If it truly resulted in their inability to perform their jobs, I’d ask one simple question–why??
Might any of them been even a shred as jealous as I’ve been about the personal choice of someone I thought I knew?  Might any of them wished they had been in this staffer’s place?
Whether or not Udoka and Long remain together is up to them.  Whether or not Udoka works anywhere else should have as much to do with his body of work than what body he chose to work on outside of normal business hours.  He won more than 60 per cent of his games for one of the most revered franchises in sports history in his first season as a head coach.  He earned the respect of his players and a hungry fan base.  As was revealed in the Celtics’ media day by those players, they feel hurt and, most of all, blindsided by the timing and lack of notice they received as they prepared for this week;s start of training camp.  Per star Marcus Smart:
It’s been hell for us. Caught by surprise. Nobody really knows anything so we’re just in the wind like everybody else, so these last couple of days have been confusing.”

“I think the hardest thing is it did happen so quickly. It happened in enough time where we didn’t have enough time to really understand anything until media day, so we just kind of, like you guys, have been thrown here, this is what’s going on, and we still have to go out and do our job.

“So, it’s been tough, because this type of situation takes away, unfortunately, from the players who are here and have put in the work and who are going out there to do their job. So it’s definitely been unfortunate for all parties involved, but we’re trying to do our best to cope or whatever we now.”

It’s not likely Udoka and Smart will be talking any time soon, but, then again, that’s just my speculation.  I’d like to think they’ll be as privately supportive at some point as those in Mike Richards’ life are.  And if indeed Udoka has been truthful about his apology, he should be given the chance for a fresh start somewhere else.  His ability to coach is pretty damn impressive.  He grew up in the Portland area.  The Blazers could use a mind like his–yes, I’m biased about that area, I admit.

I believe in second chances, actually, many more than seconds.  I believe in redemption.  I believe everyone deserves a chance to be considered on the totality of their experience, not just one unfortunately publicly excoriated incident.

I sure wish he gets that next chance eventually.  And, frankly, I’d lvoe to have my own sooner than later, too.