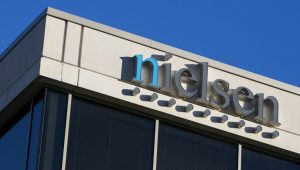 Since the 1950s the lives and livelihoods of thousands of media executives and tens of thousands of producers and actors have been dictated by the results derived from a small fraction of U.S. TV households, otherwise known as the Nielsen ratings panel.  As this column has previously documented, the daily intensity of compiling, disseminating, spinning and contextualiing those precious results created urgency, dependency and overfocus on a system that virtually everyone using it loathed.  Nielsen has historically been accused of being biased, corrupt, inept, incomplete and a poor value.  As someone who was a prominent consumer and at times economic inflencer of that addiction, I can vouch that every one of those complaints was unequiocally accurate.

Last week the Media Rating Council, an organization that accredits companies that look to provide data measurement as part of a roughly $100 billion advertising ecosystem, took the unprecedented step of suspending Nielsen’s stamp of approval, the outgrowth of intense criticism of pandemic-related variances in sample size and quality that has, in media companies’ unilateral opinion, driven the dramatic downturn in ratings that virtually every viewing source has suffered.  This is blood in the water for competitors such as Comscore, a competitor with roots in online measurement, as well as other fledgling digital-first services.  NBCU is putting out RFPs to over 70 such companies in the hopes of finding a panoply of companies who will provide credible measurement of their content.  (Ironically, this beauty pageant is being supervised by Kelly Abracarian, until last year one of Nielsen’s senior executives and chief shill who Comcast specifically recruited to spearhead this search.)   Last month incoming Warner Discovery CEO David Zaslav said on an earnings call that he “didn’t have a lot of hope for Nielsen because they just can’t get it together”.  Apple, Amazon and Netflix have basically said nothing publicly–they manage their information and decision-making primarily with first party transactional and consumption data that they believe is far superior to Nielsen’s–and they’re 150% right.

Nielsen’s methodology that primarily relies upon a stratified sample of televisions in approximately 40,000 households that purports to measure the viewing nuances of 120 million in a world of infinite choices, omitting any screens that are not connected to a hard wire, is as outdated as a rotary dial phone.  Poilicing that heavily relies upon field officers double-checking panel homes personally was exposed during the early days of the pandemic, when Nielsen was effectively locked out of that policy, a reality Nielsen CEO David Kenny has admitted.  They have vowed to introduce a more effective product next year called Nielsen One that purports to address these concerns, but over these last six decades Nielsen has rarely delivered on the radical changes clients have demanded in an era where ratings actually mattered. Arguably, they no longer do.

The most successful content companies determine what they continue to produce based upon internal data that ties to the overall usage of the platform and the churn rate of subscribers.  Effectively, they don’t care if you actually consume what you buy, all they care about is that you continue to pay for the privelage to shop.  Devoid of public proof of performance, creative executives are free to order or renew whatever they personally feel has appeal or larger-scale appeal.  Development and promotion executives have increasingly relied upon revivals and reimaginings of existing IP largely to unlock value of franchises long dormant, not necessarily with the foresight of relevance.  Has the world really demanded a reboot of Perfect Strangers, a moderately rated broadcast sitcom from the late 1980s, for a service such as HBO Max that largely appeals to esoteric  audiences of which a plurarlity weren’t even alive when it went off the air?  Do we really want to see how Punky Brewster, Lizzie McGuire and Raven Baxter are doing as they approach middle age?  And even if we do, do media companies have any interest in telling these stories for any longer arc than a handful of episodes that provide just enough cost efficiency to build a library that will add to its algorithm that will attempt to keep you watching via clickbait and autoplay–and count as few as two minutes of such consumption toward what they consider to be proof of viewership?

Despite massive ratings declines, advertisers continue to buy time.  There’s virtually no interest from media trades on overnight ratings and, with theatrical windows compressed and compromised by the pandemic, not even weekend box office has the appeal it once did.  There continue to be awards, largely for content from streaming platforms that reflect elitist verdicts from an overly invested voting constituency looking for some sort of validation beyond high ratings and long-term renewals that have seemingly become impossible to achieve in a world of infinite choice.

Decades ago Leblanguage documented–yes, via Nielsen– that cable companies which offered 100 channels saw roughly 15 of them being viewed for ten minutes a month on average.  Every individual’s personal list of 15 was likely unique.  With a threshold of two minutes and in a streaming world where hundreds of thousands of choices now available on a daily basis–let alone user-generated content from social media–the simple question of “what is popular” is increasingly impossible to answer and irrelevant if one does.  Virtually anything can be made by anyone if there’s enough money and commitment to make it.  And very little truly succeeds.  For trillion dollar tech behemoths, any one piece of content is as relevant to them as a molecule is to a mountain.

Some execs believe the potential demise of Nielsen is the story.  We’d argue that the demise of popularity is the bigger one.  Relevance is ephemeral; fifteen minutes of fame has been redefined to a blowup on Twitter.   Water cooler discussions no longer exist in a world where far fewer people gather around them.  Ratings don’t matter and they’re hopelessly inaccurate anyway.  We continue to largely Netflix and chill and yet competitors continue to throw billions into trying to change that.  And we order pizza to fill our stomachs while this plays out.

So if Nielsen goes away, will it truly be revolutionary?  Or will it be a tree falling in the forest when no one is there to hear it–does it really make a noise?  Timber.