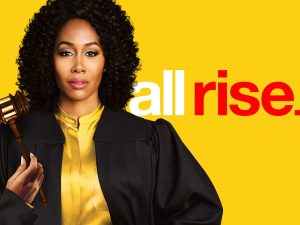 Yesterday I had a minor surgical procedure that had me under anethesia for the first time since my major health scare Christmas 2019.  And NBC brought LAW AND ORDER back from the dead.  In Leblanguage, these events are indeed connected.

The revival of LAW AND ORDER, scheduled for NBC and Peacock next year 13 years after the mother ship sunset,  is the latest attempt of content providers to reinvent, revive and repurpose intellectual property to serve a nearly infinite appetite of streaming services as well as traditional networks with familiar, proven titles that can capture the attention of binge-weakened viewers looking to keep their audiences within their walled garden for a few minutes more.  It is a fascinating statement of how in a time of endless change there is incredible value in providing comfort food, perhaps sometimes in an exotic repackaging, to keep people at the proverbial table.

The economics on both sides of the video equation demand this,  Shows that get cancelled after a season or two have huge deficits with limited back end value, meaning studios lose.  Conversely, for a struggling network or streaming service having 20-50 episodes of something that was viewed by millions provides an immediate opportunity to capitalize on rerun value while simultaneously springboarding new episodes exclusive to the service.  The eventual larger back end library then has greater perpetual value in size and scope for its licensees, meaning both the studio and the platform win. 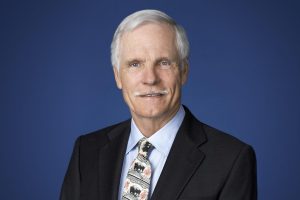 In recent days the critically acclaimed ALL RISE and ZOEY’S EXTRAORDINARY PLAYLIST were both given new life after spring cancellations.  Previously, MANIFEST was saved from extinction after an emotionally charged social media blitz by its producers and cast.  I had the honor of working of Sony’s recent reimagining of ONE DAY AT A TIME being reverse-engineered into a fourth season on Pop and CBS after Netflix let it go.  Sony tried the same strategy this year with For Life and Rebel, as did MGM with Clarice, but deal obstacles and modest sampling of existing episodes aborted those attempts.  Series have been moved from network to network since the dawn of television, but never at such a dizzying pace with such a hungry ecosystem.

So what does this have to do with my surgery?  Well it’s obvious–humans, like shows , don’t immediately die when they are down, as I did not die yesterday or previously.  Tenacity, passion and will keep us all going, and those qualities apply to creators and executives determined to get the most out of everything.  When I worked for Ted Turner in the 90s, Ted crudely but accurately defended his purchase of the MGM assets as “chickenshit economics”.  Ted would explain, “Making money from a library is like eating a chicken.  You eat the meat and skin, you then use the bones to make soup, you then grind the bones to make chickenshit and you put it back into the ground to start all over”.

Ted may not have been fully accurate with his understanding of the circle of animal life, but he was spot on on the circle of content life.  Out of that philosophy came Cartoon Network and Turner Classic Movies. As competing studios realized the relevance and new generations of audiences that would reignite dormant titles remakes of iconic franchises like Mission: Impossible and Batman became more proliferant.  We now see shows like the “busted series” outlined above as more common, and revivals and reboots of what we grew up on even more prolific.  2021 has seen the return of “Saved By The Bell” and “Punky Brewster” and an African-American POV reinvention of “The Wonder Years”.   Still planned are remakes of “Perfect Strangers” and “Designing Women”, among others.

So I’m still going, albeit with a silver dollar-sized hole in my gut that will take a few days to heal.  So too will the race to reinvent invention, giving new voices ways to create visions without the intense pressure of something truly original.   I;ll ride that train as long as G-d lets me, and I’ll hopefully be able to guide passengers to the right seats for tbe best view.