The answer, of course, is no.  With hundreds of networks and dozens of streaming services to choose from, even when factoring in the staggering reality that approximately 330 million of us lived in the US today the odds of anyone sharing a viewing experience at the same time on the same channel is really, really low, even at a time of year when, allegedly, we are supposedly getting into the holiday spirit and gathering as family units around a living room television (in reality or in our minds, by a roaring fire) to watch shows of the season.

By the way, that number is something we used to call a household rating, which is a currency which TV advertisers bought and sold commercial time on.  I only play Captain Obvious because I rattled my overtired brain for any direct comparison from readily available reports of today, there is no immediately accessible information at my disposal that publishes rankings based on that metric.  We use total persons, impressions, adult 18-49 demographics, extended-viewing accrediting and millions of hours viewed to report on something is watched. 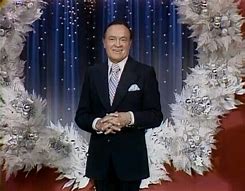 It was very much a simpler and different landscape in 1972.  There were really only the three networks, PBS and a few dozen independent TV stations to choose from.  Cable television essentially existed only to ensure that broadcast signals were capable of being watched in more remote areas.  No home video.  Indeed, family units were larger; in 1972 there were 3.3 persons per TV household vs. the 2.6 that exists today.  So even allowing for the skews of such content as a 69-year-old man joking with Elke Sommer and Anthony Davis, it’s safe to say that Bob Hope special was watched by more than 60 million people on a Sunday night in December (including me, BTW).  NBC will indeed still be number one next Sunday night with a crucial football game between the Dolphins and Chargers, but it will likely be viewed by less than a third of who watched the Chrysler All-American college football game trade cue card-written one-liners in ’72. 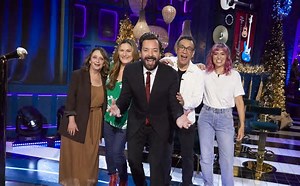 Earlier this week, the remaining broadcast TV viewers who aren’t watching live sports will indeed have a few seasonal choices, only this week they will be special holiday-themed installments of game and competition shows.  Tonight, one can watch THE GREAT CHRISTMAS LIGHT FIGHT at 8 and follow it up with THAT’S MY JAM at 10 on NBC,  Tomorrow night, you can see holiday-themed episodes of summer staples PRESS YOUR LUCK and THE $100,000 PYRAMID on ABC.  If you can have Rosie O’Donnell rocking a Christmas sweater, who needs Elke Sommer anyway?

More likely, you’ll probably be watching Christmas-themed movies on at least five different top tier cable networks, most notably the Hallmark Channel, which is cable’s top-rated non-news network at this crucial time of year, having had this schedule since just before Halloween.  Freeform, FX, AMC, Lifetime and its fledgling arch-rival Great American Family, among others, are competing head-to-head. 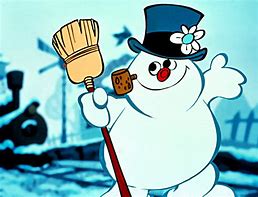 And if you search hard enough, you can indeed watch exactLY what you (or your parents or grandparents) were watching fifty years ago this week.,  The beauty of Christmas-themed programming is that never ages, effectively making it a perpetually marketable commodity.  You can find that very Bob Hope Special on Prime Video.  You may have already watched Frosty the Snowman on CBS; it’s still airing there, it just aired a notch earlier this year (Black Friday).   And considering nearly 30 per cent of TV households don’t receive cable, there’s a growing likelihood you might just do that.

And while most of us still have a living room and a much larger TV than we used to in it, we’re far more likely to be watching alone on a device, effectively raising the number of potential screens into the millions.  You might text about it or even have a “virtual watch party”, but the idea of watching holiday specials as a family unit appears to be gone forever. 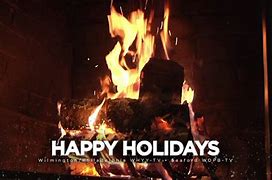 If you truly are seeking something nostalgic, perhaps you’ll be drawn to the holiday-themed content on Crackle, which will actually live up its name by providing no less than 15 different versions of a yule log channel, getting the head start on what are now Nexstar stations that started the Christmas Eve-only tradition six decades ago.  Whether your Christmas music of choice is contemporary or classic, you can multitask to your heart’s content between now and the 25th.

Me?  I’m just trying to get the 15th of the month, for more than just my viewing options.  Once we hit that day, there won’t be a single day in the next 18 that won’t feature at least one football game.  That’s MY holiday programming.  And it appears I’m gonna be watching alone.

I sure hope you’ll be seeing something else besides what I see.