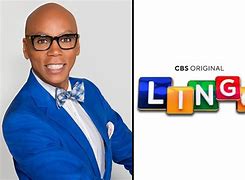 CBS quietly announced yesterday their mid-season schedule, with the even more muted announcement that LINGO, the latest incarnation of a game show with a modest history in the US but a strong international acceptance spanning several decades, will round out a short-term Wednesday night schedule sandwiched between nighttime episodes of THE PRICE IS RIGHT and returning unscripted competition series TOUGH AS NAILS starting January 11.

When the show was announced, the involved parties were crowing about the fact that not only did the show itself have a robust past, having recently been revived in the UK in the updated, bigger-money one-hour format which CBS’s version will riff off (indeed, they taped their episodes on the UK version’s set), but it was also capitalizing on the WORDLE fad, which was all the rage when the first news of CBS’ version was announced.

That was NINE MONTHS AGO. 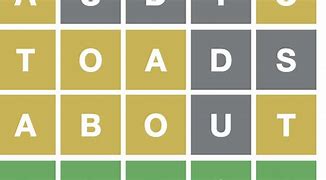 Now I’m as much of a word game lover as anyone, and when it was in the midst of becoming an addiction roughly a year ago, helping so many cope with the depression of Omicron, I could barely wait to jump onto the site while I was trying to wake up and rack my brain.  WORDLE is a de facto clone of LINGO, adding a sixth potential guess to a process of elimination where one attempts to guess a common five-letter word by knowing which letters in each guess were in their actual position in the target word, or which letters were in the word itself but out of position.  Numerous strategy sites and online help threads were started to help people along.  Feel-good stories came out about how relatives could check up on the health status of shut-ins by obligating them to text their results (which the WORDLE app faciliattes) every day.  When a couple of days went by without the text, the relative had local health officials stop by, where they found the non-texter extremely ill and depressed.  An Omicron victim without anyone available to them to help,  Sadly, I can identify.

But that was THEN.  Since then, WORDLE has been sold to the New York Times, and its earliest adopters have lamented how difficult some of the words have become and how it now lacks the appeal of novelty.  And, let’s face it, after more than 500 installments,  it’s become a little stale.  After you’ve been stymied by the likes of a word like EPOXY, you begin to lose your urgency.  So it’s debatable exactly how hot WORDLE is now, which clearly will diminish the buzz on LINGO.

And LINGO’s not exactly setting the world on fire in the UK any more, either.  After a gap of more than a year between seasons, a celebrity-filled second season debuted recently on ITV, but was immediately pre-empted for two weeks as programming dedicated to the life and death of Queen Elizabeth pre-empted it . 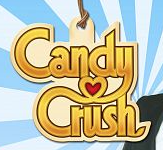 Both CBS and the IP-based game show world have been down the bandwagon path before.  In 2017 a primetime version of CANDY CRUSH, which had been also been adopted from its online version in the quiz-show mad UK, premiered on a summer Sunday night, with a coattails strategy adjacent to BIG BROTHER, and promptly became the single lowesr-rated show on TV by its conclusion, having shed 82% of its opening night 18-49 rating in the process.  CANDY CRUSH was released in 2012, and had reached its popularity peak in 2014, with 245 million monthly active users (MAUs).  By 2016, that number had diminished by roughly a third, to 166 million.  Not exactly the momentum CBS had hoped for?

And TRIVIAL PURSUIT, which took  North America by storm as a board game in 1984, took ten years to get to air (albeit, after a couple of failed attempts to sell different versions),  It was the cornerstone of an ambitious attempt by the Family Channel to capitalize on the 900 number interactive craze, essentially producing a traditional game show with as traditional a host as was available at the time (Wink Martindale) to surround”playbreaks” where home players could win prizes via their touch-tone phones.  Several other IPs, including BOGGLE and JUMBLE, developed similar shows within the TRIVIAVERSE.  But by the time all of this finally got to air, the flame of the fad had diminished greatly.  The entire venture was a colossal failure, though it did sell a few board games. 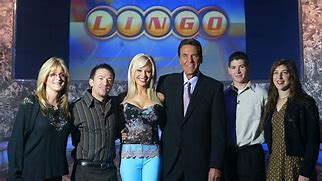 In fairness, neither of those shows were executed well, IMO.  RuPaul Charles brings a unique appeal and talent to the hosting chores, and having worked with him when he WAS wearing men’s clothing I can attest to the fact his talents are legitimate.  And I’ve seen the UK version, and I’ll offer it’s a far better watch the the US version which dominated Game Show Network in the mid-2000s.  I’ll take anyone over Chuck Woolery these days, and I’m including Bill Engvall, who hosted an ill-conceived 2012 revival whch tried to milk as much sexual innuendo out of five-letter words than most people have milked out of four-letter ones.

But I’m not the target audience and for this, and I have my doubts that even the one CBS believed was available when this was commissioned is clamoring for a five-letter word game in prime time now as much as they were then  The bar isn’t high–this will air during a cycle where FOX’s higher-rated unscripted shows will be on hiatus–but the appetite just doesn’t seem to be there.

Think about it:  How many damn posts did you see last spring when people bragged about how many clues it took them to solve their WORDLE?  In my feed, I saw about 60 a day, often with more comments about that performance that the death of a pet.

Today?  Three.  And these days, short of a 2-word solve (only seven times ever for me), I never post publicly.

I do send mine to a cherished relative who does check up on me.  I don’t have COVID, but I could use the check-in.  But that’s just between me and her.

So will LINGO be the latest example of chasing a train well after it’s left the station?  I sense I see the way the arrow is pointing.