I wake up in the dark yet again, shaking, agitated, frustrated.  Only on this day, destined to be wet and dreary everywhere from where I am in Los Angeles to where so many wonderful people are in South Florida, I know I’m not alone.

It’s Election Day 2022, and for far too many experts, pundits and observers who have dominated my timeline for the last couple of years, it’s a day that has been anticipated and dreaded since at least January 6, 2021.  The shrill, almost desperate pleas from my more politically active long-lost friends decrying the “death of democracy” is growing in amplitude and agitation.  Many are informed, poignant and articulate, pointing to the similarities in how similar breakdowns occurred in Hungary, Turkey and Poland, and, of course, Nazi Germany.  Several people I respect who have lived in authoritarian countries present a perspective of actual recent experience and warn of truly darker days ahead.  I know they’re not sleeping now, either.

But I can only offer up that while what they have defined as democracy may be going through its death rattles tonight, the harsh reality is that if we are to believe the principles of democracy being rooted in “majority rules”, it already died a long time ago.  And, I, for one, blame Nielsen. 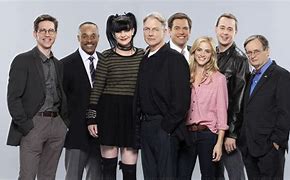 Maligned as it is, particularly by disbelieving creatives, Nielsen has been established for roughly seven decades as the currency which billions of dollars of advertising time, and the livelihoods of millions of careers including mine, are measured by.  For the first six weeks of the 2022-23 season, a 20-year old procedural spin-off of a 30-year old failed NBC drama (NCIS and JAG, BTW) has been watched by more Americans with the ability to watch television than anything other than a sporting event (or, in aggregate, a political hearing).   That’s a process where people cast votes as well.  And plenty of so-called genuises are as fervent in picking apart a system that produces that result as the likes of election deniers who are dominating both the candidacies of hundreds of offices which will be at stake tonight, not to mention ominpresent at the ballot boxes they insist we wait in interminable lines to stick a card into before closing time. Most of us–well, save for a few opininated executives and producers–are capable of accepting verdicts like that because, let’s face it, there’s a lot less at stake.  But if somehow a majority of people in Arizona believe a robotic news anchor should govern their state, or a majority of people in Pennsylvania conclude the lowest-rated talk show host of the 2021-22 season who is a resident in name only should be a Senator, or a majority of Los Angelenos believe the owner of the most overpriced mall in Mid-City should be their mayor, that IS democracy.  Majority rules.  I’m not happy about it, either.  But stripping away the issues, it’s no different that being forced to accept Mark Harmon is more popular than Jennifer Coolidge.

Like the death of a doctor.  A doctor who began her career as a brilliant and savvy researcher and assistant at now-defunct companies like Lorimar and 20th Century Fox, and somehow survived being by personal assistant.   She later changed careers.  You may not have heard of her,  You should.  Here’s what else was in my timeline this weekend along with the other news items referenced above. 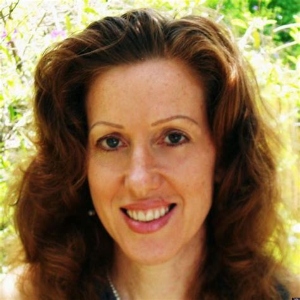 It is with great sadness that we share the news of the passing of Dr. Patricia Fitzgerald, Medical Advisor and friend to the Documenting Hope Project.

Our Executive Director, Beth Lambert has written a few words of remembrance:

We are heartbroken at the passing of Dr. Patricia Fitzgerald, long-time friend and advisor to the Documenting Hope Project.

Dr. Fitzgerald held a Doctorate Degree in Acupuncture and Oriental Medicine, a master’s degree in Traditional Oriental Medicine, and a Doctorate in Homeopathic Medicine. She was a licensed acupuncturist and herbalist, as well as a Certified Clinical Nutritionist.  She served on the faculty of Yo San University. Dr. Fitzgerald authored the best-selling award-winning book, The Detox Solution: The Missing Link to Radiant Health, Abundant Energy, Ideal Weight, and Peace of Mind, a resource that was ahead of its time and widely used by patients and colleagues across the country. Dr. Fitzgerald was loved by her patients and was personally and profoundly committed to helping others restore their health mentally, physically and spiritually.  She was an animal lover and dedicated much of her life to volunteering within the animal rescue community.

Patricia Fitzgerald was a far better human being than anyone I can identify who is running for office, and many who will cast their DEMOCRATIC votes today (or already have).

Only she didn’t live to cast hers.

And she was WAY more decent than far too many others that are more directly affecting me than anyone who may be my political leader come tomorrow morning.

Decency to me means actually supporting someone who is truly at the end of one’s rope with frustration.  Who can’t even afford the fees to file forms to give himself the chance to get on a better road to solvency, and who is mocked by the very people who point out that reality as a way to reinforce how little they think of them because they happen to be in that position.  Who live in comfortable homes, drive multiple cars, and hold down jobs they work hard in, and who are incapable of being as resourceful as someone I admire who somehow has access to personal friends and family members who help create a support system where they are paid more than $1000 a night for personal apperances, earn several thousand a month from an investment property, and enough in various gigs to afford to travel to Europe twice in a three-month span and wear designer sunglasses in every gorgeous picture posted online.  And actually chastise me for even thinking that a lifestyle like that is worth aspiring to.

I’m getting more help and advice from people I barely know, or never have previously met, than people who’ve known me my entire life and who purport to be my most fervent friends.

To me, they’re even more disingeneous than the likes of the news anchor, talk show host, ex-Heisman Trophy winner or reality show star who may, by the end of this month, be the de facto leadership elite of our country.

Yes, I’m upset, just like many of you are or soon will be.  I don’t think it’s possible for you to understand how deeply I wish I was in a place in life to care as much about what happens tonight, or may later unfold if tonight’s results are somehow seen as undesirable, as some of you may be.  Maybe you are.  Most of you have somehow withheld it.

I continue to pursue with passion my relevance to companies seeking insights, knowledge and passion to help them succeed.  The first one to actually find a way to give me such opportunity will have my full attention, energy and dedication.  I’ll keep reiterating this as long as I have the ability to type:  there’s absolutely nothing that wouldn’t be solved if someone–anyone–would give me a chance to earn a decent living again.  I’m as sick of asking for interviews and consideration as most of you are seeing me do so.

But much like the deniers who WILL be elected tonight, I’m simply too stubborn and determined to go away completely.  Rather than stay so resolute in your way of living, lamenting the death of a system broken long before this, perhaps you may want to reconsider your own path to how this day has come about, in the same detailed manner that my persistently sleepless nights have.

Before I can address the resurrection of democracy, I’d champion your consideration to resurrect decency.  Give some respect to a point of view that isn’t yours.