On what will be the first full workday of the new year, just as many of the blissfully still-employed are grudgingly finding their way back to offices after vacations and, in many cases, overreactions to conflated and outdated virus “recommendations” that have had millions not even wearing pants for the last couple of years, good old fashioned daytime broadcast television will actually feature back-to-back events that are worth watching today, if for no other reasons that they are reminders of what we used to be and what we are in grave danger of becoming.

On ABC at 11 AM Eastern, THE VIEW will air live with a tribute episode to its founder, Barbara Walters.  Walters’ influence on prime time was appropriately captured when she passed last Friday night and ABC quickly filled the Friday night time slot typically occupied by the groundbreaking newsmagazine she and former TODAY SHOW colleague Hugh Downs co-hosted for years, 20/20, with a clearly pre-planned but nevertheless poignant look back at her extraordinary life as a journalist, interviewer and inspiration for a generation of equally intrepid and trailblazing female newspeople. 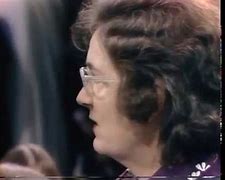 But it is the daytime television viewer, the historic stay-at-home housewife or ailing student otherwise captivated by more banal talk and variety shows and play-along game shows, that will remember Walters most poignantly and reverently.   I first watched Walters when she co-hosted THE TODAY SHOW, and for a few years also anchored a follow-up syndicated interview show produced by the NBC owned stations called NOT FOR WOMEN ONLY.  As it kicked off a lineup otherwise dominated by game shows, and as the title invited me to do, I was a regular viewer.  For several years, the show had aired in a version hosted by another groundbreaking female reporter, Aline Saarinen, without the word “not” in front of it.  When Saarinen moved to Paris to head NBC News’ bureau there in 1971, Walters was asked to take the show over.  As Wikpedia recounts, it was then Walters put her stamp on the production and appeal of daytime television in a similar fashion to how she impacted it as a presenter:

In addition to changing the name and widening the range of topics addressed on the show, Walters requested the studio audience be seated at round tables rather than in rows, creating a more engaging environment. Audience members were no longer invited experts but members of the public who wrote in for tickets, asking, as Walters put it, “questions the folks watching at home would most want asked.”[8] The program was one of the first talk shows to involve audiences in this way.[9]

Walters featured a variety of subjects on the show that she thought would be meaningful for her audience, including mainstream topics related to women’s equality.[12] These included “Sensitivity Training,” “Stress,” “Mastectomy,” and “Is the Family Dying?” along with “lighthearted themes” like “The Hostess with the Mostest.”[13]

Whenever ratings slipped, Walters recalls, “we did a program that dealt with some aspect of sex … We had the most dignified and respected experts address these issues, and our questions were also dignified, but we managed to be candid and therefore exciting in a way few shows were in those days.[15], 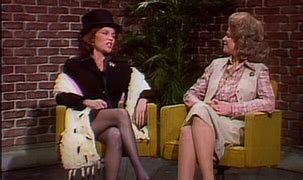 And it ultimately inspired pop culture satire from the likes of Gilda Radner, whose loving Baba Wawa character would anchor its spoof on early days’ SNLs, and frankly made Walters far more famous and accessible that her interviewing did.

If this sounds a lot like the subject matter that THE VIEW covers on a daily basis with its endless array of hosts, making the debates that were reserved for those engaged audience members (who always seemed to remind me of my mom’s Mah Jongg group) front and center, you’d be right.  Walters called it one of her inspirations for THE VIEW, which took over a time slot that ABC had rotated failure after failure into for more than a decade, often third-rate game shows that paled in comparison to the time period leader THE PRICE IS RIGHT, or far tamer and lamer daytime fare like THE HOME SHOW.  A quarter-century later, it still competes with PRICE, but has a much younger and more advertiser-friendly audience, and ultimately got back many major market affiliates that had given up carrying ABC in the hour. 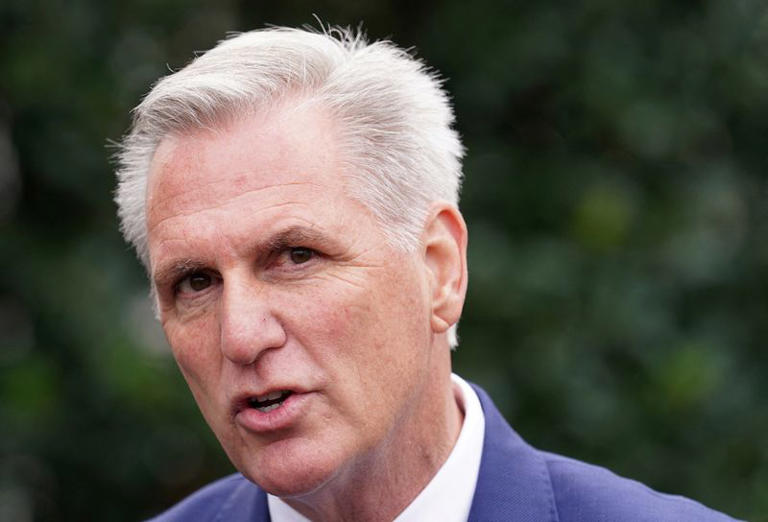 And right after that, PBS will devote the balance of the day to the coverage of the initial meeting of the 118th Congress, and the potentially pathetic events that are likely to unfold as Kevin McCarthy hopes to be sworn in as Speaker of the House.  Bakersfield native McCarthy has literally sold his soul, and probably bought more than his share of fatty tri-tip feasts at greasy spoons off Highway 99 lobbying constiuents as passionately as he has kowtowed to the more conservative and dangerous voices of the 435-member house he aspires to lead.  It is well documented how he has literally kissed the proverbial (and perhaps literal) feet of Donald Trump, Marjorie Taylor Greene and others in his all-too-transparent quest to reach what he considers to be the acme of his political career.

It is highly likely, based upon numerous reports emerging from journalists who were inspired by Walters, that McCarthy will not get the 218 votes he needs for approval, a rubber-stamp process that otherwise would have been a blip in January daytime television in years past.   And to see the likes of political leeches like Matt Goetz, Jim Jordan and others giddily awaiting their chance to lobby fecklessly asnor for a “compromise” replacement, while the Democratic minority will likely sit in waiting as this circus unfolds, will sadly be as compelling as it will be pathetic to watch.

I suppose the current crop of VIEW hosts will do their best to give perspective and their array of opinions on what eventually transpires this afternoon on upcoming shows, particularly given the likelihood that should the McCarthy vote indeed not go well this process could go on for days or even weeks. Which considering how well the January 6th hearings among daytime TV viewers in 2022, this could indeed be the shot in the arm the entire daypart needs for relevance.  Nothing against my buddies who live for PRICE, but bringing back the “Back to ’72” game with a new title for the new year to see if younger people can correctly price a crockpot from the era isn’t quite the earth-shattering event that seeing self-minded politicans lie and grovel for acknowledgement portends to be.

But I can’t help but wonder how well Walters would have done with her own imprinteur and take on this.  Or how funny Gilda Radner would have been in doing an SNL skit that elevates it into mainstream consciousness.

Perhaps their successors will be inspired to do that in coming weeks, and perhaps there will be additional reasons to watch over-the-air television.

For today at least, there are at least two such reasons to do so,  Indeed, the sublime and the ridiculous.

And for those of you who do work, incidentally, there’s always your device or computer to follow it.  Or multitask.  You were doing thay anyway while you were working from your home office, right?