So I found out yesterday an old co-worker of mine is splitting with his wife, which I can certainly identify with.  It’s not pleasant in the process, to be sure, and I hope he doesn’t have quite as much of a hassle from his wife and her legal advisors as I’ve been dealing with.  He’s getting up there in age, so the nice guy side of me feels a little concern for this turn of events.

But since this old co-worker of mine is Rupert Murdoch, and since he’s probably got access to some pretty good attorneys of his own, I’d offer that he’s probably gonna make out OK on those counts. 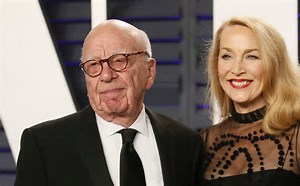 Yes, Rupert is apparently now 0-for-4, with reports emerging yesterday that he and Jerri Hall will be divorcing.  If her name is familiar, she was previously the main squeeze of Mick Jagger, who she did not marry but did have a couple of kids with.  So apparently her standards on looks are offset if a guy can afford her.  (I once was also a co-worker of Lauren Sanchez, so I’ve seen that type of woman up close before).

And upon hearing this news my only thought was:  Did Rupert learn anything from Haim?

Haim, of course, is Saban, the irrepressible mastermind of the Power Rangers, who I briefly enjoyed a consigliere role with.  Having earned his trust years earlier by respecting both his desire to be a “cartoon schlepper” and he wish to take my exceptionally attractive assistant out for an afternoon ride in his Rolls Royce convertible (before he met his true love Cheryl, of course), I not only was able to continue working for the Family Channel when it “morphed’ into FOX Family, but I got to attend many meetings as part of Haim’s posse , helping him to clarify his vision for how he was going to transform the channel into a destination for 21st century families.  Part of that process was selling his vision internally, which included several meetings that Mr. Murdoch attended.  Haim and I had several one-on-ones, both in his palacial penthouse office sharing hand-made sushi and biscotti, as well as quick hops in his limo over the 20th Century FOX lot to go over his presentations. 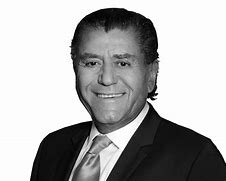 To know Haim is to truly appreciate someone whose bluntness and determination is both inspiring and disarming.  Since he was “mishpuchka” with Bill Clinton and Benjamin Netanyahu, Murdoch was hardly the most powerful person he knew, and he approached every meeting with confidence and swagger.  Me?  Sure, I knew Murdoch from my first tenure at FOX; heck, we even shared a few beers along the way.  But I wasn’t quite a member of that world, and he WAS the most powerful person I knew.  Not to mention the guy paying the bills for the guy paying mine at the time.  So I was more than a little nervous.

Haim picked up on that in advance of one particularly tense meeting.  He also knew my first divorce was in a contentious stage, so he surprisingly started asking me how I was doing.  To this day, many people don’t find the time to ask ME how I’M doing, so I admitted the pressure at home was beginning to take a toll on me,   I had gained a significant amount of weight, which Haim also noticed, and he was justifiably concerned it might impact my job performance.  And in letting my guard down, I expressed my concern about Murdoch’s dismissivenes about the plans Haim had (which, of course, in hindsight he was 100 per cent justified in being skeptical of).   Part of my theory was that at the time 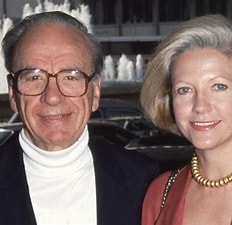 Rupert was divorcing Anna Torv, the mother of three of his adult children.  We had something in common, I ridiculously surmised.  I thought everyone splitting with their spouse would be struggling professionally.

Still, Haim did respect my POV since I had previously worked for FOX.   And, being one of the smartest and most opportunistic persons I’ve ever met, he apparently figured a little levity would help us push his agenda forward  So on this confessional ride he smirked and said “Come with me to Rupert’s office after the meeting.  You need a laugh”.

I had a front row seat to two billionaires kibbitizing.  Haim looked at Rupert with concern and said “No, really, Rupert, how’s things at home?”.  Shockingly, Murdoch confessed that Anna was in the midst of moving out of their mansion, which he admitted he felt a little remourseful about.  Haim then smiled and said, “Well, now you’re at least free to find someone else”.  And Rupert then offered that he already was seeing someone else, who we all knew was a fast-rising vice president in his Hong Kong office, Wendi Deng, roughly half his age.

Rupert took a beat, actually blushed and offered “Well, if you HAVE seen her, you know I don’t need it”.

The tension in the room was eased.  And yes, Rupert did sign off on Haim’s business plan that day.

So now Rupe’s back on the market.  Though he’s 91, he’s hardly done; after all, his mother lived to 103.  But he might need that viagra now.  And maybe a few leads on his potential #5, or at leasr a rebound relationship.  Personally, I’m rooting for that, as the alternative of him spending more quality time with his primetime FOX News Channel personalties is far more alarming.

I’m sure Haim, or G-d forbid Carlson or Hannity, travel in circles where they can set him up if asked.  My roommate signed me up for Match.com when I was first divorcing this go-round.  I’m really in no position to date; my financial uncertainty is hardly an aphrodisiac. But since Rupes recently pocketed $71B for our old studio, he’s likely a better catch for those on that platform.

And I’ll offer that he probably might be able to finagle a discounted membership to the site.  After all, the fella that runs it also used to work for him:

At least I don’t need viagra.   But I could use a reference.