Obsessions that are healthy are called passions.  Perhaps the fine line quality that separates one from the other is that people who have passions pursue them without compromising their integrity or the balance of their lives. 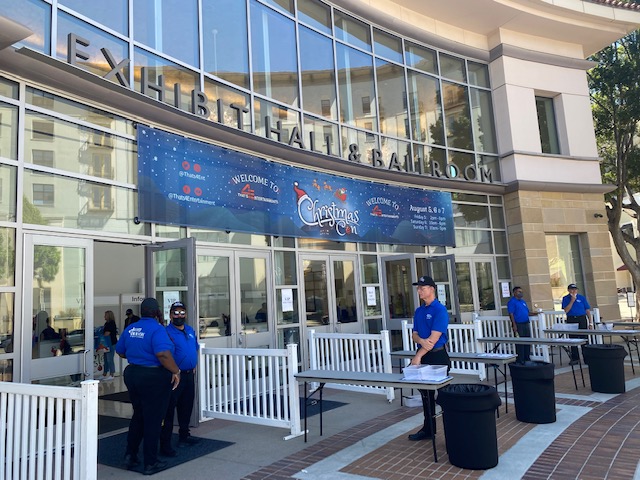 I personally have passions about many things, some that arguably border on obsessive.   But I’m not alone in that definition.  And for people like me, there are plenty of conventions  and -Cons that fill that need and provide a safe way to indulge, and sometimes separate fans from their money by offering merchandise and photo opportunities.

On my morning walks, I’ve noticed one house has kept on its Christmas lights virtually year-round, putting them up in October, finally taking them down around July 4th.  When I learned that a certain person I once knew was involved with a company that produced a fan event that catered to folks like that, I will freely admit my curiosity piqued.  But I’ll defend that I had business-related curiosity for it as well. 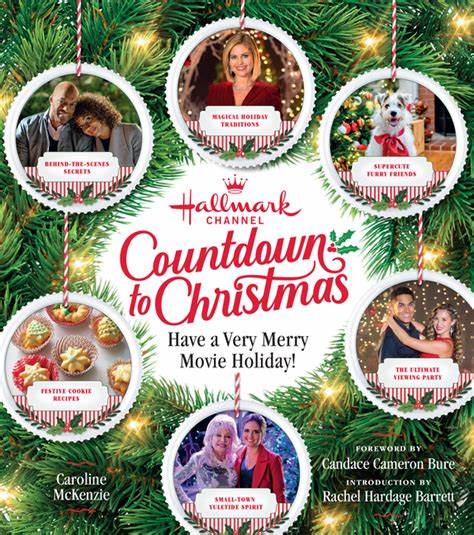 From experience, I knew that the business model of The Hallmark Channel, as well as similarly targeted networks like Lifetime and, now, Great American Family, build around people like that.  They produce movie after movie that allows for escape into an idyllic time of year and world where snow, faith and true love inevitably are prevalent. They’ve extended what was a breakthrough project I was involved with at the original Family Channel called THE 25 DAYS OF CHRISTMAS.  We knew that major networks would often pre-empt their regular programming with holiday specials, many of which were variety shows featuring the likes of Bob Hope, Bing Crosby and Andy Williams and the young generation stars of the moment crooning carols, wearing Santa hats and indulging in lame comedy skits, formulaically and, frequently, with high ratings year after year.  My boss thought–“but no one has yet tried to market the season as an event, and umbrella a whole bunch of these shows for advertisers”.  It just so happens that advertisers concentrate a great deal of spending around what in Madison Avenue parlance is called “the hard eight”, the eight weeks preceding Christmas that are the peak of the retail season.  So there was certainly an economic opportunity to expand Christmas beyond mid-December. 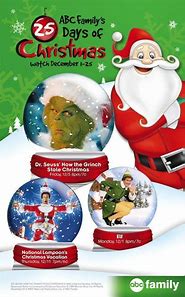 Well, the original 25 Days of Christmas was so successful, Hallmark extended it to Thanksgiving, and, eventually, Halloween.  They now air these movies in summer as well, because back-to-school is the second most lucrative time of year and it costs virtually nothing to run the same movies a second time several months apart from its seasonal airing.  So yes, a Christmas-Con is a damn smart event, and sure enough, personalities from those networks showed up to support it.

On a humid 90 degree day in Pasadena I asked attendees why they’d don warm hats and even ugly sweaters along with shorts and flip-flops.  Some answers were practical–what better way to stock up on holiday stuff than when far fewer people are shopping for it?  Indeed, the crowd at yesterday’s opening session was light; many of the personalties were only showing up on the weekend.  But a few did, including a fone-time friend’s business partner and a personality who has become synoymous with Christmas movies.  She’s beautiful, a child of the 90s, and friendly as heck.  Very much worth what I plunked down for the photo op.   Especially since it might eventually reconnect me with my one-time friend.  Turns out she has a lot in common with that other Certain Person, and I’m eager to find out what other common paths they may have.  And I’d be lying if I said I didn’t miss them both dearly. 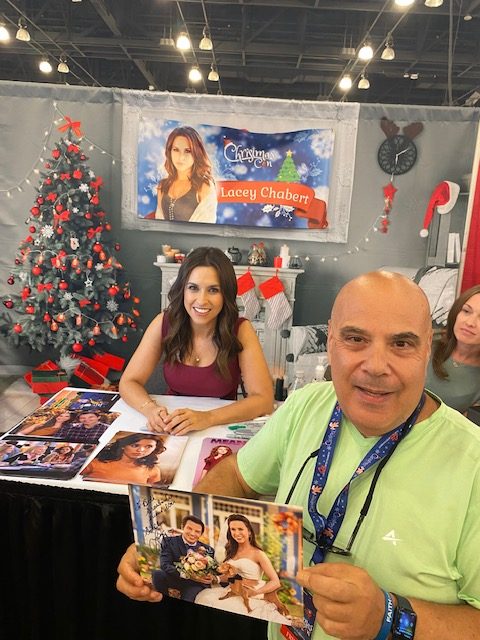 So no, I saw neither old friend, at least on this day.  But I did get a little bit of holiday spirit, connected with people who have healthier passions and avoided any possibility of an emotional scene that might have had repercussions.  I also met a couple of other people who actually knew that Certain Person, and I’d like to believe they came away somewhat positive about me.  That alone was reassuring.  It was a healthy indulgence, and I came away feeling rejunvenated. 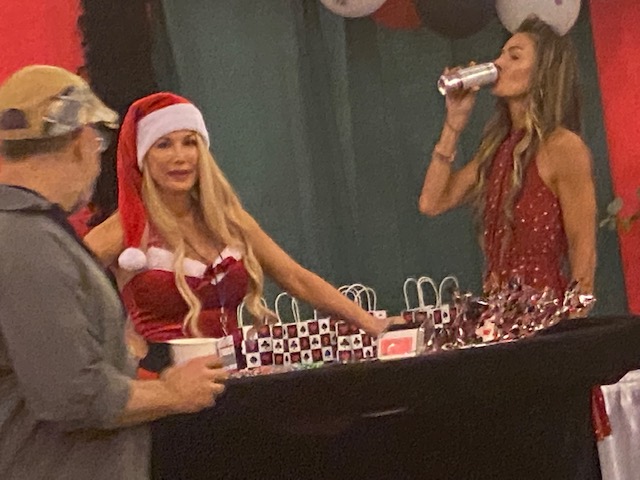 Isn’t that what the spirit of Christmas is all about?