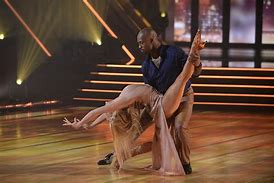 Every now and then a move is made by a major media company than even I can’t find any fault with.   Yesterday’s announcement from the Disney corporate execs that 30-season reality stalwart DANCING WITH THE STARS will move to Disney Plus this fall and will indeed continue beyond that was one of them.

DWTS, as it’s commonly acronymed, has been the very definition of a conundrum for those who think reality programming is a cheap and easy alternative to scripted television.  Originally a breakout on the BBC as an in-house production called STRICTLY COME DANCING, the show found its way in 2005 to the States and ABC, who at the time was looking for a franchise with the tentpoles of immediacy and engagement that FOX was ruling the world with with AMERICAN IDOL–multiple nights, live competition, auspiced and personable judges (ideally one with international cred), and stories of redemption and perseverance.  Since IDOL had already cornered the market with singing and ordinary people seeking to become extraordinary, DWTS chose the inverse of both–dancing and once-extraordinary people who became ordinary and were looking to resurrect their relevance and their legitimacy.

In this case, you could also add exceptionally attractive dance instructors to the mix, many of whom proved to be too tempting for their students to avoid seducing (or the other way around, depending upon which tabloid recount you personally believe).  And as a nice benefit to the older-skewing ABC, dance competitions with a wider array of ages amongst competitors garnered a larger over-50 audience than did IDOL, with initial young adult demos impressive as well.  Think CELEBRITY JEOPARDY! with a soundtrack. 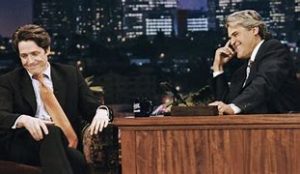 It seemed to be the perfect show for a network looking for a boost to buy reruns of, and Lord knows the Disney sales team tried valiantly to sell the show at the peak of its initial popularity off this track record.  It would certainly have been something that ABC Family should have embraced, or even been strong-armed into taking from their company.  But that didn’t happen.  That should have been a red flag to other network executives, and most were either aware enough or otherwise focused to avoid Disney’s siren song.  You see, reruns of reality competitions don’t rate.  If you know who will win, the interest in the journey is nominal.   But when I joined Game Show Network as their head of acquisitions and scheduling in early 2012, between the time of my first interview with my immediate supervisor and the CEO the press announced that DWTS reruns would be heading to GSN a couple of weeks after I was to join.  The reported price of $30,000 per episode was relatively modest (though the actual price was a notch higher), but for a lower-margin entity like GSN was at that time it was a significant investment.  I had to somehow make it work.

So when I first sat down to meet David Goldhill face-to-face, I felt a tad blind sighted.  Now let me preface:  I really like him a person, a baseball fan and a health care reform advocate.  I also admire his wealth, his taste in life partners and his dedication to his beautiful children.  He struck me as someone who could be and appreciated bluntness and honesty so long as it was private–a perfect receptor for Leblanguage.  So I felt comfortable enough to say in our first meeting:

— “David, remember what Jay Leno asked Hugh Grant when he solicited the hooker in the alley near KTLA?”

— “What the hell were you thinking?”

— “Right.  What the hell were YOU thinking?  “Cuz I think you got hosed worse than Hugh”. 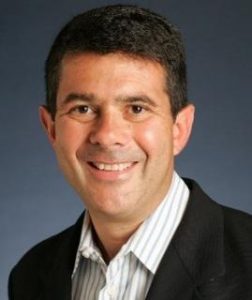 After a couple of awkward breaths David explained “Look, this place is in desperate need for something we can sell to anyone.  No one else approached us, and I wanted to wait until we were at full strength to look for other opportunities.  I don’t care if we make a dime from this show and frankly, the sooner we can find something else worthy or replacing it, original or acquired, the sooner we can get it off our air.  Consider yourself a relief pitcher that we brought in to a game we’re down 4-0 in.  Stop the bleeding, scout the opposing bullpen, and we’ll rally.”

I liked that reasoning.  I was given the blessing to acquire reruns of FAMILY FEUD, our creatives hit it out of the park with THE AMERICAN BIBLE CHALLENGE (a project Goldhill championed tirelessly) and THE CHASE (another successful British series that brought over its European star), and we had reduced DTWS to overnight hours by the time 2012 ended.

Now back to today.  In recent years, DWTS has been on a downward ratings spiral.  It has also endured a controversial move to replace original host Tom Bergeron with Tyra Banks, it frequently cast some even more controversial contestants such as Sean Spicer for early-round eliminations that harken the William Hung cringe-worthy but ratings-rich moves of the early IDOL seasons), was reduced to a once-a-year and mostly one-night show and had the additional albatross of being a live broadcast that needed to have voting accommodations for different time zones.  Additionally, like any live show in the days of social media, the chance of tweets announcing who was eliminated before the show would air on the West Coast were unavoidable and reportedly contributed disproportionately to the losses that age (both of show and viewer) and broadcast TV erosion inflicted on the franchise.

Now add the multi-billion dollar investment that ESPN has made in Monday Night Football, with the option of flexibility to move telecasts to ABC as well as the league having options to “flex” games from the previous day, much as NBC has had with the prime time broadcast window since they acquired it in 2006.  All this, and now Joe Buck and Troy Aikman coming over from FOX’s successful broadcast runs. 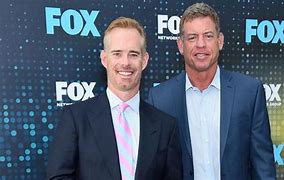 Could DWTS have been moved to spring only?  Sure, but HUT levels are lower, plus IDOL takes up a lot of that real estate.  Could it have been moved to another night?  Would you disrupt another weeknight where entertainment options were working with a show showing such decline?

So look at all the wins from yesterday’s solution:

— Disney Plus gets a live event ahead of Netflix, its chief competitor in the urgency-to-view content war, with a 16-year, 30-season head start on establishing itself.  If it gets new people to subscribe to the platform, or gets existing subscribers to log on more regularly, that’s a huge competitive win.

— The show now can air on the platform without time zone restrictions, thus making the vote fully representative and immediate, and means social media engagement can now be fully complimentary and no longer potentially disruptive.  That’s a big creative win.

— If even a few hundred thousand West Coast viewers watch the show live in the early evening and algorhythmically or electively choose to sample other Disney Plus originals, that’s a huge platform win.

— Reruns of past seasons, assuming the appetite is there for viewers discovering the show, can be easily cross-promoted to and from Hulu, which Disney will soon own completely and continues to have struggles.  That’s a huge synergy win for a corporation that prides itself on it

— Lastly, this now opens up Monday night for ABC to find compliments or reschedule successful prime time components there during the fall to compete with CBS comedies or FOX’s dramas.  That’s a huge network win for one that needs them.

I don’t see a single fly in this particular ointment.

Hulu is exactly where old episodes of DWTS belong–a place they can sit in a vault with no pressure of having to deliver a reportable rating to justify its presence. David Goldhill is now out of entertainment and is now the CEO and co-founder of Sesame, an online marketplace for discounted health service.  He’s arguably where he belongs.

I’ll yet find my niche.  When I see smart decisions reached like this, I retain hope that maybe someone will make one in my direction too.

5 thoughts on “Dancing In The Right Direction”