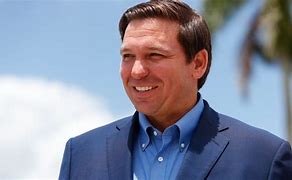 First of all, let me thank you for running the state that provided me with some of the most entertaining moments of the past 12 months, as well as a beautiful living environment for numerous relatives and two of the most attractive and influential female friends I’ve ever had, as effectively as you have.  You also run the state that perhaps the most wonderful person I’ve ever known grew up in.

You and I share an affinity for honesty and we apparently both hate having beautiful smiles and kissable lips covered by pieces of blue cloth that science has now determined are essentially moot points as we battle COVID-19.  If you ever read my past posts, you’ll grasp we have a lot in common on this point.  Honestly, I’m more on your side than most of my fellow Californians are.

So, on a day where Los Angeles County has determined it is finally no longer required but merely strongly recommended that masks be worn by vaccinated people (of which I am one), a verdict even my sweetheart Barbara Ferrer has signed off on, I have to ask you–what the f–k is WRONG WITH YOU?!? 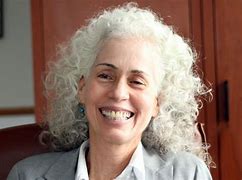 You can’t restrain your vitriol for masks at a press conference involving students from Tampa’s Middleton High School long enough to not lash out at these shocked teens and sneer at them to not be representatives of what you call “COVID theatre”??!?!    You then double down on this viewpoint by amplifying your simplistic rant on Tucker Carlson’s show and attempt to justify this behavior with a rant on how kids were “bullied” into wearing masks that you apparently detest–yet you, leader of the state they live in, then bully THEM into NOT wearing them??!

Had you bothered to listened to the voices of one of those students and his immuno-compromised mother who has the legal right to provide the personal choice guidance you champion when media inevitably made this a cause celebre yesterday, you would have heard very legitimate and specific reasons why this teen and his mom preferred to wear a mask.  And frankly, after hearing these two fine people stand up for their personal choice rights, I certainly would have been understanding enough to at least offer a public apology for acting the way you did.

But no, you’re not enough man enough to do that.  As your potential competitor for the governor’s mansion Nikki Fried tweeted yesterday, the anger I and thousands of others have toward you has nothing to do with masks.  As Fried succinctly said, “it’s about you being an asshole”.

Suffice to say my views on this subject infuriate and frustrate an awful lot of otherwise less tolerant Southern Californians who have effectively sheltered in place for the greater part of the past two years and who actually cross the street when they see me walking near them.  As late as this week, an armed security guard at my local Best Buy approached me sternly when I forgot to don my mask and reminded me that as a business in the city of Los Angeles until the actual revised ordinance took effect today his primary job was to be certain the mandate would be enforced, and if I attempted to disagree, I would forcibly be removed from the store and banned permanently.   Yes, I put my mask on, although I’m now shopping at a different Best Buy going forward.

Many of my beautiful friends outside Los Angeles choose not to have the same protocols and protections that the family of the kid you bullied in Tampa choose.   Their reasons are equally unique and personal.  You claim this results in a “two-tiered society”.  Actually, your insistence that one POV was more justified than the other is creating the tiering you admonish.

Yes, I’ve interacted with my less “careful” friends.  I’ve swabbed my damn nose many times.  I’ll publicly go on record and reinforce I still haven’t tested positive nor infected anyone.  I postponed a trip to see these beautiful friends when my roomie came down with Omicron over the holidays, out of the proverbial “abundance of caution”.  Interestingly, people and press a lot closer to you have speculated that you, like so many others who share your political stand, had indeed contracted the virus at some point.  But yet you never have confirmed or denied it.

And of course, you appointed Jospeh Ladapo, 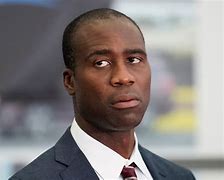 who shares your views on masks and who danced around intense interrogation on his personal experience with vaccines and COVID, as your surgeon general.  His evasive testimony went viral and was frustratingly seen as arrogant and acrimonious.  Of course, he was approved on party lines.  But boy did he piss off the other side.  Again, two tiers, something you profess not to want.

So here’s a suggestion.  How about just offering an olive branch and admitting you were a little testy at the jarring sight of half a face, just like I frequently am?  And maybe, like I remind myself, it would have been more prudent to simply ask was there a preference or a good reason he wanted to be masked?  Lately, when I see a lovely couple and a small child all wearing masks even outdoors, I breathe and remind myself that a child under 5 can’t get vaccinated yet, so it’s simply great parenting that produced the disconcerting sight I saw.

I respect everyone’s right to make their own decisions so long as they a) have a reason and b) respect mine.  I know what my choice will continue to be, pandemic, endemic or academic.  Can you possibly fund it in yourself to try and take my lead?  Make the views of you and your SG a bit more respectable and a bit less tone-deaf?

When I visited your state for the first time in a while last March and I laid on a hammock near the Fort Lauderdale coastline waiting for a rental car, the sight of healthy people nearly as beautiful as my friends smiling and living their lives was the most gratifying sight I had seen in quite a while.  I championed your handling of the situation to anyone who’d listen and defended you staunchly, no matter who you politically choose to emulate (for the record, I don’t like him.). You have the capacity to be a bit better representative for your point of view than you have shown this week.  At least I pray you do.