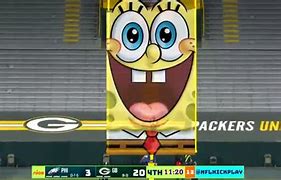 When the viewership figures for this past weekend’s NFL wild card games are released later today you will note all the sizzle points will reference “total audience”. Although each licensee directs viewers to a primary linear network, each of them used additional networks or platforms to augment their total reach.  Some media pundits call this confusing and diffracting.  I call it freedom of choice and necessity, and natural evolution of decades of conditioning that giving people more ways to see something increases the likelihood that they will.

The concept of non-exclusivity isn’t all that new.  As written here last week, I was part of one of the more significant steps in this process when MTM Distribution licensed reruns of AMERICA’S FUNNIEST HOME VIDEOS simultaneously to both a cable network (TBS) and local television stations.  Previously, these rights were typically given in windows of exclusivity, whole or partial, that guaranteed the network that licensed it would be the only place you could see a show when they were paying the most for it.  That’s essentially how movies had been licensed for decades, part of “life cycle” rights that justify the eight and nine-figure expenditures for major theatrical releases. 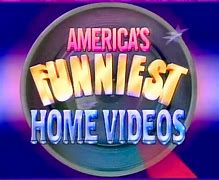 When home video entered the picture, it was possible for people to watch movies and reruns somewhere else, on THEIR timetable.  There was tremendous consternation on the parts of stations and networks when VHS and VCR entered the picture.  But content creators held ground.  The public wanted it.  So the market evolved.  In success, we convinced people that AFHV would work even though it was available on more than one channel.  But we did have to address the paranoia of those wanting some sort of unique offering.  So we kind of invented creative non-exclusivity.

I developed a distribution pattern that assured that at least for the first few months of their respective licensing windows neither TBS nor local stations would be running the same exact episode on the same day.  We coined this “episodic exclusivity”.   You may not be the only place the SHOW could be seen, but you would be the only place a particular EPISODE could be seen.   For our purposes, it worked.

Today, the idea of a particular piece of content being available in only one place is outdated.  Virtually every media outlet makes content available within hours of its premiere somewhere else; in some cases in advance of when it “premieres”.  You can watch THE TONIGHT SHOW several hours earlier on Peacock Plus than you can on NBC.  You can watch a new FX series on Hulu within 24 hours of when it premieres on the linear channel.   Frequently, multi-network conglomerates will premiere major series on many of their sister networks simultaneously.  With live sports, it’s a little different. 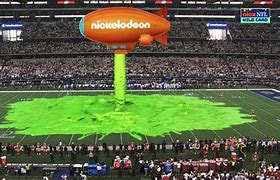 What ESPN and Viacom have done with their NFL content this year has been to multiplex creatively, offering a different viewing experience for the same content using different announcers, graphics and presentations.  ESPN2 ran PEYTON AND ELI as an alternative feed to MONDAY NIGHT FOOTBALL, featuring the Manning brothers and prominent guests effectively doing a watch party while they sat in their man caves and watched the game.  Nickelodeon used SpongeBob Square Pants and colorful graphics to give kids the chance to experience the thrilling 49ers-Cowboys game through their lens. The previous week, ESPN offered simulcast feeds of a coaches’ war room and audio feeds from both Alabama and Georgia’s local radio announcers.

With minimal incremental expense, both outlets have developed ways to aggregate audience without total redundancy, and in fact has increased their total audience at a time when individual networks’ deliveries have decreased.  Neither ESPN2 nor Nickelodeon delivered large audiences, but they delivered more eyeballs to their content than the mother ships could on their own.

As I’m typing this I’m ordering my morning’s Starbucks.  You can customize your coffee in a multitude of ways–I personally like oat or almond milk, no whip, 2/3 decaf, three Splendas, in case you may be inclined to send one to me via UberEats.  I’d like to envision a world down the road where a streamer  has a similar concept for a movie or TV show?  Director’s cut?  Widescreen?  Commentary?  Watch party?  You could order a unique presentation experience that makes the way YOU watch something just for you, while the sale goes to juust the product.  Too expensive, you say?  Maybe a streamer can offer these custom experiences on a PVOD movie?  After all, many theatrical movies now get released simultaneously at home.  Why not give people the chance to drop an additional buck or two to have a customized experience that makes it worth their investment in their minds?

Maybe you don’t get the Rock offering color commentary, or Young Sheldon explaining the offsides rule.  But you do get to have it your way. Hey, that idea goes back even further than episodic exclusivity!