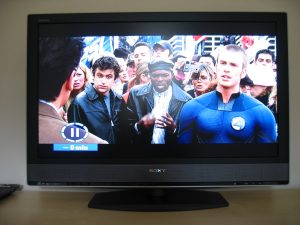 The 2021-22 broadcast network schedule (save for the CW at this writing) is out, and yet again just when we thought there could be a bottoming out of playing it safe we have reached new nadirs of complacency.

For fall 2021 there will be exactly four completely new series on the “Big 4”. that will be launched.  Three of them will be on FOX, which for the record is now the only broadcast network not  corporately affiliated with an integrated scripted production entity. The sole brand new concept to be introduced this fall is called GHOSTS.  Points to anyone who can tell you what that series will be about.  At least the massive promotional effort needed to alert people it is premiering can be focused on that one ambiguously named series.

We will see brand expansions of NCIS, FBI, Law and Order and CSI.  We will see a “reboot” of The Wonder Years, 33 years after the original premiered, with the OG’s child star now its middle-aged co-showrunner.  We will see renewed series that date back 10, 20, in one case more than 50 seasons.

In 2002, fresh off the horror of 9/11, we saw growth in “comfort foot TV”–the video equivalent of mac and cheese, meat loaf and lasagna.  We saw the rebranding and initial success from the Hallmark Channel.  We saw record ratings for nostalgia-themed channels such as TV Land.  Among the broadcast networks, the leading series were largely dominated by procedural dramas and now-classic formula comedies–Friends, Everybody Loves Raymond, the OG CSI, etc.  The Winter Olympics, live to most of the US and based in Salt Lake City, delivered higher primetime ratings than prior years’ tape-delayed programming,

As 2022 approaches we are still just beginning to recover from the horror of COVID.  We are arguably more in need of comfort food TV than ever.  There is something remarkably reassuring that if you look at a programming grid–online, most likely–the fact that you see titles with their origins from decades earlier is a plus. There is less need to promote the latest iteration of a Dick Wolf title to a potential audience struggling to maintain their livelihoods and their sanities.  The explosion we have seen in streaming services has been largely driven by library content.  Incomplete though it may be, available Nielsen streaming viewership data points to library product–Criminal Minds, NCIS, dear G-d even 30-year reruns of Supermarket Sweep–dominating recent pandemic-driven months’ charts for Netflix. 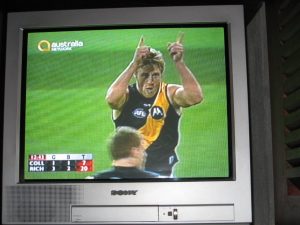 We binged on comfort food and comfort content.  Broadcasters have noticed that.  More ambitious efforts have failed.  Returning to food, hip restaurants and ghost kitchens have come and gone, but the tried-and-true endure.  Sure there are business reasons as well–procedurals sell globally, have proven aftermarket appeal, and as noted NCIS: Hawaii needs little explanation.  The Big Leap?  Might it be a documentary series about Evel Kneivel?  A dark drama about suicides?  An animated comedy about a family of frogs?  (It’s an upcoming FOX drama about a fictional reality dance competition, but by the time you figure that out The Big Leap may indeed have already leapt out of our lives.)

The Big 4 are no longer CBS, NBC, ABC and FOX–they are Paramount Plus, Peacock Premium, Disney Plus and Tubi.  Over at WarnerMedia–er Discovery–HBO Max originals will have second windows on TBS and other networks before new seasons premiere.  SEAL Team will have a four-episode CBS farewell arc before migrating to Paramount Plus.  You can watch The Tonight Show and Late Night six and seven hours earlier than their West Coast airings if you subscribe to Peacock Premium.  Broadcast TV premieres are now a second window akin to theatrical releases.  And we know how outgoing WarnerMedia management thought about theatrical premieres.

So the networks themselves are now comfort food.  You want nouvelle gourmet–pay through the nose, patrionize, Instragram the hell out of it and hope they survive.  Be prepared to do it all again–even in success, a new hit for a streaming service is pre-ordained to 40 episodes or less.  We used to call 40-episode, critically acclaimed series “lost gems”.  In today’s world they are the entire diamond mine.

Comfort food platforms have replace comfort food programs.   That’s one more example of how to be more fluent in Leblanguage.  Until next time…