I debated about this entry on my flights home yesterday (yes, ye who troll, I committed the cardinal sin of traveling on planes during a pandemic yet again; would you like a full report?).  The person I will call out here tacitly reminded me that to do so might be seen as disparaging many people I highly respect and have at various times considered friends.  Duly noted.  Let me then preface that this expression of Leblangauge has absolutely nothing to do with them.    This is about the person who had politely asked me not to say anything.  Thanks in part to those trolls, let’s just say that request was poorly timed.  But I will keep that person’s name out of this.

Recently, a podcast profiling the lives and careers of pioneers in my field debuted; naturally, I subscribed.  The first several honorees were indeed “legends” as described.  I enjoyed hearing in their own words their recounting of war stories, personal triumphs and how they contributed to the growth of their respective employers.  We had much in common.  Call me an egotist, but I somehow piously believed perhaps my story was worthy of consideration as well.  Frankly, I need the pub and I would match my credentials with many of theirs.  Indeed, at the time I believed if you asked the honorees many who knew me would have agreed with me if they had been asked.

I reached out to the podcast creator, who I admittedly have never met, and made my suggestion. Creator replied that the series was going on a brief hiatus, the series would resume, and I would be in the consideration set.  That’s fine.  Holiday, lockdown, etc.  I get it.

Recently the series resumed, and the first two honorees were active leaders of major companies, legends to be sure, but nowhere near past their respective expiration dates.  When the most recent episode was dropped, it dawned on me that the honoree had worked for a number of high-profile companies in their past, many of which had connections to companies that the honorer had noted had been business clients.  So I politely asked if there may have been a connection between those chosen to be honored and their past association with the creator’s business.

The creator replied that they were indeed chosen because of those prior business associations.  I was also politely asked never to contact them directly again.

I shouldn’t have been surprised.  After all, we live in a world where credibility can and often is bought.   Influencers can purchase search engine optimization to show up higher in Google searches.  They can artificially increase subscriber count to qualify for scale to be considered by companies for swag and participation in their brands.  College degrees have been bought. 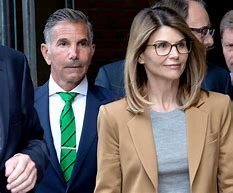 Heck, entire elections can be bought.

In media, we label these enterprises appropriately as “paid programming” or “advertorial” content.  There are disclaimers that identify these works accordingly, usually on a freeze frame at the beginning or end of a program or at the bottom of a page in a magazine insert.   Sometimes the disclaimers are harder to find, though they legally are present. It’s generally accepted that a great deal of content falls into that realm.  The more seamless an ad can be, the more likely it is to be seen.    Labeling content accordingly also negates any need for actual reporting or objectivity.   When content isn’t appropriately labeled, it does create an expectation that more objective work could and should have been done.

This particular podcast deals with research.   When one conducts research, we often have to encounter facts and personalities we may not have prior experience with.  That exercise was apparently not in the playbook for this particular podcast.  While it would be disingenuous to draw a direct correlation between the honorees and their business connection with the podcaster, in the style of America’s most popular TV personality, it’s possible that could be true.

It’s no different in the case of my troller.  This person–who bears an uncanny resemblance to Nancy Pelosi–is honored by their peers in their field, a fact that is proclaimed loudly on their website.  Initially, I erroneously believed this person bought their accolade.  After I researched, I learned that while the title bestowed upon them comes from their peers and credentials, how high one ranks on this list can and often is for sale to the highest bidder. The company that provides the honor is “for profit”, and they apparently won’t refuse if it is offered. 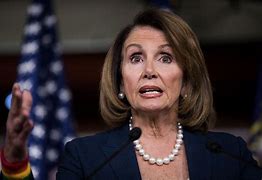 So, YET AGAIN, I’ll reinforce that I have nothing but praise for those honored by the podcaster.  I’m more than a bit envious you have worked for companies that believed in budgeting important business priorities and empowered you to conduct them.  Mine were generally rejectors of such practice; merely getting enough money to get basic information was often an internal sales job of the first order.  Some harsher critics have suggested that failing was on me; that I should have been more capable of convincing my employers to open up their wallets accordingly.  Anyone who does indeed know who I answered into should not doubt my contention.

And as for the podcast creator–just come clean.  These are legends of YOUR world, not necessarily the industry as a whole.  One day, there may yet be an opportunity to consider your company for a future project I may yet be associated with.  You may be surprised what my decision will be then,