Sometimes the silliest questions provoke the most profound revelations, at least in my case.  Someone asked about some obscure daytime TV scheduling moves from decades ago, and as I typed out my response (without looking it up, of course) I realized that the network made three different programming moves in one half-hour time period in a six-month span.  In the process, two shows that premiered the same day both were cancelled having each produced fewer than 100 episodes.  Two staffs from smaller production companies were out of work.  Neither company would sell another show to a broadcast network ever again. 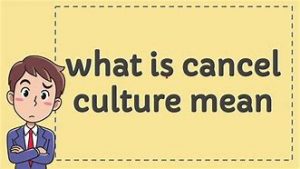 And then it hit me–was this the forebearer of cancel culture?  Or, at least, an eerily similar process of emotional, knee-jerk reactions that to many, including myself, ultimately seem unjustified?

Now I’m not about to equate the whims of a long-gone network programmer with a movement that is accurately defined as “a social environment in which publicly boycotting or withdrawing support for people, organizations, etc. regarded as promoting socially unacceptable beliefs is widespread practice”.  Plenty of shows get cancelled, even today, for legitimate business reasons.  And plenty of calls for the ouster of people who have actually committed crimes against other humans or societies are indeed justified, assuming the due process afforded those people by law has indeed happened (that, of course, is a debate unto itself).

But when a culture starts to turn to rewriting history and ousting the memories of people and institutions long gone, well, then, that’s a bit more of a grey area IMHO.

When I read this weekend that global institutions have been looking to remove the music of Tchaikovsky from their catalogues in protest of the actions of the current Russian leader, my first thought was–what the hell did Petr ever do to YOU?   This seemed almost as silly as other recent movements to ban the sale of vodkas with Russian names that are distilled in the United States.  How does taking away jobs from AMERICANS not play exactly into the personal wishes of Vladimir Putin?

A beautiful friend of mine with a personal connection to Ukrainian citizens and a flair for fashion recently discovered a cause called #redlipsukraine.  She now regularly posts pictures of herself and other women (and occasionally men) wearing lipstick supporting her protesting of the WAR in Ukraine.  Nothing against the citizens of the country doing the attacking that may or may not support it, let alone even knows it is going on.

I do endorse supporting this cause, not just because she’s behind it, but because it is a silent, inconsequential protest against an entity. I’m personally adding as my show of support the original cover of the 1978 Rolling Stones LP cover of SOME GIRLS, which featured Lucille Ball with red lip overlay joining images of the band members, among others. 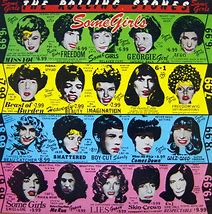 I once had this album cover, one that became even more valuable when Ball filed a lawsuit claiming she never gave permission for that likeness to be commercially distributed (And who knows if Jagger may have been inappropriate with her on a Bob Hope special or not?)  In any case, she had a right to defend HER honor.  She didn’t look to eradicate history.

How is the desire to remove a statue of Christopher Columbus from Columbus Circle, or the removal of Abraham Lincoln’s name from a San Francisco high school, both based upon ALLEGED historical incidents, any less one-sided or incendiary than those who are looking to ban books that feature characters with same-sex relationships?  Were YOU there?  Do YOU know the FACTS?

Again, this by no means says Floridians and Texans who do believe in such revisionist history are any more justified themselves.  I am NOT taking any side.  But what tangible benefit is there to YOUR life by being focused on cancellations?

Look, I’ve been guilty of this myself.  I grew up in a Jewish home that was adamant we should never, ever, EVER consider driving a German car, for the obvious overriding reason.  Nazis didn’t kill any of my ancestors, though, and even if you applied the contention that Nazis may have manufactured Mercedes and Porsche autos during WW II both they and the majority of their outputs are now gone.  These days, there’s probably a better chance that a Ford is being manufactured by a Nasi.

So I avoided some really sweet rides, even renting them, for decades.  As I go deeper into this period of self-reflection and the purging of blockages opportunities occasionally arise that give me a chance to take a microaction toward recovery.  During my most recent visit to the beautiful friend my car reservation was lost and I was given the option of a Porsche SUV at a nominal incremental cost to the Ford F-150 option at my base price.  I really don’t drive big trucks well; I am OK with SUVs.  So I chose the Porsche.  Whatever reservations I had, I put them to the side. 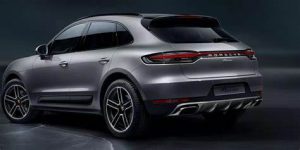 It rode really comfortably.  It steered the winding mountain roads effortlessly even in rain.  And boy were her folks impressed.

I don’t feel a particular urge to cancel German history.  I honestly don’t know why people have so little else to worry about than cancelling others with the same haphazard and inconsistent logic that were employed by TV executives flailing for a performance bonus.  Make your own choices.  Just don’t believe you have the right to make mine for me.

2 thoughts on “Cancel Just My Reservations”