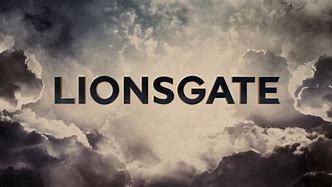 Leave it to the brilliant Nellie Andreeva, now of DEADLINE, to unlock the real winner of this year’s upfront cycle.  While it’s true that the overwhelming majority of series come from vertically integrated production partners, three sitcoms that did get ordered are in partnership with Lionsgate Television, that little independent studio with roots in Canada.  That’s three times as many as they’ve ever produced, all renewals of freshmen or sophomore shows, and infinitely more than they had on the air on broadcast television in the decade prior.

Andreeva ticked off the myriad of business reasons why these orders occurred in an article that is appropriately headlining Deadline’s front page this morning.  The link is below, of course.  She does a far better job of articulating them than I could.  In a nutshell, Lionsgate is willing to help networks shoulder financial risk, offers a lower episodic cost than many other outside suppliers (and even some inside ones) could or would, and is equally willing to cede some rights in exchange for others.  And, frankly, their executives worked harder at it. 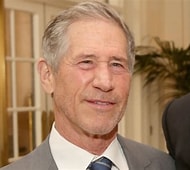 I’d like to add a few more observations.  Their top executive, Jon Feltheimer, is, like me, an alumnus of Sony.  All “Felt” did was create the prestige banner Tri-Star Television, headed up the Columbia TriStar TV Group and steered the company smoothly through its transition into becoming Sony Pictures Television.  He oversaw franchises like MAD ABOUT YOU, WALKER, TEXAS RANGER and THE NANNY, among others.  I dare say he did more for that place than I. 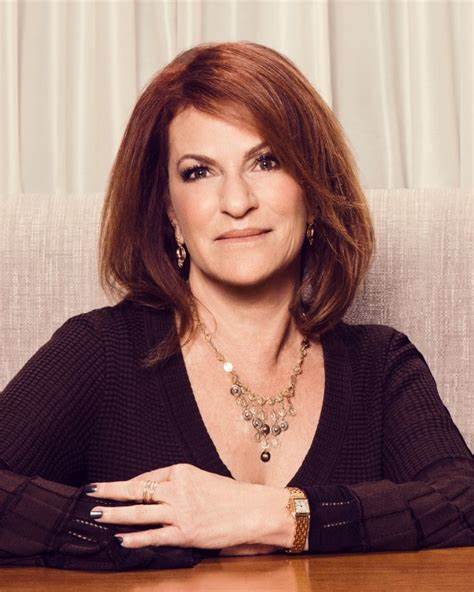 His right hand, Sandra Stern, began her career at Columbia as well, then went into the private sector as a lawyer, starting a television department for the firm that is now the prestigious Bloom Hergott et al, and was already building Lionsgate’s TV department when Felt joined.  Between the two of them, they are as passionate, intelligent and savvy as any executives I’ve even dealt with, and these three renewals a tribute to their tenacity. 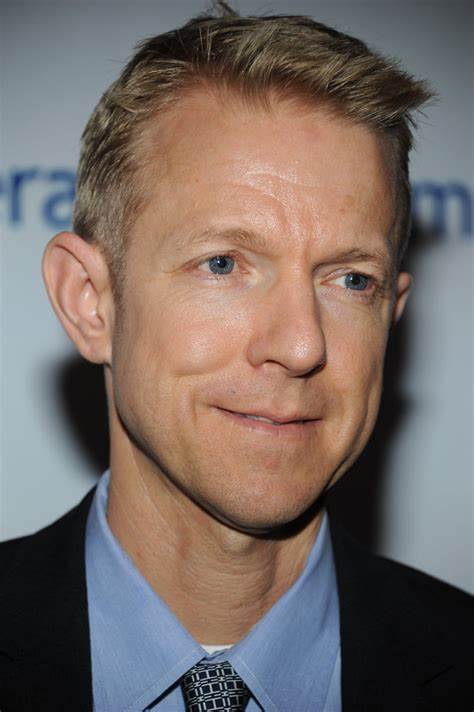 They also have a pretty darn good person identifying and making these shows.  Kevin Beggs has run the studio for almost 25 years and has produced a litany of critically acclaimed hits in the pay and steaming sector, including WEEDS, MAD MEN and ORANGE IS THE NEW BLACK, among others.  They continue to supply a host of series for their current in-house pay TV partner STARZ, including four books of POWER, and also renewed two series at Apple TV+, which considering it’s the current home of both the Best Picture Oscar and Best Comedy Series isn’t a bad place to expand your footprint into these days. 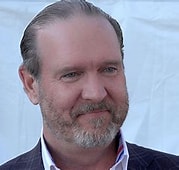 And, finally, their sales team, run by Jim Packer, punches above its weight with its global sales efforts and the creative deals they make for the properties they control.  Two of their comedies, GHOSTS 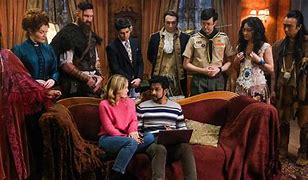 and WELCOME TO FLATCH, 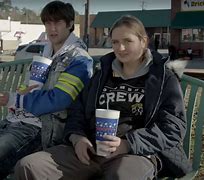 are both based on British series, which helps their viability in the limited international market for domestic comedies.  That’s a playbook that worked fairly well for a little show called THE OFFICE.  And HOME ECONOMICS, while performing almost exclusively as a “:30” show for ABC, lobbied intensely with a good old fashioned presentation deck that impressed Disney and ABC executives enough for it to draw one of its few renewal cards. 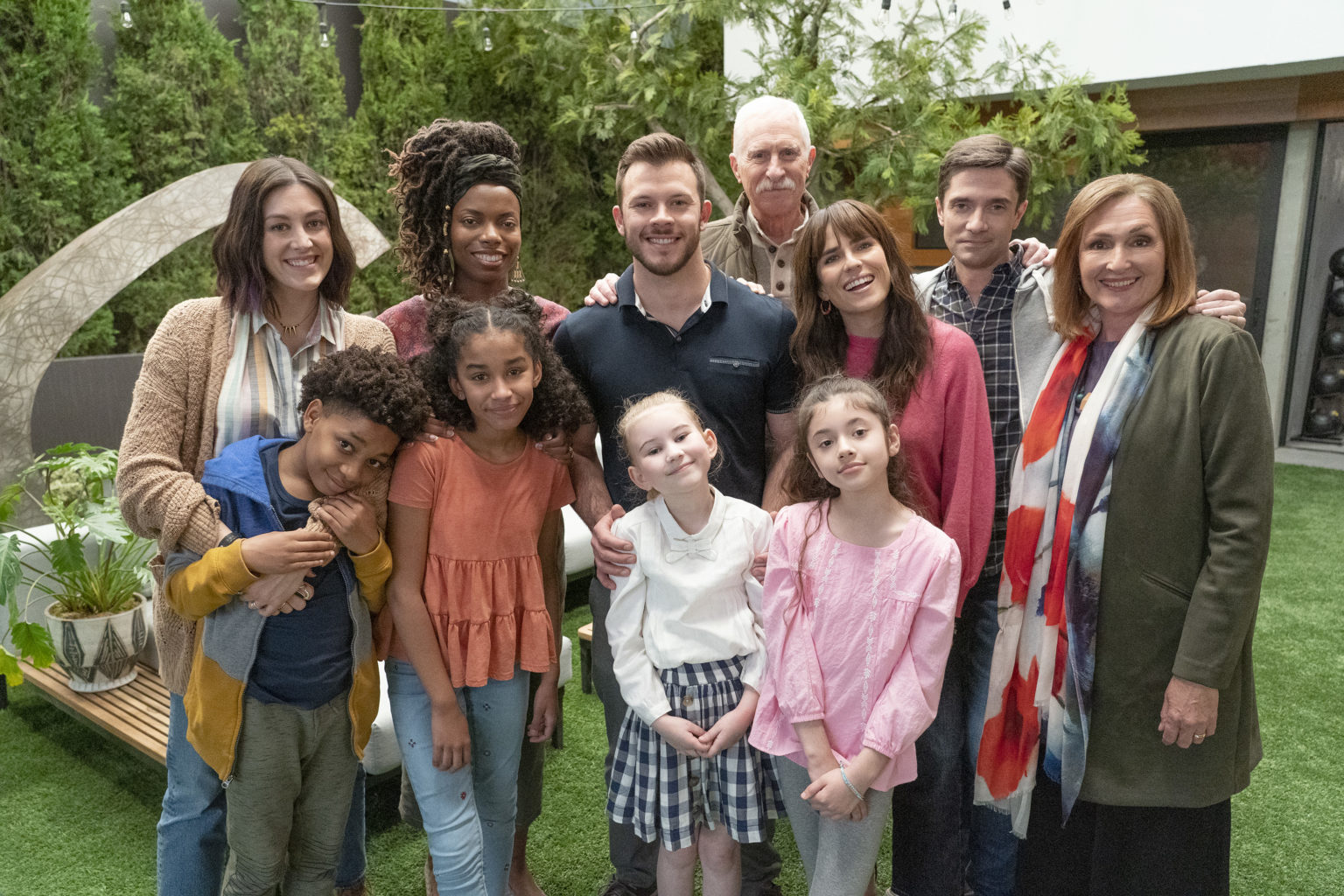 There’s two seasons now streaming on Hulu, and with a third guaranteed Packer now has enough bulk to seek similar deals both with international SVODs and Disney has a potential companion piece for ABBOTT ELEMENTARY when they decide to sell their downstream rights.

In other words, really good people doing really smart things.  It all sounds too good to last.  And, given the tea leaves, it probably won’t last much longer.

“Felt” is past his 70th birthday, and his contract expires next year.  Sandra’s age is unknown (and we won’t pry), but she’s been around professionally since 1982, so you do the math.  And in recent earnings calls, they announced their intention to spin off Starz at some point this summer.  Arguably more of a factor both domestically and internationally than, say, Showtime, with deals secured for Lionsgate’s theatrical franchise tentpoles TWILIGHT and THE HUNGER GAMES, including the newer installments now in production, Starz is an especially attractive service for the likes of Roku, which could use a name brand to roll into their offerings.   Once Starz is gone, Lionsgate itself becomes a very attractive target with the IP they own.  With so many SVOD and AVODs seeking content, including Prime Video which is still in the throes of acquiring MGM and won’t have access to some of its more impactful franchises for several years, they are certainly a number of viable, financially lucrative possibilities out there.

I’d truly love to be a part of it myself.  I like being part of really great teams with really good people making really great shows.  It might just be a little too late to hop on.  Maybe not??