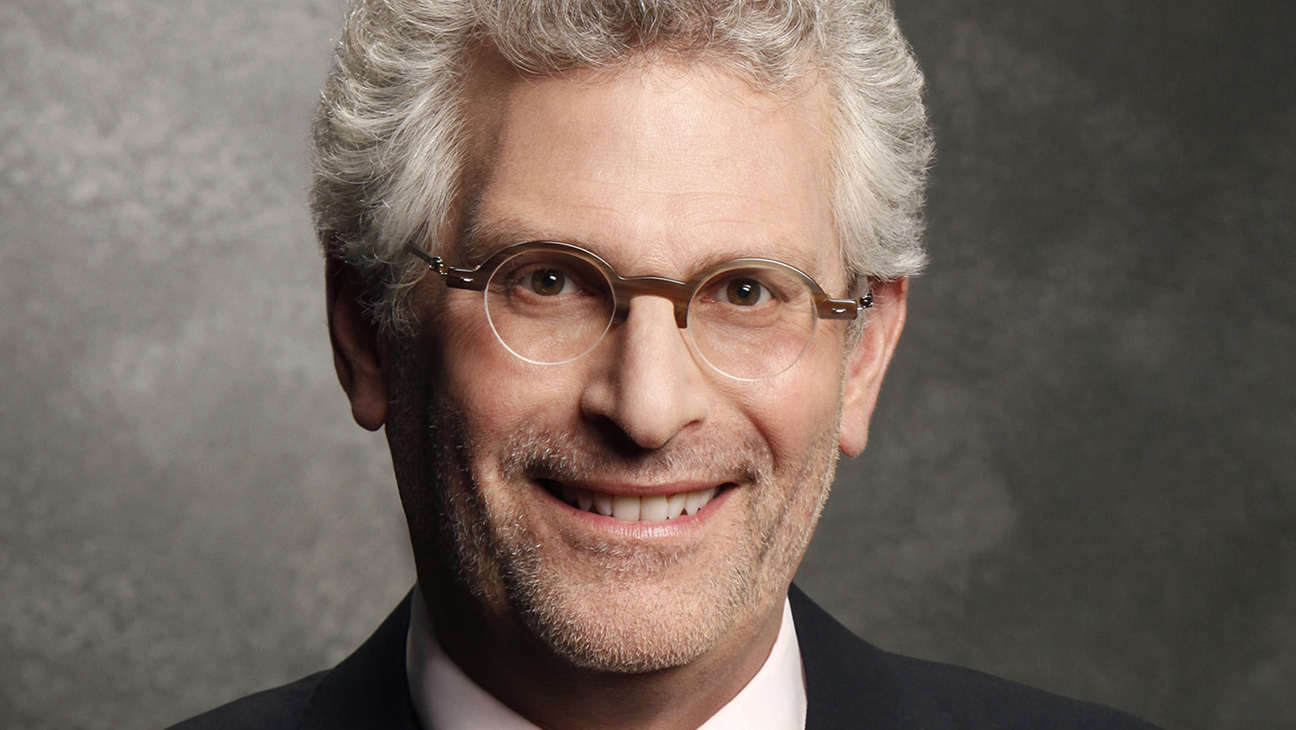 The news that reverberated through Hollywood earlier this week that the longest-tenured head of a broadcast network, the CW’s Mark Pedowitz, was leaving his post on the very day that Nexstar took over 75% control of it was hardly unexpected.  Pedowitz had announced his intention to leave soon after the network’s muted upfront presentation, where it ordered far fewer shows than it had in recent years and bid farewell to many veteran series that came to their ends in the past few months.

But the reaction to this news was filled with both reverence for Pedowitz’ tenure, as well as concerns from the more prominent creators who supplied the CW with content that with Pedowitz gone, the network was charting a direction that would not only dry up some of their selling options, but may indeed erase his legacy.

The thing is, Pedowitz wasn’t an executive with a strong creative background.  He was a top business affairs executive at ABC Studios when he was named to the top post at the CW in 2011.  At ABCS, he championed such transformational–and profitable–shows such as DESPERATE HOUSEWIVES, LOST and GREY’S ANATOMY, and brought both high ratings and critical acclaim to a network that had made a series of missteps prior to that with an overreliance on WHO WANTS TO BE A MILLIONAIRE and mediocre sitcoms that never took off.  The CW was in a similar state of stagnation when he came aboard, overly reliant on female-skewing dramas and reality series such as the original GOSSIP GIRL and AMERICA’S NEXT TOP MODEL, the survivors from the shotgun wedding between the failed WB and UPN networks that created the clumsily-named CW five years before.

But Pedowitz, who had the resources of no less than Shonda Rhimes at ABC, and was a smart enough exec to recognize  great creativetalent even if he himself wasn’t quite as skilled in that sector, found a new ally, and an advocate, in Greg Berlanti. who became the most prolific single supplier of content to a network in history thanks to the confidence of Pedowitz and, ultimately, the support of its viewers.   And as the Hollywood Reporter reminded, both parties emerged as winners:

The arrival of DC Comics dramas broadened out the network that had skewed heavily female. With DC came a larger slate of programming as Pedowitz slowly but surely expanded The CW’s schedule to seven nights a week with the addition of Sunday programming in 2018 and, in 2021, Saturday originals.

During Pedowitz’s first season at the helm of The CW, he oversaw a slate of 11 scripted originals. In the decade that followed, that number grew to a high of 19 in 2021 as the executive had become best known for renewing his entire slate of scripted originals and allowing long-running series to sign off with celebrated farewell seasons, while also allowing younger shows time to find an audience.

“There wasn’t a plot point in a season about a tertiary character he couldn’t tell you about. He understood the shows from a creative standpoint; he considered himself an audience of the network first and would approach things in that way,” Berlanti told THR. “You combine that with his business acumen and when everyone was canceling originals, Mark understood the connectivity and power of the brand and how he had to take a different path. You couldn’t expect things to be an overnight sensation. Riverdale and All American would have been canceled after their first year on another network. He brought over Black Lightning from Fox and Supergirl after it didn’t work on CBS. These are shows and pilots and series he kept alive.” So now the task of running the network falls to another executive with a business background, Dennis Miller.  No, not the Saturday Night Live and HBO comedian with the long hair and the snark, but someone with a  more controlled coif and a resume that includes past stints at TNT and Lionsgate, and stints in investment banking before that.  Most recently, he served as chairman of reality-centric production company Industrial Media and was a member of Nexstar’s board 0f directors, a position he will resign as he takes on this new role.

And while lip service is being paid to the likes of Berlanti, and indeed some new orders and renewals of the types of higher-priced dramas were given for this season, there’s widespread speculation that Nexstar will ultimately chart a course where such shows are simply no longer feasible.   As THR reported, Berlanti, while hopeful, is nonetheless worried.

“No one has reached out,” Berlanti told THR late Sunday. “I hope they take some real lessons from the kind of network head Mark was: somebody who supported and believed in his storytellers and gave them backing and support that’s so rare. The network flourished because of that.”

Let me try and inject some reality (pun intended) into this hand-wringing:

Nexstar owns traditional broadcast affiliates in dozens of markets that target a much broader adult demo than the CW has.  The board’s mandate is to make it profitable within three years.  Miller was part of that board.  They have vowed to be more affiliate-centered.  Their affiliates make their money on local newscasts, and having shows that appeal to those kinds of viewers as lead-ins is the best possible way to make good on that vow.  Spending several million dollars an episode on shows that ultimately became prominent because of exposure on streaming services is simply not a recipe to do that.

So, Greg, deal with it.  You’re likely gonna need to sell more of your shows elsewhere going forward.

That said, it doesn’t have to be what some pundits fear and what recent CW summer schedules have looked like–a mash-up of unscripted shows and internationally-funded lower-quality dramas where the CW is a client and not directly involved in the creative process,  Those shows have delivered some of the lowest live-plus-same day audiences in history, on occasion 18-49 ratings have fallen below minimal reporting standards.  Total viewership below many cable networks that reach far fewer homes than the CW does.

At a certain point, even the best business model can fall short of projections when audiences are that low.  And a steady diet of drek isn’t going to help change that.

I’ve met Miller on a few occasions, and I can assure you he’s anything but dumb.  And I believe that it’s possible for intelligently written concepts and undiscovered talent to supply a variety of genres and shows that can appeal to the wider demo swath Nexstar is seeking.  I believe Miller should  spend some times at some film festivals as I have recently.   Particularly short-form festivals, where the seeds of potential series are sown by hungry talent looking for their next step and big break.  The risk-reward ratio is lower, and the variety can give you plenty of at bats, which is all the more necessary in a world as fragmented as the one today’s CW finds itself in.

Here’s one idea free of charge, Dennis:  The earliest days of television, when budgets were even more of a concern than they are today, championed such anthology series as PLAYHOUSE 90 and THE CHRYSLER THEATRE.  Many shows grew out of those showcases.   Such films can be made quite inexpensively.  Why not consider an on-air laboratory to flesh this potential out? 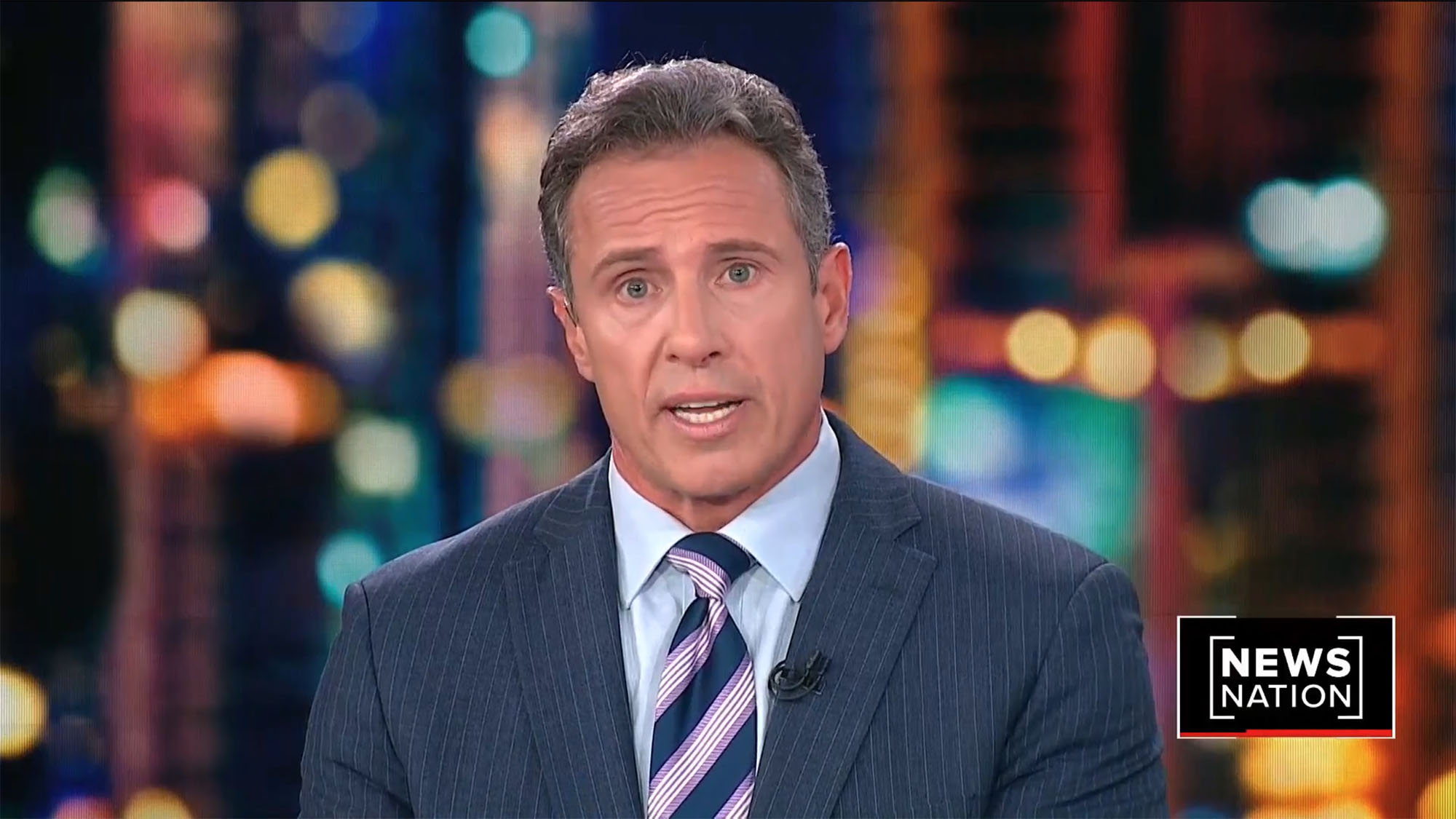 And I think if Miller borrows a page or two from Pedowitz’ playbook and learns how to be as discerning and insightful about what makes a good script as Pedowitz did, he may find there’s a few more ways to meet his owners’ objectives than what they did at WGN America, where they eventually overhauled a network attempting to be the next FX with a poorly received news and information format that this week turned to Chris Cuomo to infuse a ray of hope into it.  That formula has produced roughly a tenth of the audience of even the WGNA model that embraced the internationally-driven business model that the CW deployed.  NewsNation is an unmitigated disaster, and I’m not sure any Cuomo–including the resurrection of Mario–could save it.

Indeed, as Nielsen reported, Monday’s much-publicized debut of CUOMO drew just 147,000 viewers total, and only 8,000 in the adults 25-54 demographic that news networks sell against.  Nexstar has individual stations in their arsenal that outdeliver that.

So I’m willing to be open-minded about Miller’s chances to make something out of the CW, even if many others believe he’s simply minding the store before it’s imploded.  Maybe I’m being overly optimistic.  Perhaps that’s as a result that I’m writing this in the middle of a Yom Kippur fast that has me a bit more delirious than usual.

But I do know there are more and better ways to achieve business goals in this case than Nexstar has demonstrated with WGNA.  That challenge is on Miller’s shoulders.  And yes, if given the chance, I’d be honored to help.