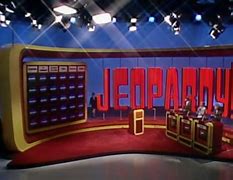 After a week where like it or not we’ve now become more invested in the mental health of Will Smith, the honor of Jada Pinkett Smith and the safety of Chris Rock than anyone in their actual personal spaces and security protocols have been, I needed a night of pure escape.  So I caught up with two of my current guilty pleasure passion binges, WINNING TIME and SECRETS OF PLAYBOY, and found my way to You Tube to see a 58-year-old black-and-white episode of television never before seen in public.

The first-ever episode of JEOPARDY! has finally found its way to You Tube via Sony.  No, not the one hosted by Alex Trebek which sold the current version to local stations that was produced in 1984. No, not the earlier version of that episode which Trebek hosted on a set that looked like a spaceship a year earlier.  No, the REAL first-ever playing of a game show whose actual roots go back 20 years earlier than most current fans realize.A show that premiered 58 years ago yesterday in late morning on most of your NBC stations.  The real beginning of JEOPARDY! 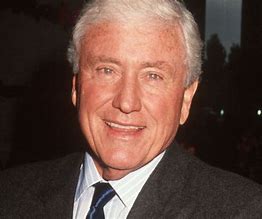 The original JEOPARDY! was hosted by a veteran character actor named Art Fleming, who had been a familiar face on cereal commercials and Western reruns when he was cast by creator and executive producer Merv Griffin to host his first game show.  As urban legend retells it, the genesis for the idea came out of the frustration from the fallout of the quiz show scandals of the late ’50s, where it was revealed that contestants had been given answers to questions in advance, effectively scripting the show’s outcome.  Quiz shows which had dominated broadcast network primetime in the 1950s were quickly cancelled, careers were aborted and the desire for these shows were scaled down to lower-stakes panel shows and daytime filler aimed primarily at housewives.  Griffin, a successful emcee of one of those lighter formats, PLAY YOUR HUNCH, had begun his producing career in 1963 with a simple word game that was, by definition, not capable of being “rigged”.  He felt frustrated by the reluctance to consider more challenging question and answe formats.  His wife Julann flippantly suggested “Why not just GIVE them the answers?”

Merv was inspired and allegedly asked his wife to expound.  She supposedly said “Suppose the answer was 9-W”.  The question could be “Wolfgang, do you spell your first name with a “V”?”  .  He attempted to fill a game board with such puns and originally pitched it to NBC as WHAT’S THE QUESTION?   Early run-throughs convinced him that making the material more straight-forward could make it easier to write and thus produce on a daily basis, which is where the market demand was.  NBC executives thought the material was more accessible, but were lukewarm on the original scoring system.  One executive suggested “the show needs more jeopardy”.  Merv then added the overlay of assigning dollar values to each “answer”, with incorrect “questions” resulting in the value being deducted from a player’s score.  As such, it was possible for contestants to have scores in the “minus” column.  Only players with scores having a plus sign in front of them were eligible to placed into “Final Jeopardy”, where they could secretly risk any or all of their winnings on their ability to question the day’s 61st possible answer.

So last night the current regime, headed up by Michael Davies, 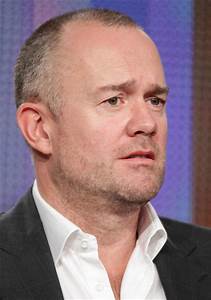 finally showed the complete first pilot of what had evolved into JEOPARDY!  The production values were ancient, a large matrix of cardboard squares with printed clues hidden being a shabby curtain.  More simplistically worded answers with ambiguous questions where contestants hadn’t quite mastered the now-mandatory wording “who is” or “what is”, despite Fleming’s gentle reminder that “your responses must be formatted in the form of a question”.  More observant eyes like mine noticed that the more pleasant ring-in bell was initially a harsher tone, the buzzer indicating time was up in the search for a correct question sounded like an elevator chime, and the font for the player’s scores a narrower, harder to read version of the one eventually used on air.  And much like the current version, Final Jeopardy! stumped all of the players.  With the category “FICTION”, the Final Jeopardy answer was: “HE PROWLED THROUGH THE TRANSYLVANIA NIGHT”.  Stunningly, none of the players were able to come up with the correct question, some iteration of “Who Was Dracula?”.

Despite violating the cardinal rule of any pilot–end on a high note!!–the format was strong enough to sell and indeed did premiere on NBC on the morning of 3/30/64.  And Davies turned it into a celebration, creatively called JEOPAR-DAY!.  In addition to unveiling the NBC pilot, he invited fans to take the qualifying online test, offering the incentive of a $5.80 donation to Stand Up to Cancer, a charity enthusiastically supported by Trebek during his lifetime, for the first 10,000 taken.  As of this writing, the pilot has roughly 15,000 views, meaning they are well on pace to donate $58,000 to SUTC.

I’m adding my donation regardless, and so should you.  And, unquestionably, JEOPAR-DAY! should be an annual event.   While there may only be one surviving pilot, there’s plenty more seldom or never-seen footage that can be selectively released, or even re-enactments of surviving shows’ materials that can be played by current contestants on a virtual version of the original set.  There will always be demand for aspiring players to try and qualify for the show and, sadly, there will certainly be a need for donations for cancer victims.

It’s heartwarming to see a new generation of producers and talent embrace the complete legacy and history of the franchise, one that candidly had been largely ignored during the outpouring of support and eventual grief as Trebek soldiered through his health challenges that eventually took his life late in 2020.  For older fans, Art Fleming

was as synonymous with the show as was Trebek, and hosted more than 2700 episodes himself before Trebek began his 36-year run.  While few episodes of his versions survive, save for a handful from an earlier short-lived 1978 revival that featured a more bloated version of Fleming that inexplicably eliminated Final JEOPARDY! in lieu of a poorly designed big money end game, it’s high time he was remembered and acknowledged as the O.G. M.C.  Unlike O.G. announcer Don Pardo, who went on to a slightly more famous second act after the NBC version went off the air, Fleming’s post-JEOPARDY! career was more modest, eventually winding up on local radio in St. Louis before he passed away in April of 1995.

Nice job, Michael.  Or, as Art himself would have said, “Well DONE!!!”