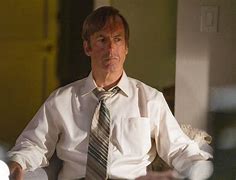 With every passing Monday night this summer, an era of quality television for basic cable may be winding down for good with a victory lap that continues to improve with each new episode.  The final six episodes of BETTER CALL SAUL are being unveiled in the good old fashioned way of one episode a week in a 10-ish PM ET time slot, with the series building to a crescendo with surprising plot twists, soulful performances and a reminder that, once upon a time, it was possible for upstarts to break through clutter with something groundbreaking and honest.

The BREAKING BAD universe was destined for FX.  The first round of scripts was under strong consideration in late 2007; at the time it was all but a given that a character as lovingly flawed as was Walter White was kindred spirit to Vic Mackey, Tommy Gavin and Christian Troy.  I had the privelage of being part of a select group of executives who sat in on the bible pitch from Vince Gilligan, and I was both enthralled and appalled as he laid out his vision.  Were it not for a rare exhibition of paranoia from Rupert Murdoch, who feared his pursuit of THE WALL STREET JOURNAL would face opposition from Washington were he to greenlight a series that glorifies a deranged high school professor who becomes a meth dealer, AMC would likely have never gotten the opportunity to even bid, let alone land the show  But such was the case, and it became the heir apparent to MAD MEN’s beachhead instead. (Incidentally, SONS OF ANARCHY emerged from the same batch of scripts, so FX didn’t exactly miss out completely). 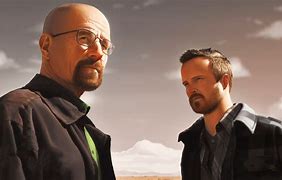 Ironically, it was streaming television, specifically Netflix, that helped move BREAKING BAD from merely a relative cult favorite to a mainstream hit.  The precient team at Sony took the opportunity to sell older episodes of BB to Ted Sarandos et al, allowing for a 24/7 opportunity for Johnny-come-latelys to get on the bandwagon.  Linear ratings for BB’s final seasons were significantly higher than the earlier ones were, opening ip[ the opportunity for a spinoff.  The bar set by Walter White and BB was creatively high, but Gilligan and co-creator Peter Gould saw gold in Bob Odenkirk’s sleazy attorney Saul Goodman.  An alternate universe and prequel was born, and in 2015 BETTER CALL SAUL continued the story, and AMC’s ability to compete for acclaim as well as ratings.

With the possible exception of FRASIER, no spin-off in TV history has ever been as well-crafted, well-executed and creatively conceived as has been SAUL.  Jimmy McGill is a worthy, and arguably even more delicious, lead character than was Walter White; like Bryan Cranston, Odenkirk has a strong comedy backhround and remarkable dramatic depth.  This year, Rhee Seehorn, as McGill’s paramour and partner in legal chicanery Kim Wexler, has proven to be his equal.  Scenes from last night’s pivotal episode between the two of them were as well-acted and emotional as anything seen on any screen in years.  Both are nominated for Emmys, deservedly so, and I’m certainly pulling for them both. 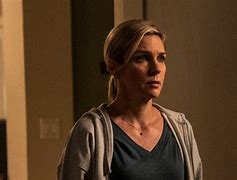 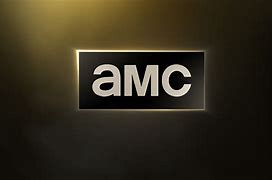 It’s no surprise that the current head of AMC, Dan McDermott, is hoping for yet another series from the BB-Verse to succeed SAUL in the manner than SAUL continued the BB world so successfully.  With a new head of Sony entering the equation, this presents an intriguing opportunity for Katherine Pope to make her mark.  Do you take the safe route and give AMC first dibs at universe expansion?  Do you, perhaps, give Netflix the chance, as her predecesors did, with the one-off EL CAMINO movie that explored the world of Aaron Paul’s Pinkman character?  Or, maybe, this might be an opportunity to establish a new beachhead, perhaps with a Netflix competitor, perhaps with the struggling AMC+ streaming array, or maybe an entirely new limited-inventory (think Apple TV+) Sony-themed entity–one perhaps in partnership with Apple or Prime Video, to name just two?

Later today Netflix will announce some discouraging news about subscriber losses that will likely cast a pall around streaming in general.  They, like the industry, are at a crossroads.  Virtually every platform is in need of something as well-crafted and well-received as the next entry in the BB-verse, assuming there is indeed something worthy of that.  I suspect there is, and I’d be willing to bet my last dime (not that far away, sadly) that its announcement isn’t far off, either.  Three more episodes of this series remain to be seen; one might mark their calendars for something to emerge from the rumor mill within that window? 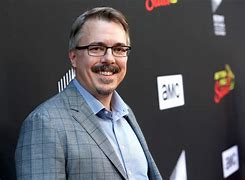 Emmy’s already got a call in of her own.