Of all of the storylines that have played out this year in the NFL, apart from who gets in the playoffs and which Nick Saban protege is the more accomplished NFL quarterback the protracted and ever-changing negotiations for who will win the rights to the league’s Sunday Ticket franchise has been one of the more dramatic and compelling.  As of this writing, no official deal has been done, though yesterday multiple media outlets reported that one is imminent.  And the winner, at least in the eyes of many who are reporting it, was eye-raising.  Witness VARIETY’s Todd Spengler: 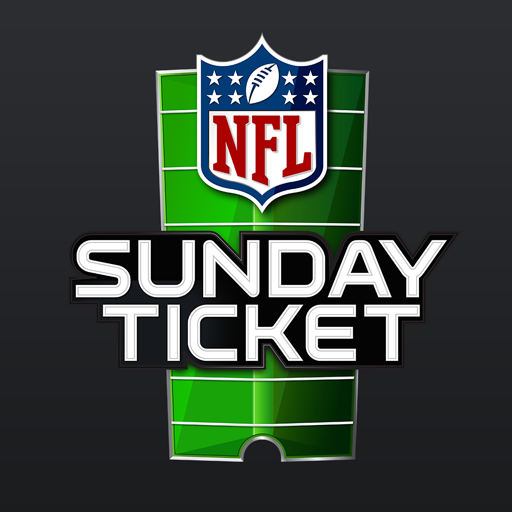 oogle’s YouTube TV is close to getting over the goal line on a rich deal for the NFL’s Sunday Ticket out-of-market games subscription package in the U.S., according to multiple reports.

If the pact goes through, starting with the 2023 NFL season, YouTube TV would become the exclusive home to Sunday Ticket after the package rolls off DirecTV, which has hosted it for nearly three decades. The “advanced talks” for Sunday Ticket between YouTube and the NFL were first reported by the Wall Street Journal.

Google has “discussed” paying the NFL $2.5 billion per year for Sunday Ticket, the New York Times reported. The league also could receive additional payments from Google for performance targets, such as fees based on the number of YouTube TV subscribers gained through the football package. Since 2015, DirecTV has paid about $1.5 billion annually for Sunday Ticket rights.

Well, this news surprised a lot of observers, but not moi, and hopefully not you, if you happened to be reading this space back on July 26th:

When Roger Goodell held his press conference earlier this month in Sun Valley to announce that NFL Sunday Ticket will be heading to a streaming platform for its 30th season next fall, it had all been ordained that Apple TV+ or Amazon’s Prime Video would be its destination.  After all, both have multibillion (ok, trillion) dollar valuations, the capacity to immediately reach hundreds of millions globally, a brand name and an appetite for sports. 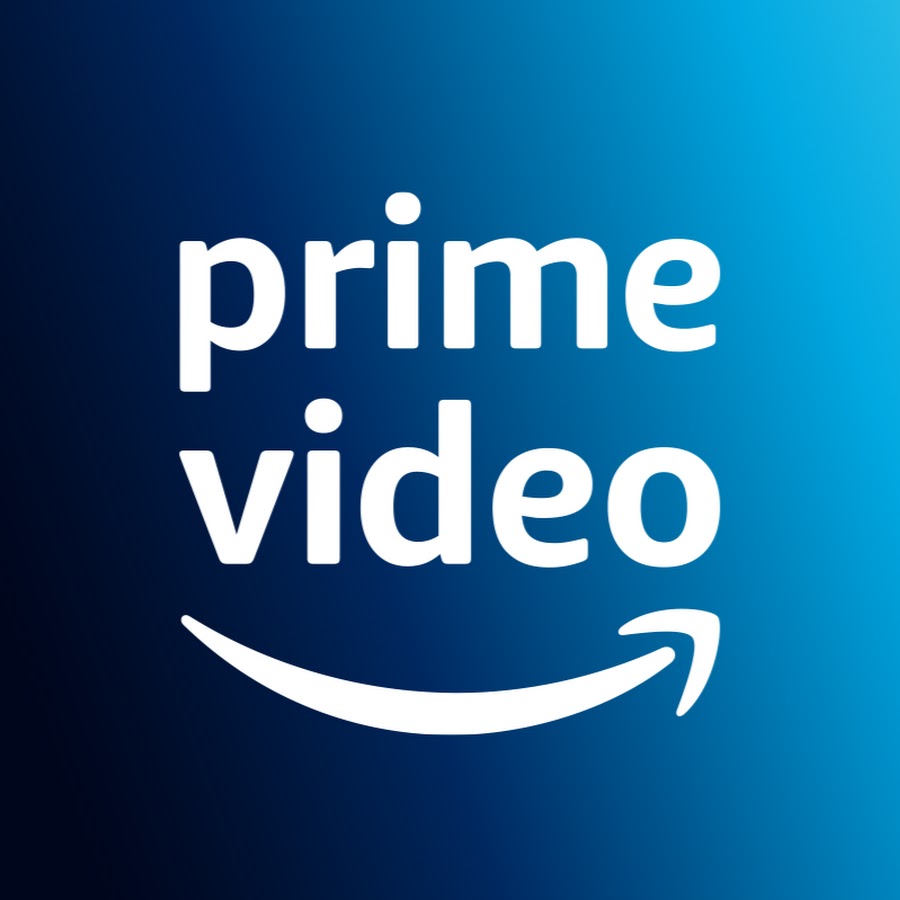 Both have already established beachheads in sports rights–Prime Video more dramatically and specifically with its impending launch of Thursday Night Football, which has already lured Al Michaels and many other established on-camera and production talents to it; ATV+ has at least dipped its avuncular toe in the water with Friday Night Baseball and its Gen Z-targeted announcers and stat onslaughts for a sport with a dearth of existing fans who qualify as such and its impending roadblock of Major League Soccer telecasts for a generation that knows and loves the sport well enough that, in the global paradigm, MLS is the equivalent of the XFL.

But, much like a cornerback streaking down the sidelines to chase down a wide receiver sprinting to the end zone, in yesterday’s New York Times a third viable competitor with many of the same qualifications as these two–including valuation–has emerged for these rights.  Yes, Google and You Tube TV were revealed to be very much in the running for the package.

You Tube TV has all been ignored in the last couple of years by media observers over the age of 30 after it unceremoniously exited the scripted TV wars, allowing both hit COBRA KAI and its experienced executive Suzanne Daniels leave, announcing at the time that it would focus exclusively on unscripted content and influencers for its originals, and utilize that to drive subscriptions to its VMVPD aggregation of 85+ channels.  Well, duh, NFL football certainly qualifies as both unscripted and influential, as well as immensely popular with people both under and over 30.  And it’s not as if they’ve ignored the world of live sports.  For the last couple of years they’ve been the lead sponsor of the NBA Finals.

And, indeed, DIRECTV’s stake in the subscription TV landscape was cemented by the roughly 1.1 million passionate fans it drew at its peak away from traditional cable who became adopters of satellite distribution, and the expanded number of channels it offered to its subscribers.  You Tube TV offers a more controlled list of channels versus the current portfolio of DIRECTV and, certainly, digital cable, but more than enough for households where movies and library content series are readily available on AVODs and SVODs.  It has key local channels, most of the popular linear channels, and add-on options for pay channels and somewhat more obscure channels like ALLBLK and Billiards TV.

Even more significantly, it is measured by Nielsen and last week Nielsen announced it is expanding its cross-platform measurement of YouTube across computer, mobile and connected TV devices so that media buyers can more accurately compare audiences to linear TV.   As reported by TV Tech 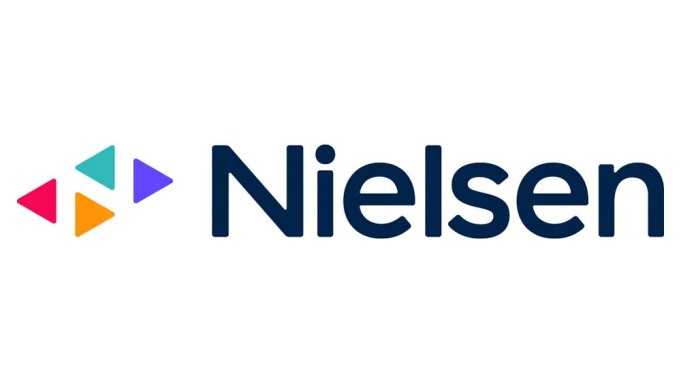 The launch of Nielsen Four-Screen Ad Deduplication is also a foundational step towards deduplicating audiences across devices, services and platforms in Nielsen ONE, the company’s forthcoming cross-media measurement platform designed to deliver comparable metrics across screens and various stages of the media lifecycle, the company said.

This is noteworthy, Nielsen said, because YouTube accounts for over 50% of ad-supported streaming watch time on connected TVs among people aged 18+ in the U.S., according to Nielsen Streaming Platform Ratings.

When Goodell made his proclamation, I had all but announced to the world that my days with DIRECTV are numbered, and I was prepared to hunt for a new channels provider, much to the happiness of my more progressive roommate who equates my addiction to the dish as a Luddite compromise.  Much as football fans like me weaned off cable when Sunday Ticket spearheaded that adoption, should YouTube TV wind up with it now my search will be officially ended.  And even with a few add-ons, including whatever they charge for Sunday Ticket, it’ll likely be cheaper than what I currently pay DIRECTV.

Its current base package is $65 a month; $55 for the first year.  I haven’t quite done the math, but when all is said and done I pay many times that for DIRECTV and the sports franchises I also subscribe to, virtually all of them also available through YTTV.  One would think they might find a way to drop that adoption price down even further in order to be sure I continue to overpay for Sunday Ticket, which, of cours, I will, as I suspect so many others will, too.

With those factors in play, if nothing else Google is going to drive the price up for whoever does land Sunday Ticket, and what’s a few billion among frenemies, anyway?  I can only imagine how Eddy Cue and Mike Hopkins are feeling about search engines this morning.

Here’s a side bet they’re switching to Bing.

Most of these salient, and important strategic options for both sides, have been cited in the reports of this imminent deal that have emerged.  One newly reported side benefit for the NFL is that the DirecTV Fantasy Zone channel will cease to exist, leaving the NFL Network’s Red Zone channel as the sole outlet for live look-in coverage of scoring drive after scoring drive, a coverage approach that is favored by younger viewers and one, no doubt, that marries well to YouTube’s demographic profile and their content.   And, much like the Amazon Prime Video Thursday Night package, non-residential rights for bars and restaurants can be sold to a provider like DIRECTV, keeping them among the growing list of the NFL’s partners that ultimately can be leveraged against each other in future deals.

Or it may even spur businesses to sign up for and improve their ability to show streaming services on site, which would indeed add subscribers to YTTV, which can then use the likes of Nielsen’s out-of-home measurement to better monetize their audience over and over subscription fees.  Which considering what they’re paying isn’t necessarily a bad thing.

But you already knew that, didn’t you?