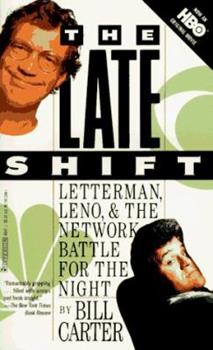 Late night television is in transition, and 2022 saw the departure of several veteran hosts, including Trevor Noah, Samantha Bee and Desus and Mero, among others.  James Corden is set to step down in the spring.  Rumors of John Oliver ending his brilliant LAST WEEK TONIGHT and even Seth Meyers moving on as the eventual successor to Lorne Michaels in showrunning SATURDAY NIGHT LIVE are beginning to mushroom.  And because the way we watch this content has largely been transformed to being done at any time of the day, on devices as much as traditional screens, and the very definition of comedy is becoming a generational debate, there’s no grand succession to replace any of these talents the way there was back in the 90s when Dave and Jay battled it out to attempt to replace Johnny Carson, and Joan Rivers and others flopped miserably in the process.

So arguably the next person to have a daily pulpit could be virtually anybody.  It could even be me.

Now before you offer that perhaps I have indeed lost my mind, let me remind you of something I began to do earlier this year, devoid of any other pressing opportunities: 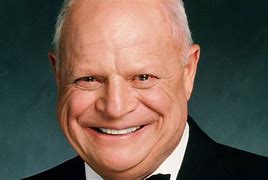 Truth is, I had thought about giving it a go for decades. I’ve always had a thing for comedy clubs and comedians.  For as much of a fan of game shows and sports as I am, stand-up isn’t far behind.  Any time Don Rickles would appear on The Tonight Show, my mom would allow me to stay up late and watch.  When Doc Severinsen would play THE MATADOR and Rickles would strut out to thunderous applause and Carson’s deadpan moniker of “Mr. Warmth”, I would forget my tiredness, my surroundings and often my life for the rest of the show.

Rickles’ “act” was being himself–as he would sing, “I’m a Nice Guy”.  That evolved, of course, through years of vaudeville and standup and survived a couple of really bad sitcoms.  Well, I’ve at least audience tested and attempted to promote a lot of them.  Plus, I’m short, Jewish and, now, bald.  So at least I hit a few of the tick marks.

I’ve always been attracted to people who’ve had the guts to try and get others to laugh WITH them, not AT them.  I briefly dated a woman who emceed at a comedy club in Pasadena who looked a lot like Sandra Bernhard, who at the time was to me an attractive, self-deprecating woman who seemed capable of some wild sex if nothing else.  Turns out she often competed with the actual Bernhard for roles, and never got any of them.  This woman lived in a dark basement studio apartment in Hollywood with dim lighting, shabby chic furniture and an obsessively cross-categorized box of index cards with her jokes written in longhand that she’d pore over when we’d get back from a date paying scant little attention to me.  Needless to say, not only did the wild sex never happen, mild kissing didn’t even occur.  The “tears of a clown” description was far too apt.  For the life of me, I can’t recall her name; considering my dating history, you had to be pretty unimpressive to not even register that strongly with moi.  Wherever she is today, I sure hope she’s happier now.

A few years later, I met a far more attractive woman at a party right after my first divorce.  She was a comedy writer who at the time had a weekly column about Jewish dating, and way, way out of my league.  But I truly enjoyed our conversation, and when she marveled at how well I knew the mechanics of the show she was about to win an Emmy for she playfully dubbed me “Mr. TV”.  When she agreed to have coffee with me, I was elated.  Naturally, I had different intentions than she did.  She wanted to talk shop, and I wanted to drown in her incredible eyes. 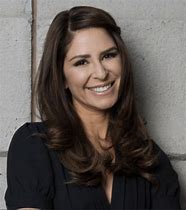 We met at Canter’s Deli, in a back area called the Kibitz Room.  Canter’s is a Los Angeles landmark a few blocks from CBS Television City, and via the Kibitz Room became a destination for younger comics as well as old Jews.  Miss Out of My League quickly dismissed any romantic thoughts I had but listened to me lament about being newly single, morbidly obese and afraid of being alone.  Turns out even someone who looks like her had her own challenges with life and men.  I was honestly dumbfounded.  I couldn’t fathom how someone who seemed so incredibly put together could have so much in common with a schmo like me.   We saw a few acts, none of them as impressive or as lovely as the person who reassured me that I wasn’t half as bad off as I’d been thinking.  If you recognize her picture, you’ll know who she is and you can perhaps indulge my infatuation.  She’s happily married now (of course to a truly handsome Goy), is the proudest mom of two adorable baseball-loving boys and mines comedy from her new life as a mom, daughter and news personality.  We occasionally connect on Facebook.  That’s the extent of our connection.  But she left a spark in me that it took decades to reignite.

Naturally, when I lived with the beautiful roommate my thoughts of Miss TV were rekindled.  Among roomie’s other credits were several improv workshops, videos of which she happily shared with me.  Believe me when I say those videos of her were even more arousing to me than the ones she didn’t want me to see.   There’s something truly intoxicating to me about someone who can turn the world on with a smile, who when the red light goes on has the energy and resolve to get the world to appreciate them for something besides their physique.  As she helped me get my own physique in somewhat better shape my desire to be on the other side of the camera was reignited.

So when another friend invited me to the same Kibitz Room at the same Canter’s (that, thankfully, is one of the Los Angeles delis that still exists) for a open mic night, I jumped at the chance.  This friend has been through even more hell than I have with physical and financial struggles that arguably have exceed mine.  He survived his own scares and has chosen to use humor for healing.  He playfully asked “Why not get up there yourself”?

I had no material, no index cards.  I vamped.  I talked with my hands and rocked nervously.  The room had less than ten people in it, half of which were there to try out their own material.  I did hear laughter and applause.  As my beautiful new friend reminded me, I didn’t bomb. As a performer, that’s the bottom line barometer.  Don’t suck.

A friend of my friend was watching my shtick and said she was impressed.  She wants to introduce me to people who can help me pursue this passion.  I have no idea if that can happen.  But I have her number, and she’s getting a call.  And Lord knows I’m open for business.  And another cup of coffee.

I’ve had a few return engagements.  I’m beginning to develop a repetoire.  I’m starting to become a tad less nervous.  I’m beginning to notice what material resonates.  I draw my inspiration from topical humor, usually in the manner that this space generates its daily entries.  So far, I haven’t been thrown out, and no one has thrown anything at me or tried to slap me.  In that respect, I’m already ahead of plenty of other more experienced (and better compensated) funny people.

And before you dismiss this as folly because, let’s face it, I’m hardly the youngest person out there trying to do this, or if there is an audience that I could possibly appeal to, two more little news items emerged this week to give me a shred more hope. 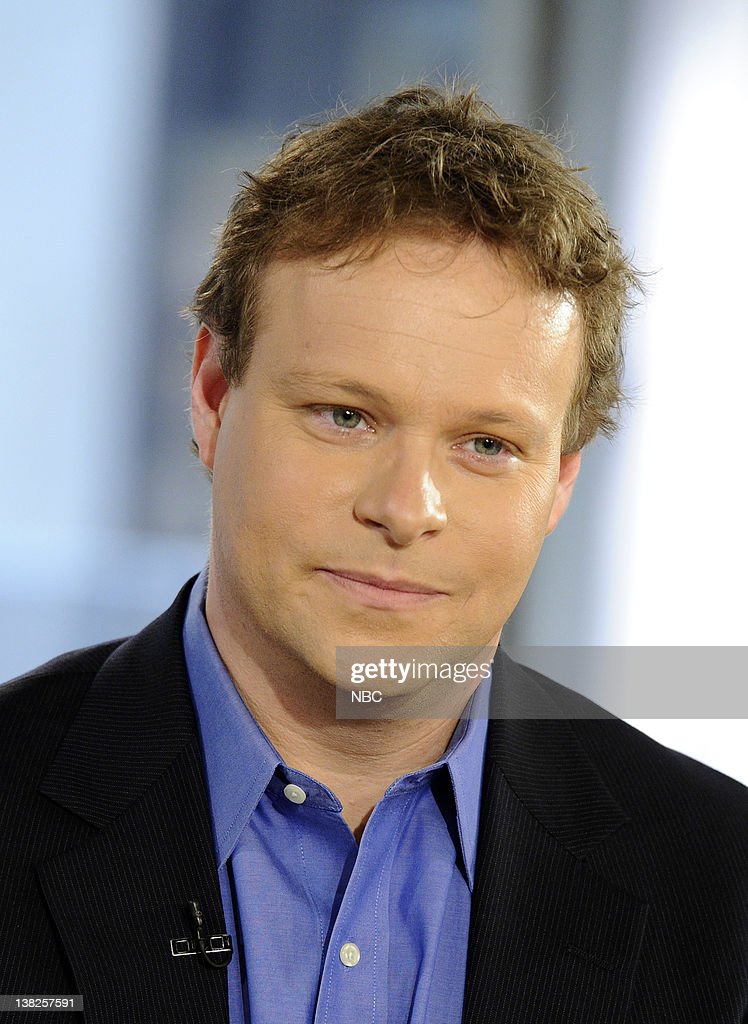 For one, CNN president Chris Licht is reportedly considering the launch of a late night show for CNN, particularly as their prime time lineup continues to deteriorate and the search for worthy competitors to the likes of Tucker Carlson prove to be difficult.  FOX News has had some surprising success with a semi-talk format starring THE FIVE’s Greg Gunfeld in late night, which Licht reportedly refused to acknowledge as such when he was producing the daypart’s current leader, THE LATE SHOW WITH STEPHEN COLBERT.  But he does acknowledge the potential for a news network to do topical comedy at cost, and he’s smart enough to realize that some of FOX News’ audience actually is capable of changing the channel.  Maybe I can help with that, if not as a performer, then certainly as a consigliere.

Bill Cosby announced on Wednesday that he’s mulling a tour in 2023, but news of the comedian’s planned comeback isn’t sitting well with some.

Cosby, who was convicted in spring 2018 for drugging and sexually assaulting a woman as around 60 others accused him of various offenses, addressed the idea during a surprise interview on “WGH Talk” radio, according to Variety. Host Scott Spears asked the entertainer whether he may be able to return to touring next year.

He continued: “Yes, because there’s so much fun to be had in this storytelling that I do. Years ago, maybe 10 years ago, I found it was better to say it after I write it.”

The 85-year-old actor also reportedly told Spears, “When I come out of this, I feel that I will be able to perform and be the Bill Cosby that my audience knows me to be.”

Now, Chris, I may not be your first choice.  But please–perhaps I can at least be ahead of HIM?